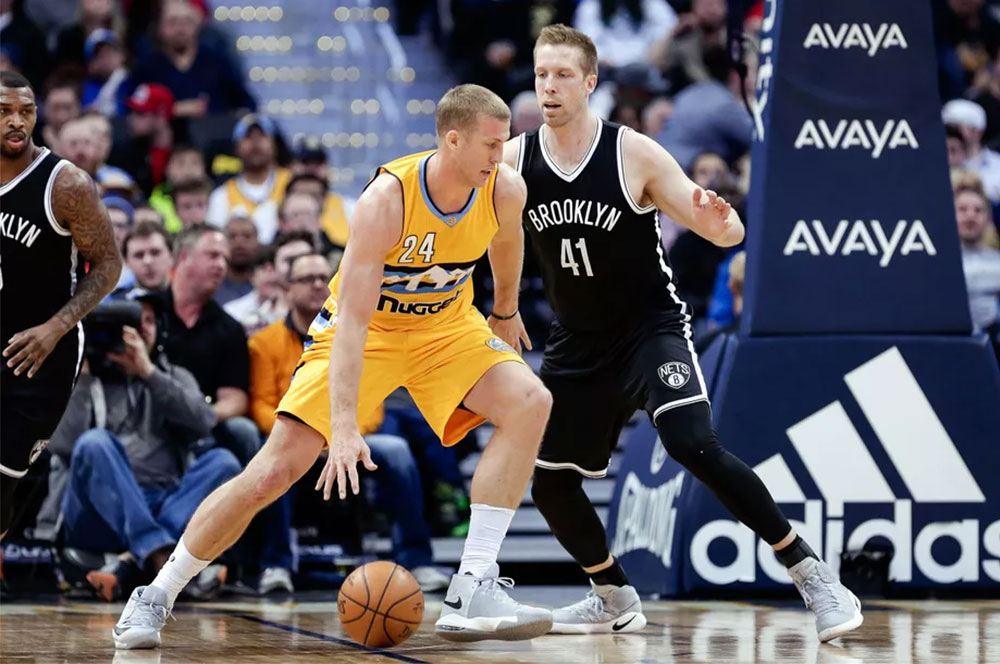 The Nuggets were victorious in their first home game since February 15.

The Nuggets didn’t show up for their first game back from the All-Star break last night, and before the game, some raised concern that Nikola Jokic hasn’t played like himself lately suggesting that perhaps the pressure of being the focal point of the team is getting to him.

Coach Malone explained that Jokic went into All-Star weekend fatigued, and he wasn’t able to get much of a break since he played a lot of minutes in the Rising Stars competition, and competed in the skills challenge on All-Star Saturday Night. Malone also placed the onus back on the other players explaining that when the Nuggets aren’t cutting and running they aren’t helping Jokic be effective. Malone made the decision to bench Emmanuel Mudiay and start Jameer Nelson & Gary Harris in the backcourt with Jamal Murray and Will Barton off the bench.

For the first couple minutes of tonight’s game it looked as if the Nuggets would play just like they played last night. Unfortunately, Jokic got off to a tough start and got into early foul trouble seeing bench time at just the 9:39 mark in the 1st quarter.

Fortunately, Mason Plumlee entered the game with some energy producing a tangible shift in momentum that allowed the Nuggets to take the lead. Denver then began to play stronger D setting the Nets’ offensive teeth on edge, but Jeremy Lin still managed to sneak his way into the paint a few times. The Nuggets made solid effort to drive to the rim while Danilo Gallinari and Plumlee did work on the offensive glass. Brooklyn struggled mightily on the rebounding effort which decreased their second chance scoring attempts drastically. At the end of the 1st quarter the Nuggets led 30-25 scoring 12 out of 26 shots. They put up most of their shots from the 3-point line, missing several opportunities for back door layups in the process.

Denver started the 2nd quarter by putting up a couple of quick shots, but they lost their grip once again on defense. Perhaps it’s the stress of a back to back, or perhaps they just have a hard time with consistency, but the Nuggets’ defense tends to wax and wane from one minute to the next. Malone took a quick time out, and Plumlee came in getting right to work on D producing yet another tangible uptick in momentum. Denver’s ball movement was excellent toward the end of the second quarter, and they executed well on driving to the rim to lure defenders in, only to kick the ball out for wide open outside shots. Heading into halftime the Nuggets out rebounded the Nets 28-15 with only two of the Nets’ 15 rebounds coming from offensive end.

In the second half, Brooklyn & Denver both came out hot on offense. However, Denver was able to quickly take the upper hand by playing aggressive defense and getting to the rim. Gallinari proved difficult to guard tonight as Brooklyn seemed to only have under sized perimeter players to match him up with. He took charge helping put Denver up by 21 points. Brooklyn’s offense had all but shut down in the 3rd with Denver outscoring the Nets 37-21.

The massacre continued into the final quarter of the game with Denver reaching a game high lead of 32 points. Although Brooklyn was playing with a smaller lineup, they were still finding their way to the rim—they just weren’t able to finish. Gary Harris put up a career high 25 points for the game followed by Wilson Chandler with 24, and Gallinari with 20. However, the man of the night was Mason Plumlee who just barely missed a triple double bringing in 12 points, 12 rebounds and 8 assists. Plumlee’s contribution was tangible and Nuggets fans should be excited about what he will bring to Denver.