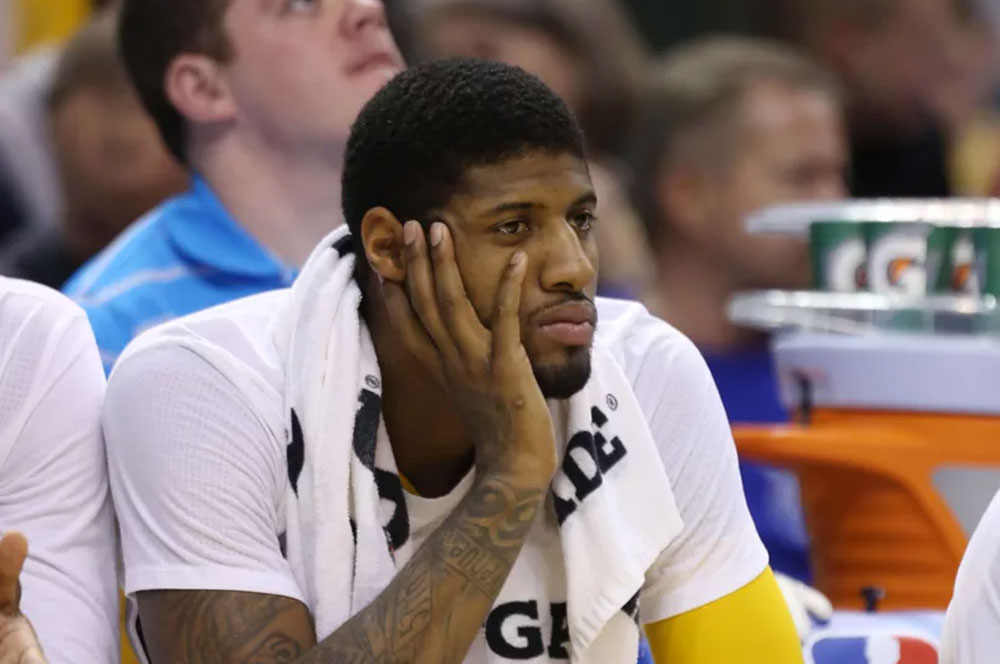 The fact that they even felt the need to consider trading him shows how they’ve squandered his prime.

Paul George’s free agency begins in the summer of 2018, so it’s easy to see why there is so much urgency with the Pacers front office to create a winning team now. What doesn’t make sense is the Pacers spending the final hours of the 2017 trade deadline mulling trade offers for the All-Star.

Yet that is exactly what they did. And though a deal ultimately didn’t get done, the fact that the Pacers were even listening to trade options for George means they’ve already failed him.

Paul George is 26 years old, still in his prime (despite his leg injury), and one of the best two-way players in the game. He’s grown up with the Pacers since they drafted him No. 10 in the NBA draft in 2010.

Since he recovered in sparkling fashion from an awful leg injury in the summer of 2014, the Pacers have spent the past three years trying to surround George with talent. But while trying to develop an identity, they’ve continuously failed, putting groups of mismatched players with mismatched styles around George.

This is how they failed him.

In 2015 when George returned from his leg injury, the Pacers vowed to be a faster team. David West, the team’s vocal leader, took an $11 million pay cut to walk away. On the way out, he said he wanted to win now (hence, joining the Spurs) and didn’t like how Larry Bird treated Roy Hibbert in Bird’s postseason press conference. The Pacers then traded Hibbert to the Lakers.

The moves signaled a complete departure from the successful smash-mouth style that got the Pacers so far. That’s Bird prerogative and it’s fair to wonder if that style had run its course. The problem is that the Pacers didn’t do much else to help George accomplish this team-wide transition. They signed an aging Monta Ellis, Chase Budinger, and Jordan Hill, none of which moved the needle. Only Ellis remains, and he was benched earlier this season.

Because of that rocky start, there was a constant struggle between George, the front office, and the coaching staff. They ultimately reached a truce: George played small forward and fellow wing C.J. Miles stepped up to try and fill the interior position. Miles missed several games throughout the course of the season with a back injury and fell into a shooting slump, both of which were certainly related to the toll playing the position took on him.

That ultimately resulted in an uneven season where the Pacers limped into seventh place in the Eastern Conference. In the 2016 playoffs, the Pacers somehow pushed the Raptors to seven games thanks to George’s brilliance. He singlehandedly pushed a flawed team to the brink of the second round of the playoffs.

When it proved to not be enough, the Pacers fired beloved and highly successful coach Frank Vogel. The same Frank Vogel who had been there every step of the way for the Pacers as they tried to climb to the top of the East. Vogel was also the coach who took over when Larry Bird fired Jim O’Brien in 2011. He dug George out from the end of the bench where O’Brien had left him and let him turn into the player he has now become.

Vogel’s inability to make the new roster work with Larry Bird’s preferred style eventually caused his demise. But whose fault was that really?