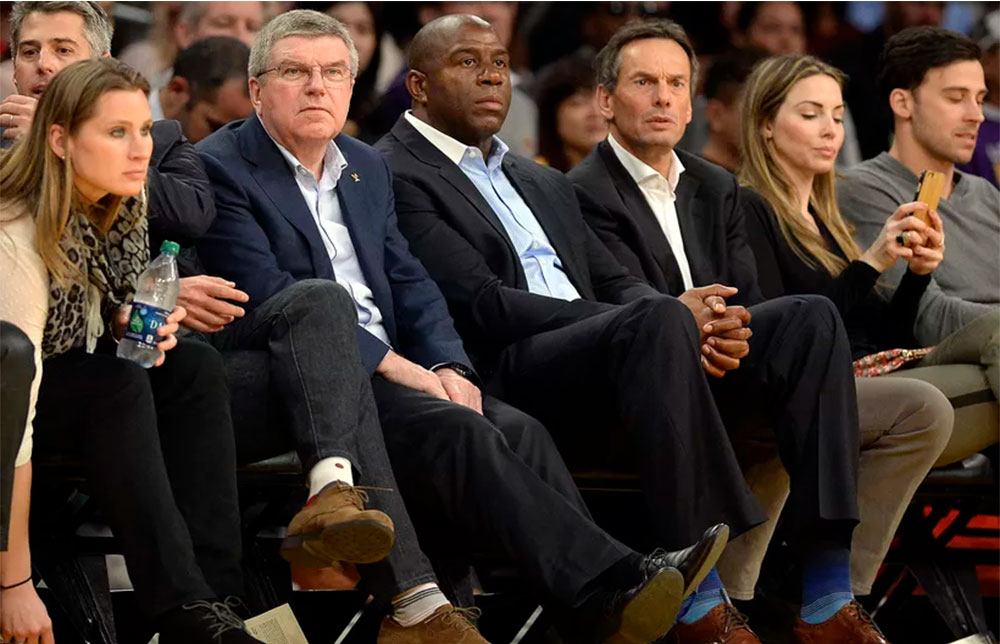 Magic’s takeover of the Lakers is happening two days before the trade deadline.

The Los Angeles Lakers have hired Hall of Famer and five-time NBA champion Magic Johnson as president of basketball operations, the team announced on Tuesday. Long-time general manager Mitch Kupchak was relieved of his duties, and Jim Buss will no longer serve as Lakers executive vice president.

"I took these actions today to achieve one goal,” Lakers Governor Jeanie Buss said in a statement. “Everyone associated with the Lakers will now be pulling in the same direction, the direction established by (Magic) and myself. We are determined to get back to competing to win NBA championships again."

Johnson’s hiring as team president comes just weeks after he stepped into an advisory role with Los Angeles in early February. One week later, the Lakers’ legend told USA Today he wanted to call the shots in the front office.

“Right now I’m advising. I get that,” he said. “But at the end of the day, then we all got to come together and somebody’s got to say, ‘I’m making the final call,’ all right? And who’s that going to be? So, we’ll see what happens.’’

Johnson has been outspoken about Jim Buss’ inability to create a winning team.

In April of 2014, Buss said he would step down if the Lakers were unable to make a deep playoff run within three years. Los Angeles has won just 84 total games since the end of the 2012-13 season and, at a 19-39 record, have fallen short of expectations to take a step forward this season.

"Jim is trying to do it himself and trying to prove to everybody that this was the right decision that [his] dad gave [him] the reins," Johnson said in 2015 on ESPN's First Take. "He's not consulting anybody that can help him achieve his goals and dreams to win an NBA championship."

Los Angeles selected Brandon Ingram with the second pick in the 2016 NBA Draft. Ingram was the latest addition of a Lakers youth movement that included guards D’Angelo Russell and Jordan Clarkson, and forwards Julius Randle and Larry Nance, Jr.

A 12-time NBA All-Star, Johnson spent 13 seasons with the Lakers, guiding them to five NBA titles, including back-to-back championships from 1987-88. He was the magician floor general of the great Showtime Lakers teams that also featured NBA greats Kareem Abdul-Jabaar, James Worthy and Michael Cooper.

Johnson is the NBA’s all-time leader in assists per game and boasts career averages of 19.5 points, 11.2 assists, 7.6 rebounds and 1.9 steals.