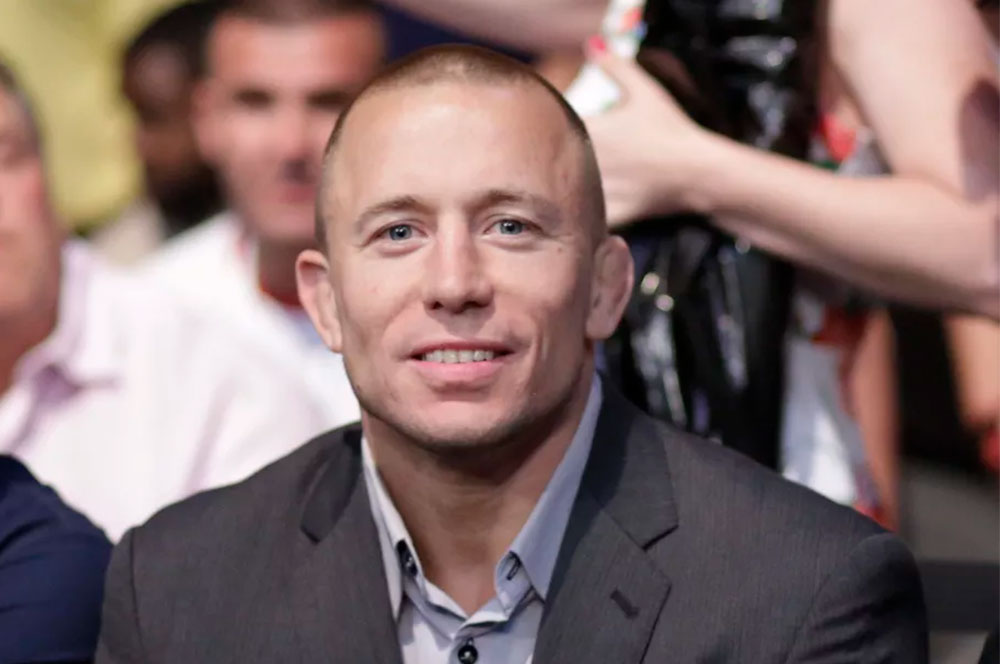 The LA Times confirms that former welterweight champion, Georges St-Pierre is back in the UFC.

Georges St-Pierre is oficially back. Lance Pugmire from the LA Times reports, per Dana White, that the former welterweight champion has closed a deal with the UFC after negotiating with other promotions and testing the market.

The now 35-year old St-Pierre vacated his belt and retired shortly after his last title defense, a split decision win over Johny Hendricks in November 2013. He left the sport on a twelve-fight winning streak and a 25-2 record, having avenged both losses to Matt Hughes and Matt Serra.

St-Pierre’s return has been surrounded by talks of super fights against Anderson Silva or Michael Bisping. At the moment, however, no opponent has been announced, nor a date or a venue for his return. St-Pierre will be making his return to competition after roughly three and a half years on the sideline. Stay tuned to Bloody Elbow for more updates as the story evolves.

UPDATE: In the LA Times article announcing the deal, Dana White went on the record to pitch some ideas about GSP’s first fight for his return to the Octagon. It appears they don’t have an immediate plan, but GSP could be fighting for a title again soon:

“It could be the winner [of the March 4 welterweight title fight] between Tyron Woodley and Stephen ‘Wonderboy’ Thompson, or it could be [middleweight champion] Michael Bisping,” White said. “Georges has also talked about fighting at 155 pounds [lightweight]. He says he can make the weight.

“But I have no idea when he’s going to fight right now. We don’t have anything booked and literally haven’t talked to anybody about it.”