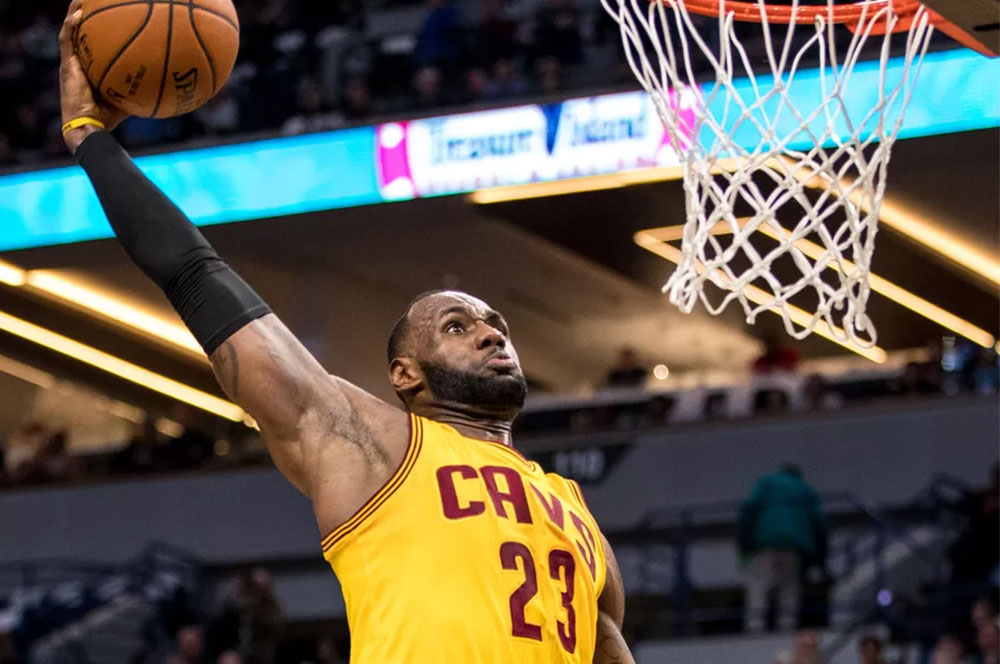 In a game that was relatively close all the way through, the Cavs pulled off a 116-108 victory in their first game since the announcement of Kevin Love’s knee surgery, behind a near triple double from LeBron (25 points, 14 assists, eight rebounds). Channing Frye (21 points, 10 rebounds) and Tristian Thompson (14 points, 11 rebounds) combined to account for Love’s absence, through Thompson’s energy down low and Frye’s perpetual green light to shoot from deep. Andrew Wiggins, who always plays well against the Cavs, had a game-high 41 points, with Townes adding 26 more.

The first half, which ended 69-61 Cavs, was a back-and-forth slugfest, with five lead changes — each team pulled ahead by nine at different points.

To go along with eight assists in the first half, LeBron also added 14 points, mostly by attacking the rim after going cold from mid range early in the game.

Maybe the most productive performance of the half was from Channing Frye, who with 14 points and nine rebounds, was more than adequately filling in for Love in terms of hitting the glass and stretching the floor.

Towns was 6-6 from the field with 12 points in the first quarter, but didn’t score in the second quarter (he only shot one FG in the second), while Wiggins added 18 points on 14 shots.

After trailing by as many as 14 in the third, the Wolves cam back to tie it up after Wiggins hit a three to bring it within two, which he followed up with a buzzer beater. Being one of those games where the energy level was pretty high, but no one seemed to care much about playing lockdown defense, it was all about theatrics — a game filled by brilliant performances and big box scores. The Cavs lead dwindled and swelled throughout the second half, but they never gave it up.

• Kyrie had a pretty mixed night. At first glance, with 25 points and seven assists, everything would seem fine, but he struggled from the field, finding very little space or rhythm, shooting 37 percent from the field and 20 percent from three. Although, at times, a continuing trend of his development as a facilitator was apparent, with a fluid two-man game with LeBron, and an increased ability to see his teammates from the lane. Last year his passes tended to be late, and earlier this year, he seemed to be overpassing, but right now he’s showing flashes of a more balanced attack. He had a few nice passes that weren’t finished, and, on top of that, we know he’s not going to usually be this cold, so I think there’s a definitely optimism to take from a less than ideal game from Kyrie.

• Derrick Williams is doing exactly what the Cavs hoped he would: switching multiple positions and being a disruptive, athletic presence on defense, while hustling in transitions and making the most of his opportunities on offense.