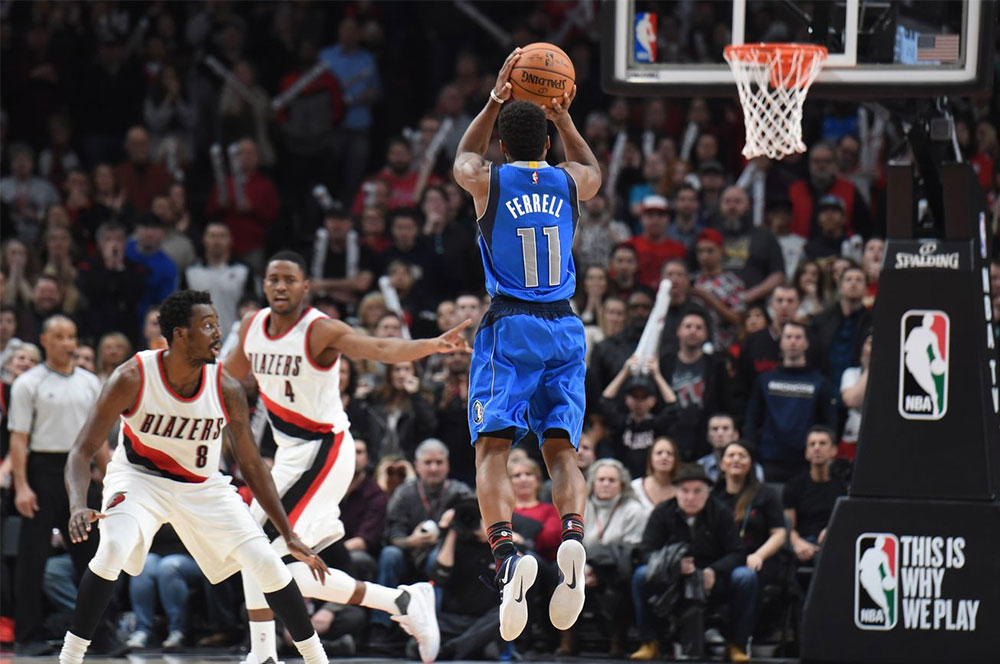 The Dallas Mavericks signed free agent Yogi Ferrell last Saturday in desperation. Another 10-day contract player, Pierre Jackson, went down with a hamstring injury, and the Mavericks already were depleted at guard. Deron Williams has missed four straight games with a toe injury, J.J. Barea is continuing to miss time with a calf injury — the third time he’s hurt it this season — and on Friday, Devin Harris missed the game with illness, too.

Dallas had to have another guard. They opted for Ferrell, who had spent time with the Brooklyn Nets earlier this season but ultimately was cut. He spent his college years at Indiana, where he was a solid guard with a great three-point shot. It’s still a bit surprising he went undrafted in the 2016 NBA Draft — if you had to speculate, you’d probably look at his height and average athleticism. But in Dallas, it looks like the Mavericks have found something with Ferrell.

He played his first game on Saturday, scoring nine points and dishing seven assists in the Mavericks first win in San Antonio since 2011. The next day, Ferrell helped Dallas take care of Cleveland at home — also their first win against LeBron James since 2011. His outing against Philadelphia on Wednesday wasn’t great, shooting 3-of-13, but what Ferrell did against Portland on national television more than makes up for it.