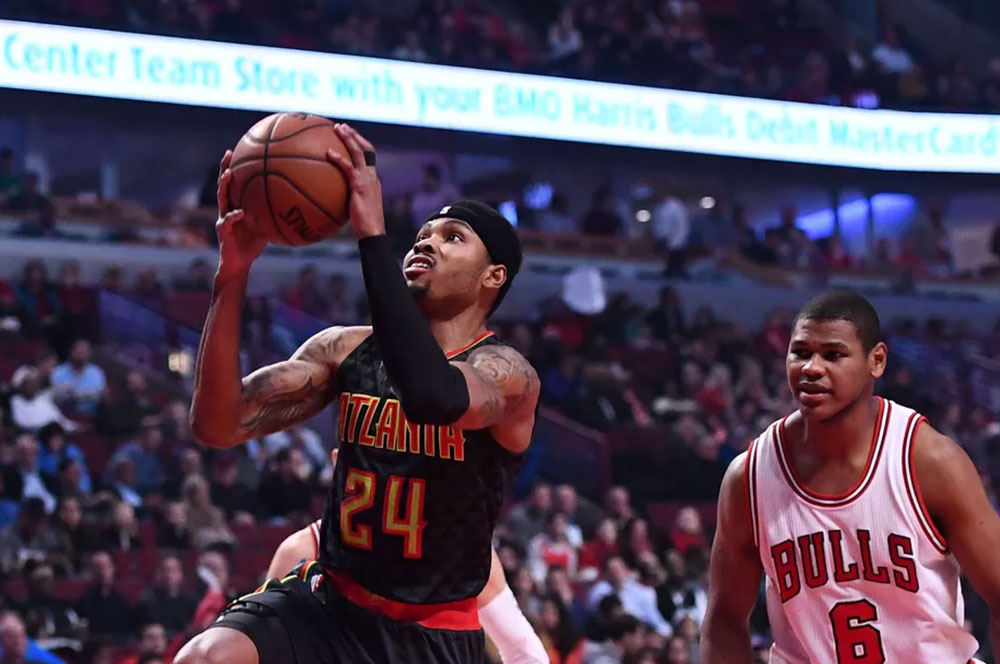 The Atlanta Hawks beat the Chicago Bulls tonight by a score of 119-114, pulling off an improbable late comeback. The Bulls led for most of the evening, and the Hawks only took the lead for the first time late in the fourth quarter. After a disappointing showing on Monday night, this was a nice victory for the team.

Chicago led by a score of 59-51 at the end of the first half, largely on the strength of Dwayne Wade’s and Jimmy Butler’s performances. Butler shot 5/8 from the floor, while Wade hit an astonishing 9/12 field goals. While both of these players are good scorers, at least some of this outburst should be attributed to defensive lapses as well. Wade was able to get several shots off with little difficulty, and Atlanta looked disorganized at times.

On the Hawks’ side, Tim Hardaway Jr. had a nice first half. Hitting three of his four 3-pointers, Hardaway had 12 of the team’s 51 points. Paul Millsap and Dennis Schroder struggled though, hitting a combined 4/12 of their shots and each posting a negative plus/minus rating.

After trading baskets for much of the third quarter, the Hawks went on an 11-0 run, capped by a Kent Bazemore 3-pointer, to cut the Bulls’ lead to one at 70-69. The Bulls were able to re-establish control in the final minutes of the quarter however, and led 83-78 as the fourth quarter began. The lead would have been three points fewer if not for a Jimmy Butler 3-pointer as the buzzer went off.

The Hawks struggled to break through for most of the fourth quarter, going on several small runs that always seemed to end with a Dwayne Wade or Jimmy Butler basket. However, Atlanta eventually took a 111-110 lead (for the first time all evening) with just over one minute left. Following a Bulls foul, Howard made a free throw to take the lead to 112-110 with 58 seconds left.

Atlanta managed to hold on to the lead with some timely free-throws and good defense, cobbling together a win. Unquestionably, much of this came from the Bulls collapsing down the stretch, but the Hawks made some key baskets as well that were vital to the outcome. This was far from a pretty performance, but still a nice win for the team.

Up next, the Hawks return to Atlanta for a key game against the Washington Wizards on Friday night. This could be a game with important playoff implications, as these teams sit right next to each other in the playoff picture at the moment.