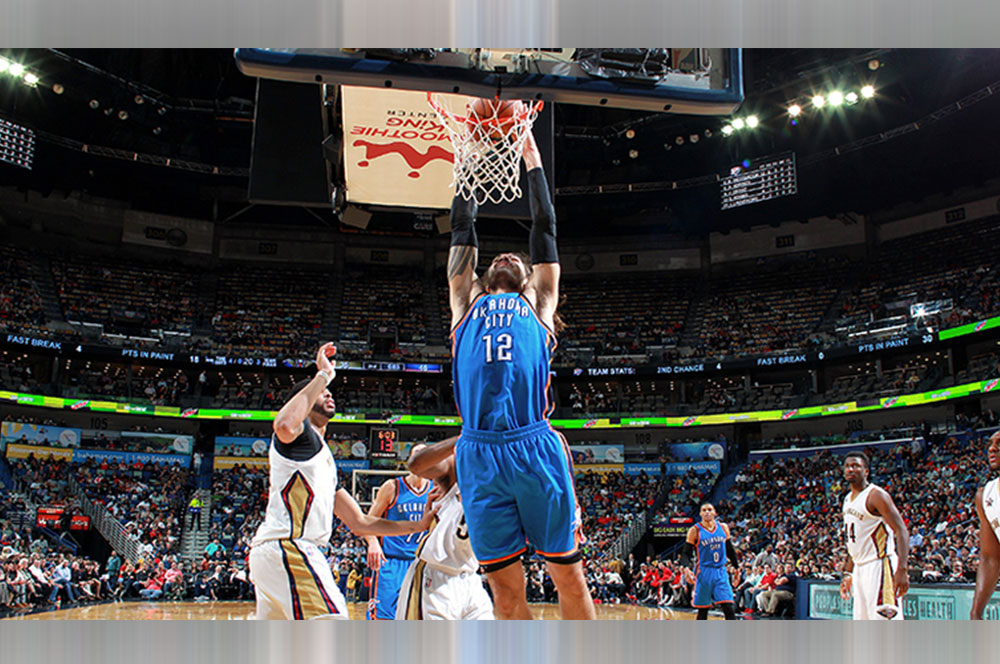 The Thunder dominated majority in New Orleans and held on for the road win.

The Oklahoma City Thunder defeated the New Orleans Pelicans, 114-105. Marking their second consecutive road win in a row, the Thunder used a bruising inside game behind Steven Adams (20-11-3 with 4 blocks) and Russell Westbrook’s triple-double (27-12-10) to hold the Pelicans at arm’s length for most of the night. The win brings the Thunder back to 8 games over .500 and an even 6-6 in their toughest month of the season with 3 games to go.

The Thunder opened up a huge lead in the 1st half by repeatedly exploiting the Pelicans’ middle, with a hobbled Anthony Davis eventually having to leave the game early due to a right thigh injury. Without rim protection, OKC scored 62 of their 114 points in the paint, led by Adams and Enes Kanter (17 points), Domantas Sabonis (8 points) and Andre Roberson (8 points). OKC committed to hammering the Pelicans where they were softest and it worked to large effect.

The only real struggle in this game, which saw OKC’s lead grow to 22 points at one point, was a 3rd quarter where their defense in particular continues to struggle. Even without the threat of Davis on the court, OKC still could not get consistent stops against the egalitarian Pelicans offense, which did not have a single 20 point scorer but did see 6 different players hit double-digits. New Orleans’ big 3rd cut the lead to 10 heading into the 4th. While the Pelicans were able to whittle their deficit down to 5, ultimately OKC’s control proved to be too great and the Thunder held on for the win.

OKC finally returns home for a quick one night stand against the resurgent Dallas Mavericks, and they finish up the month of January at the defending champs, followed by the ever-consistent Spurs on the 31st. If the Thunder can somehow win 2 of their final 3 games, they would finish this month with a winning record, an incredible feat indeed and a sign of significant growth as the All-Star break approaches.