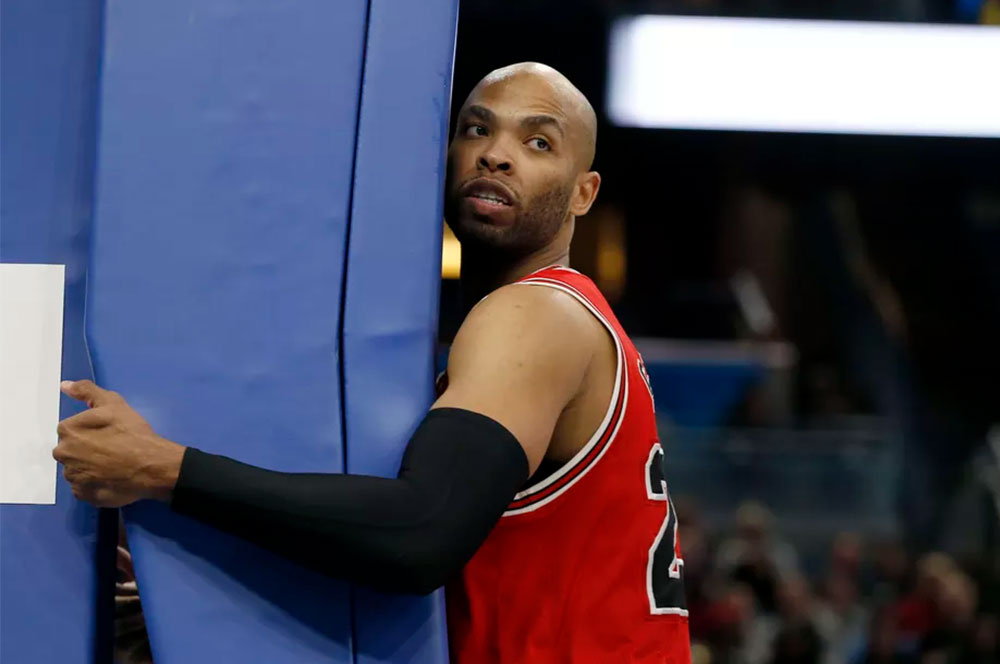 Back in that playoff race!

Dwyane Wade started the game 0-6, but subsequently went 9-17 to finish with 21 points. He also, pretty incredibly, had 7 steals, and I say incredible because he was doing the usual low-effort Wade thing. But he did hit a few of those turnaround midrange shots of faded hall-of-fame-shooting-guard past. Wade led the Bulls in scoring as they pulled away from the Orlando Magic late to win 100-92.

The Orlando Magic have a bottom-five offense, and were coming into the game with several injuries (including their leading scorer) so you could have a feeling the Bulls would get an ugly win here by just showing up. And man, it was definitely a horrendous start, the score was 8-4 Orlando midway through the first quarter.

The Magic started with Jeff Green and Aaron Gordon on the wings to guard Wade and Butler...and it was kind working. They packed the paint successfully, aided by a truly awful game from PG starter Jerian Grant*, and the Bulls were just taking turns in isolation without much effect.

It wasn’t until shooters like Zipser, McDermott, and Mirotic (and the sweet sweet roll action of Big Cris Felicio) opened up the court to where things got going for the Bulls. Not only was Butler (and later Wade) given room to work, McDermott himself hit four 3 pointers in a brief first-half stint, a few from the corner off of Rondo passes.

The rest of the Bulls were 1/9 from three in that first half, and the Magic were 6/8 as a team which kept them close. Serge Ibaka hit a few of his tries, but routinely got absolutely worked by Taj Gibson in the post. An interesting note as both guys are unrestricted Free Agents this summer.

The Magic wound up going 6/25 for 19 points in the fourth quarter, including 1/10 from three, and looked especially hopeless once after being down a significant margin even though there was plenty of time left. That hunch proved correct as I fast-forwarded through much of the final six minutes and didn’t see the score change much.

Orlando was likely drawing dead regardless tonight, but having 19 turnovers in the game sure didn’t help. The Bulls defense seemed just as much a mess as usual, what with the usual stylings of Wade and Rondo, and the Bulls wings off the bench being Zipser and McDermott. But it didn’t really matter, as Orlando was sloppy as hell throughout. Like, Elfrid Payton was carving up the Grant/Lopez tandem at times in the pick and roll, but then also had 8 turnovers himself. That’s what these Eastern Conference battles get you: play pretty bad, but it doesn’t really matter.

*In the latest Hoiberg moves: Grant started, Rondo came off the bench, Zipser jumped McDermott in the first half but not the second, and Portis+Valentine+MCW all were DNPs.