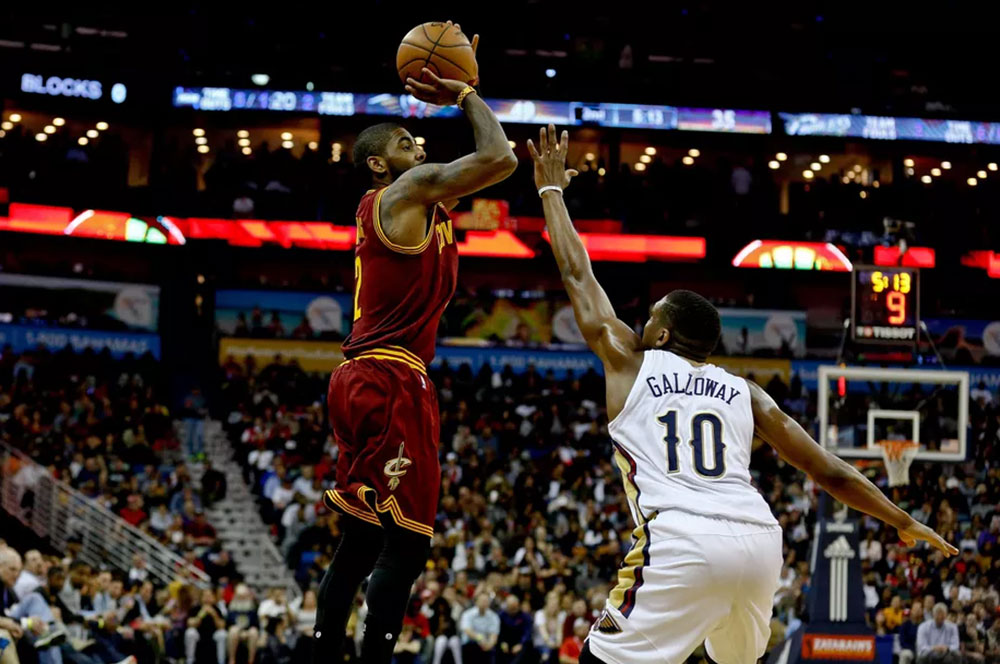 A big night from Kyrie couldn’t save Cleveland.

Squint your eyes hard enough and you would have thought prime Moses Malone donned a Pelicans jersey for an evening. Or even Anthony Davis.

But on a night when Davis sat due to injury, the Cavs made Terrence Jones look like the best of both players. Jones tied his career-high with 36 points (13-18 from the field) and tacked on 11 rebounds in the Pelicans 124-122 victory over the Cavaliers.

Jrue Holiday posted his fifth double-double of the season, scoring 33 points, dishing out 10 assists, and grabbing six rebounds. Holiday was 4-7 from beyond the arc.

The Cavs fell behind 70-50 at halftime and could not dig out of the hole, despite a furious rally fueled by a 19-point third quarter from Kyrie Irving.

Irving’s 49 points were the most he has scored in the regular season since his 57-point explosion against San Antonio in 2015 and the first time he’s scored 40-plus since Game 5 of the NBA Finals.

Irving was also 8-14 from 3-point range. His eight threes are the second-most he’s ever made in a game (trailing only his 11 makes from distance against Portland in the Double Nickel game).

LeBron James also posted his 4th triple-double of the season (26-10-12) and Kevin Love chipped in with 22 points and 16 rebounds.

While the numbers look good, the Cavs effort to start the game left much to be desired. The Pelicans entered the game scoring just 98.7 points per 100 possessions when Anthony Davis sat.

But New Orleans came out with aggression, scoring 18 of its 35 first quarter points in the paint, including 17 from Jones on a perfect 6-6 performance from the field.

The Cavs bench continues to do the team no favors — combining for only 13 points on 5-14 shooting from the field. That effort, combined with an uncharacteristically bad Tristan Thompson game (two points, seven rebounds), sealed the final tally.

Despite missing their best player and surrendering 143 points at home to the Nets on Friday, New Orleans showed no ill effects against the Cavs. Smoothie King Arena continues to be a House of Horrors for Cleveland, as the Cavs have now dropped six straight there.