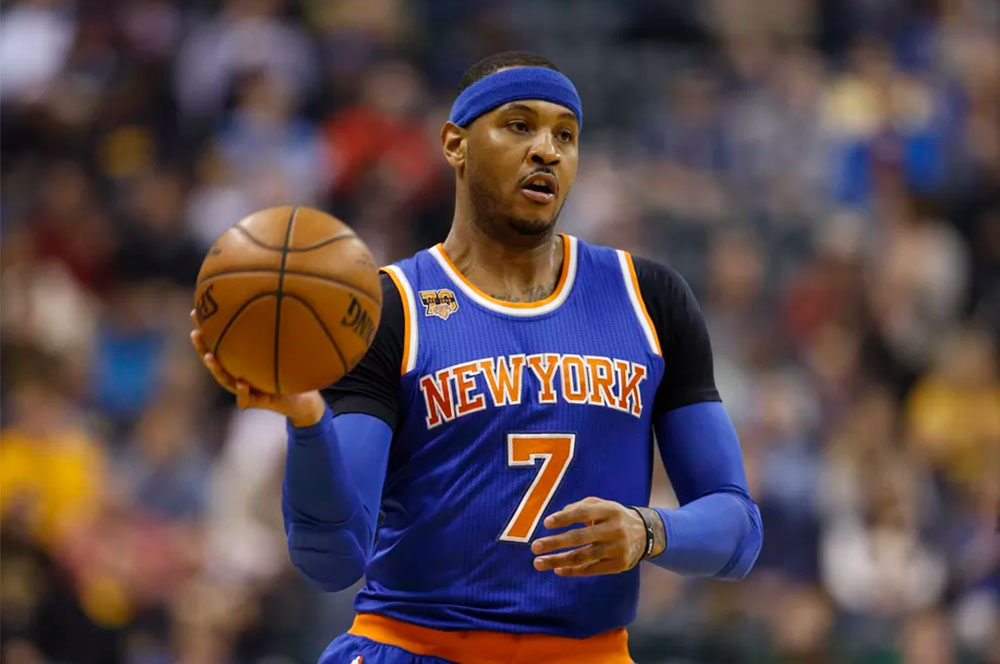 Two days after his potential game-winner rimmed out, Melo got his revenge late against the hated Pacers.

The New York Knicks tried their best to fart away a nice win at Indiana, but Carmelo Anthony hit enough clutch buckets to keep the Pacers at bay. It was a nice rebound from his almost-game-winner Saturday against Phoenix.

The first quarter was perhaps the most lackluster brand of ball produced by the ‘Bockers this season, which is really saying something. This had all the hallmarks of yet another national TV embarrassment, complete with Reggie Miller giving the play-by-play.

Then something weird happened. Jeff Hornacek went to two of his inexplicably seldom-used bench players in Willy Hernangomez and Justin Holiday, both of whom are pretty good at basketball.

And it worked! Willy (10 points) and Holiday (10 points) led the Knicks to a 40-point second quarter to take a 4-point halftime lead.

New York stretched that lead to as much as 17 in the second half before turning back into the Knicks, standing around scratching their butts while the Pacers rallied to pull even. Fortunately Melo was able to power through Paul George on the block for one bucket, earn a trip to the free-throw line, and can an impossibly tough jumper to keep the Knicks ahead until.