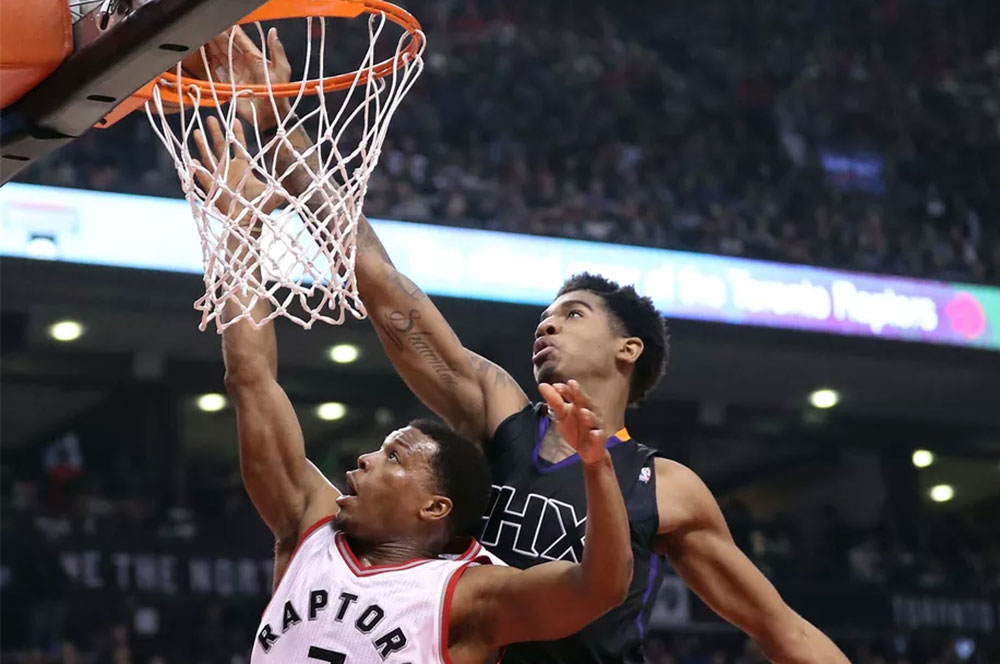 Bledsoe’s 40 points is a career high

For three quarters, the Toronto Raptors held the fort against the Phoenix Suns, taking a lead early in the 1st quarter and protecting it for an 85-82 advantage entering the 4th quarter.

Then Eric Bledsoe laid siege to that fort.

Bledsoe scored a career-high 40 points, including 15 in the final quarter, as the Suns sprinted past a lackluster Raptors squad to take a 115-103 win and sweep the season series for the first time since 2013-14.

Toronto used a quick 12-0 run in the 1st quarter to take the early advantage, and the Suns struggled to make any inroads into the Raptors’ lead until late, as each push was repelled by the home squad. Jonas Valanciunas has 10 points and 10 rebounds by halftime as he and Lucas Nogueira got the Raptors off to a good start. However, Toronto went away from their bigs for much of the game, instead settling for long jumpers as though they were the fatigued team. It cost them, as the Raptors shot 39.8 percent from the field and 25.9 percent from 3.

Meanwhile, the Suns scored 52 points in the paint while shooting 50.6 percent overall from the field (40.9 percent from 3).

Along with Bledsoe’s performance, Devin Booker had his ninth straight game with 20 or more points and Tyson Chandler had 16 points and nine rebounds. Off the bench, P.J. Tucker had 11 points and 10 rebounds, Brandon Knight scored 12 points, and Alex Len grabbed 10 rebounds.

DeMar DeRozan led Toronto with 22 points, but Tucker harassed him into 6-of-17 shooting (35.3 percent) for the game.