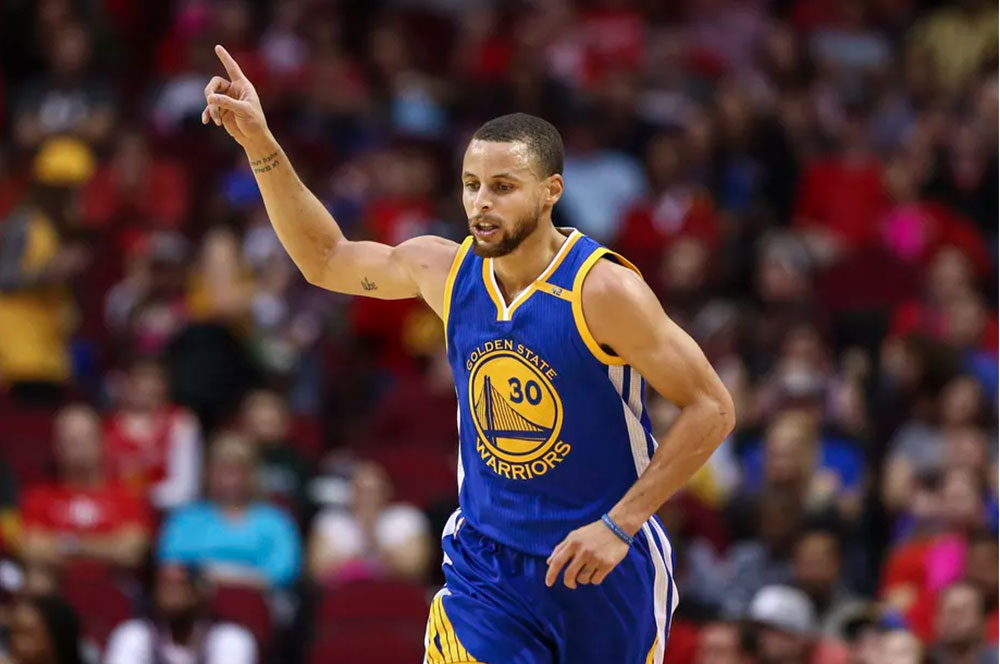 Call it a tale of two halves. The Golden State Warriors looked tired and uninterested for most of the first half against the Orlando Magic, losing the second quarter 28-22 and giving up a massive 16-2 run in the process. The game was tied 50-50 at halftime.

Fortunately for us, Stephen Curry was there to save the day. The two-time reigning MVP scored 16 of his game-high 27 points in the third quarter, including a healthy “just because” 28-foot three point shot, as the Warriors ran the lead up to 26 before coasting to a 118-98 victory.

The big surprise was the effectiveness of JaVale McGee, who bounced back from a “DNP” in Houston to score 13 points in 13 minutes on just seven shot attempts. The duck-tailed backup was a beast on the glass, grabbing three offensive rebounds in limited playing time. His activity and length bothered Magic scorers into poor shooting performances (the lone exception being The Weeknd, who scored two Grammy Awards on 18 shots from the field).

Still, this team remains a beast when Stephen Curry takes the lead. He was aggressive in the decisive 42-point third period, as Kevin Durant looked more like an extraordinary role player and less like the protagonist. The first-year Warrior had himself a Draymondish 15-10-6-3-2 night on just 12 shots. Klay Thompson completed a rare Gene Roddenberry, finishing seven-of-nine from beyond the arc for 21 points.

Next, the Warriors will take their talents to south beach to play the Miami Heat tomorrow at 4:30. The Orlando Magic will host the Chicago Bulls on Tuesday.

On the Other Hand

The Orlando Magic probably felt unwelcome in their own home. The pickup shots of the arena were starkly blue (in part because Magic fan gear is the exact same shade of blue as Warriors gear), and perhaps a majority of them were wearing Warriors gear. Meanwhile, the Magic took the court in what could best be described as road gray uniforms — and they are not flattering.

Damian Jones sighting! The rookie center got seven minutes of less-than-maximum-competitive-but-still-competitive basketball. He was not exactly sharp, but hey! You have to start somewhere #ThereIsNoGarbageTime

Anderson Varejao is the only Warriors player who did not get playing time, today. Everyone else got at least four minutes of run.

The two primary Warriors centers (McGee, all-star Zaza Pachulia) were a combined 13-of-15 from the field for 27 points and nine boards in 33 minutes!

Stephen Curry is looking forward to the Conference Championships, today. So is Ian Clark.

One of JB’s first albums was Little Richard’s Long Tall Sally. That is like. Awesome.