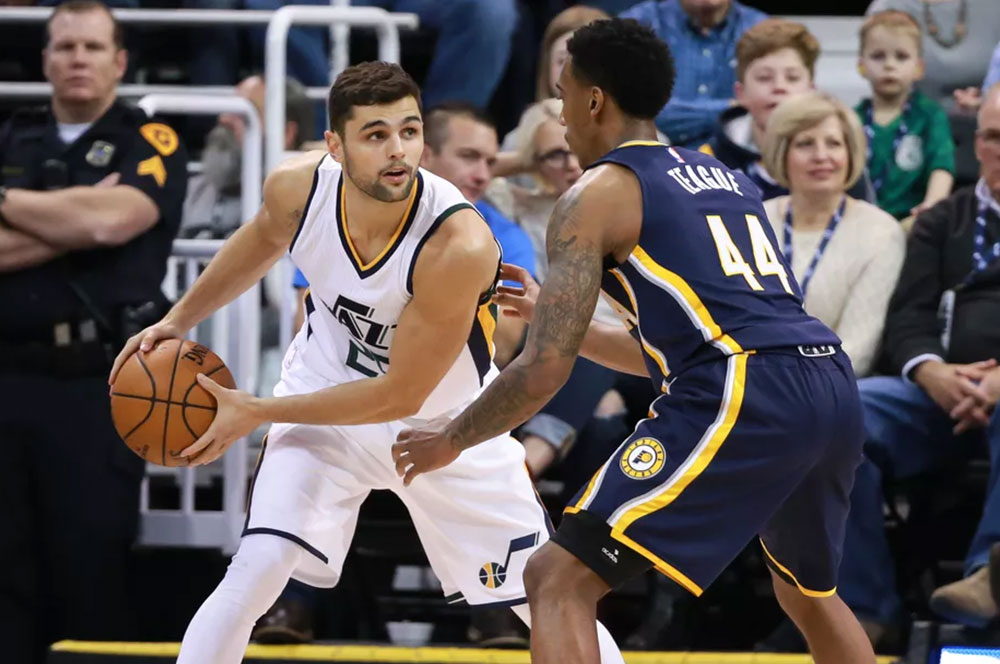 Paul George, Jeff Teague, and Thaddeus Young all had 19 for Indiana, but the Pacers never led in their loss to Utah. George Hill scored 30.

The Indiana Pacers finished their road trip with a whimper, dropping to the Utah Jazz in a wire-to-wire defeat. At 0-4 on the second night of road back-to-backs, the circumstances were difficult for the Pacers at the get-go, but there was little doubt in their level of play that they had no shot in winning the game.

A brief stretch to start the third created hope as Indiana cut a 13 point deficit to just two, but Aggressive George Hill responded, putting the Jazz on his back to push the lead back to double figures. Hill scored 13 of his season high 30 points in the third, showing his former team all they miss in his play.

While there may be ways in which Jeff Teague is an improvement over Hill, whatever those improvements are weren’t on display tonight as Teague had 19 points and seven assists, scoring late on an otherwise tepid. Tepid more or less defined Indiana’s night overall, with passable offense never quite good enough thanks to continued struggles on fast breaks, and bad defense never quite capable enough to keep a low scoring Utah team off of the scoreboard.

Paul George fouled out halfway through the fourth after struggling with fouls all night, both in committing and not receiving. He was tossed in addition to the disqualification, finishing with 19 points in 29 minutes with a team high three threes. George’s time on the floor was much better than last night’s game, but the foul trouble from the outset minimized his impact throughout the game.

Thaddeus Young lead the way for the Pacers with 19 points, but only had five in the second half, thought he did secure a team high nine rebounds. Myles Turner reached double figures with 13, but aside from seven rebounds, wasn’t involved much in the game while Glenn Robinson III went scoreless in 14 minutes. Monta Ellis led the bench with 15 points, picking up the bench scoring load with a pair of three pointers.

Indiana handily outscored from the line 25-12, making up more than the difference in the scoreboard in a game that saw not only George ejected for criticizing the officials, but Nate McMillan as well after the officials rewarded Rudy Gobert free throws after ignoring his own foul seconds earlier on Turner.

Even despite the free throw disparity, the Pacers did little to otherwise earn a win, fighting the entire night to stay within single figures and rarely threatening to limit anything the Jazz tried to do. The loss drops Indiana to 1-2 on their West Coast swing, but still above .500 as they return home to face the New York Knicks on Monday.