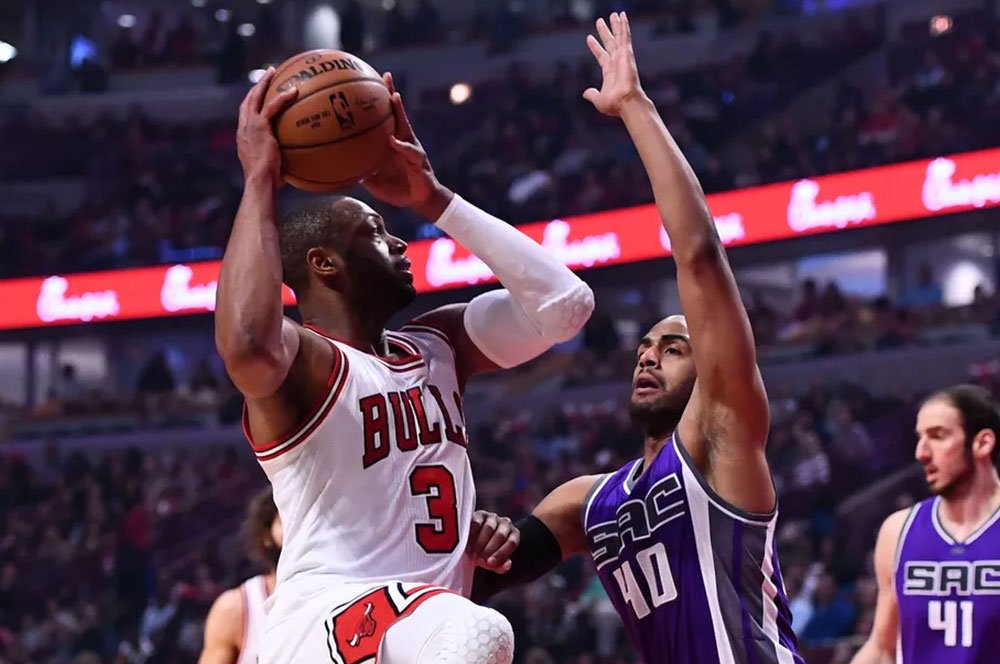 The Bulls and Kings played something that resembled a basketball game on Saturday night at the United Center, and Chicago snuck away with a 102-99 victory that was aided by some poor officiating.

Wade split the free throws to give the Bulls a one-point lead, and then Cousins turned it over as Wade came away with another steal to help seal the game. Michael Carter-Williams stupidly dunked the ball on the ensuing fastbreak instead of running the clock out, but the Kings missed the game-tying attempt on the other end.

This was a super weird game for Wade, who was pretty bad to start despite doing a bit of scoring. He turned it up on both ends in the fourth quarter, coming up with numerous big buckets and several big defensive plays. He finished with 30 points, six rebounds, four assists, four blocks and three steals, but he still finished as a -11 thanks to his poor start to the game.

This is basically a microcosm of the Dwyane Wade experience at this point. He does just enough in big moments to prove his worth, but overall he’s not all that effective and often disrupts the flow of the team.

Butler had a nice game with 23 points, seven assists and five rebounds, although he took a few questionable shots down the stretch. Paul Zipser, who was the first man off the bench thanks to more goofy Fred Hoiberg rotations, actually performed well, scoring a career-high 13 points off the bench. Hoiberg even opted to close with the rookie and an interesting (that’s putting it kindly) lineup of Butler/Wade/Zipser/Gibson/Lopez.

The Bulls were lucky to come away with this win, one they probably didn’t deserve. And it also hurts their chances at the Kings pick! I’m honestly conflicted about getting this win, because it was just another poor effort that proved why the Bulls aren’t any good. Sigh.