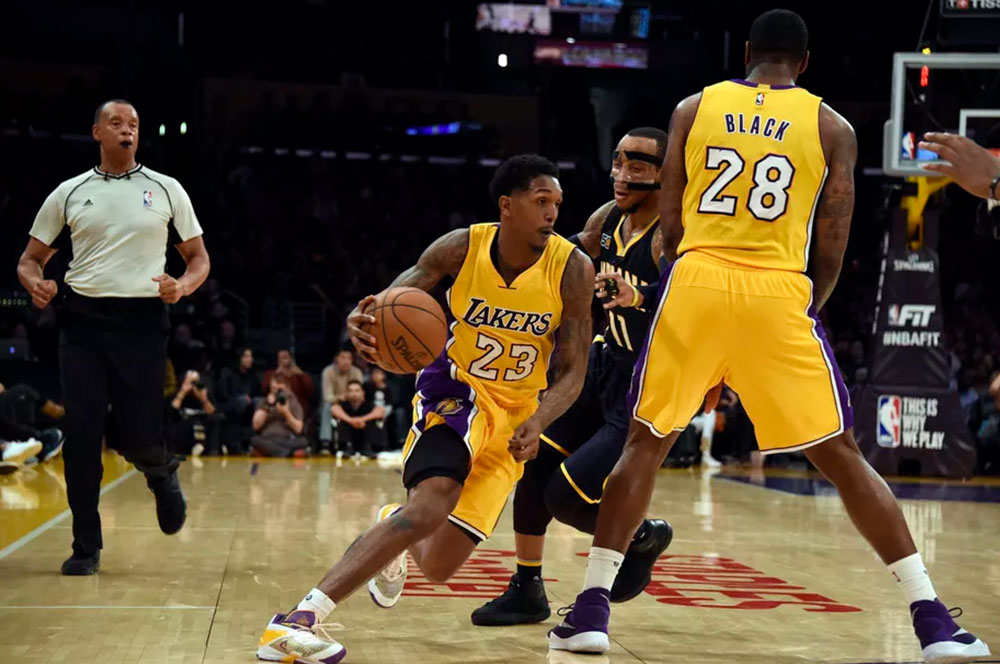 The Lakers finally got back in the win column.

Los Angeles ended its five-game losing streak Friday night against Indiana, 108-96. Lou Williams paced the Lakers with a game-high 27 points, remaining the only bench player in the NBA to lead his team in scoring.

The Lakers won in surprising fashion by conquering their recent third-quarter demons - at least for the night - and outscoring the Pacers 35-22 in the period.

The game was tied at 59 with 8:44 remaining in the third when Los Angeles went on a 10-0 run with seven points from Jose Calderon. Indiana cut the lead to three, but the Lakers went on another 11-2 run to regain control. The margin didn’t dip below nine in the fourth quarter.

L.A. dominated the glass, outrebounding the Pacers 51-37 as both Timofey Mozgov and Tarik Black had double-digit rebounds. The pair of centers even played together in some two-big lineups to bully Indiana in the second half.

The Laker offense was also buoyed by its long-range shooting. Williams was 4-of-8 from beyond the arc, Nick Young shot 5-of-11, and even Brandon Ingram connected on 3-of-6 threes, continuing a nine-game stretch when the rookie has shot 48 percent from distance.

The dominant second half performance came in spite of a pair of first-half injuries for the Lakers. D’Angelo Russell went down in the first minute of the game after bumping into Julius Randle on a pick. Initial reports revealed that he had a strained right calf and a mild MCL sprain in his right knee - not the same knee that kept the sophomore out earlier this season. He will be re-evaluated tomorrow.

Then, in the second quarter, the other half of Los Angeles’ starting backcourt went down with a hyperextended left knee. Although Young looked to be in pain, he came back in the second half and hit four threes to help the Lakers emerge with a victory.

Los Angeles now heads to Dallas for the start of a three-game road trip.