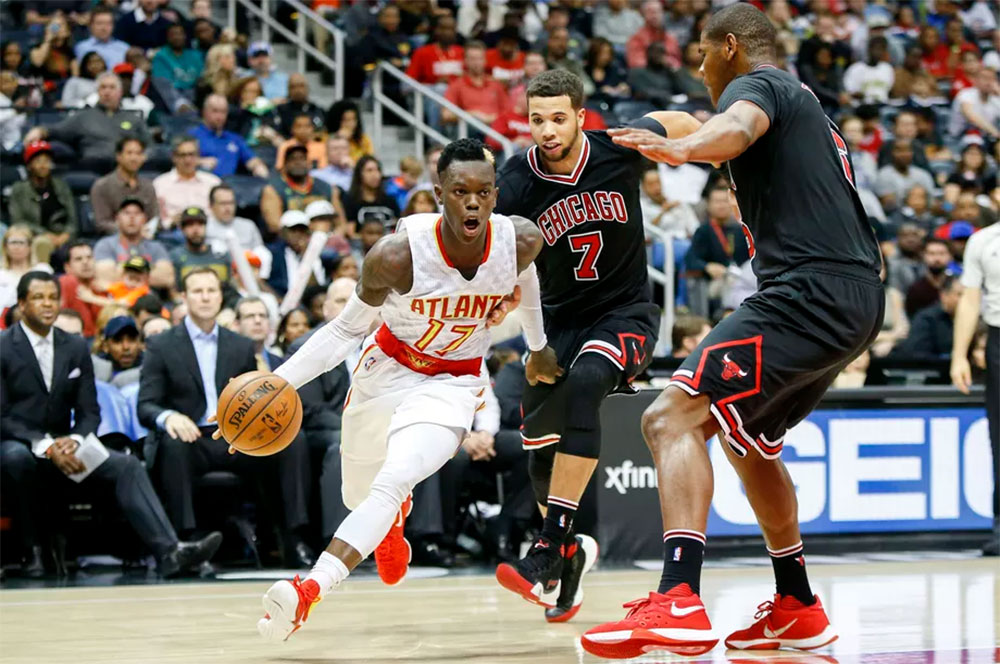 Well, that was breezy. Until it wasn’t.

After a lackluster effort on Wednesday in Detroit, the Atlanta Hawks entered Friday evening with a bounce-back in the plans. Within moments after tip-off against the Chicago Bulls, it was apparent that a victory would be taking place. From there, the Hawks simply held on (for dear life down the stretch) and the final result was a 102-93 victory.

Atlanta raced out of the gates and, frankly, never really looked back. The home team held a 20-8 lead in the early going and that quickly became a 28-13 advantage that pushed Chicago into a timeout. At that point, the Hawks had converted 13 of 17 from the floor and the red-hot shooting simply continued.

Tim Hardaway Jr. capped a 13-1 run to close the first quarter with a 30-foot bank shot, providing the Hawks with a 22-point cushion after just 12 minutes of play. In short order, that margin was pushed to as many as 30 points before halftime. All told, the Hawks shot 68 percent from the floor and 8 of 12 (67 percent) from beyond the arc in the first half. As you may expect, that led to a comfortable lead, with the Bulls trailing 65-36 with just 24 minutes remaining in the game.

The offense would (finally) slow down in the third quarter, with just a 22-point output. However, the defense did its job in preserving the significant lead and Atlanta’s advantage was 87-57 as the two teams sleepily moved toward the closing period.

Unfortunately, things got a little bit too close for comfort, as the deep bench for the Hawks struggled mightily. The Bulls began the fourth quarter on a 20-4 run to climb within a 16-point margin, and while the lead looked to be in minor peril with less than 90 seconds to play (enough to get Paul Millsap and Dennis Schröder off the bench to save the day), the final margin of nine points was not exactly indicative of the pre-fourth quarter play.

Dennis Schröder finished with 25 points and six assists to lead the way for the Hawks, with Paul Millsap (14 points, nine rebounds) and Dwight Howard (11 points, six rebounds) lending support. Atlanta’s team-based numbers in the end were not overly inspiring but, for the most part, this was an encouraging performance and an example of a situation in which the Hawks took advantage of a sleepy opponent for three quarters.

The Hawks will have a quick turnaround as the team plays host to the Philadelphia 76ers on Saturday evening. Stay tuned.