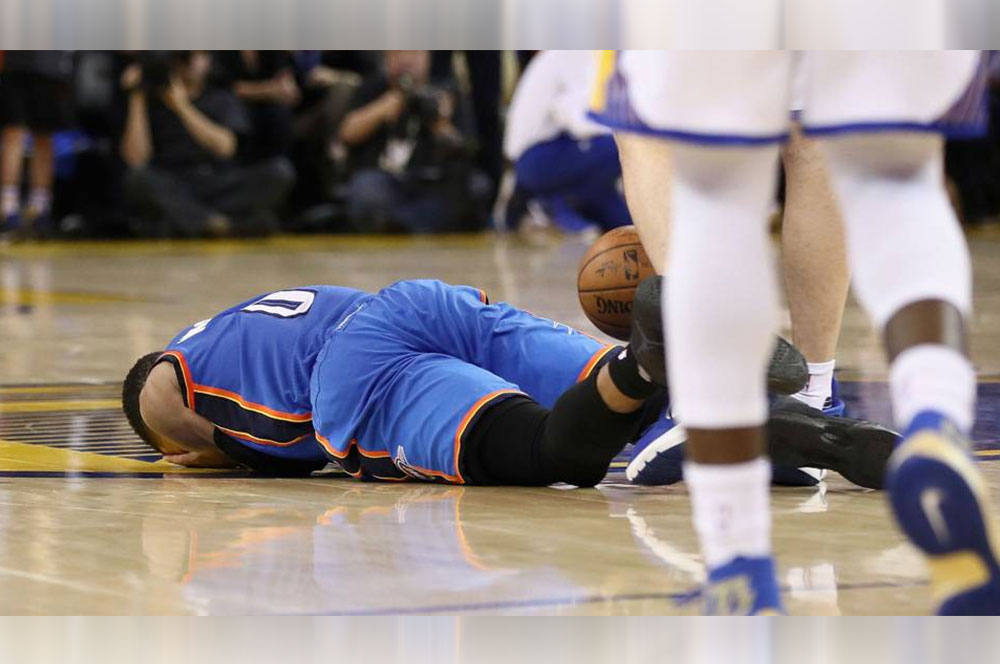 Golden State Warriors center Zaza Pachulia was not taken aback after seeing the replay of his hard foul on guard Russell Westbrook with seconds to go in the half of Wednesday’s 121-100 win over the Oklahoma City Thunder.

“You just move on,” Pachulia said according to ESPN’s Royce Young. “If he got hurt, that’s fine too. It’s part of the game.”

With eight seconds to go in the half, head coach Steve Kerr yelled instructions to his team, making them aware that they had a foul to give — Westbrook, guarded by Andre Iguodala attempted a pick-and-roll with Enes Kanter at the high three-point line, but was clobbered by Pachulia at the other side of the pick, laying down on the hardwood for a few seconds before getting up.

The play was reviewed and Pachulia was hit with a Flagrant 1, giving Westbrook two free-throws and the last possession of the half and knotting the game at 56.

The Georgian international stood near Westbrook looking down at him following the foul, and the explosive Thunder guard didn’t take kindly, promising to “get his ass back” at some point.

His chance for revenge will have to wait until Feb. 11 when Pachulia and former running mate Kevin Durant visit Chesapeake Energy Arena on yet another explosive Western Conference matchup.