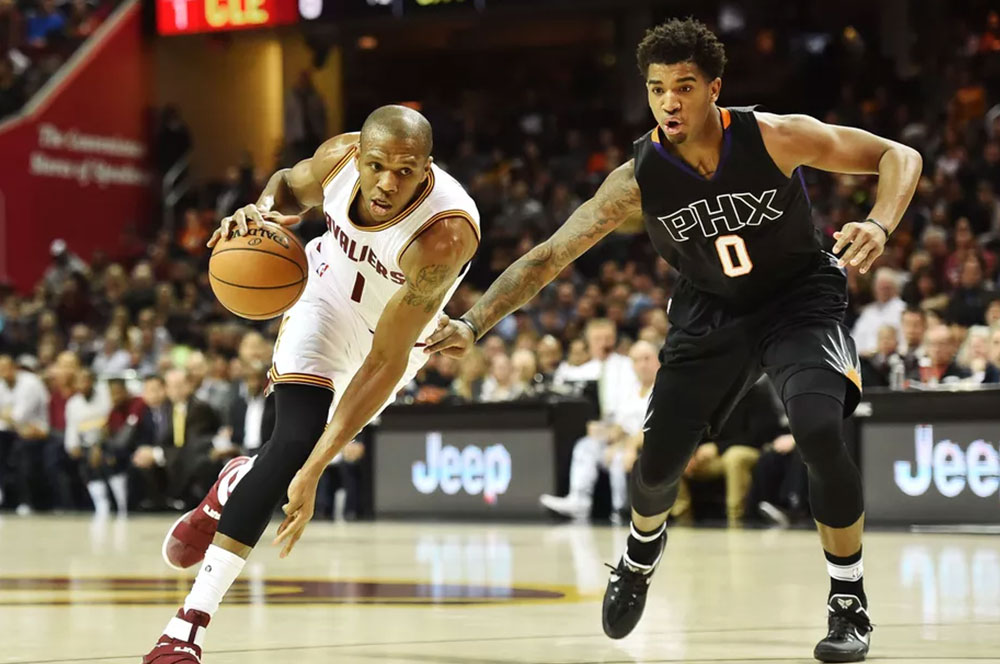 The Cleveland Cavaliers made easy work of the Phoenix Suns tonight, winning 118-103. Without Kevin Love, the Cavs thrived against one of the league’s worst teams, taking advantage of the Suns’ poor perimeter defense and their lack of offensive flow. The Cavs hit 19 threes for the game, forced Phoenix to only attempt that many, and posted 29 assists for the game. After the West coast road trip, this was a welcome win to get refocused with four of the next five games coming in Cleveland.

James Jones got the start in place of Love, who was out with back spasms. Immediately, he made a big impact offensively, where he had eight points in the first five minutes. He scored off of a designed post-up, hit a catch-and-shoot three, and then a second three when he jab-stepped and spent Marquese Chriss spinning before stepping back to hit an open jumper. Chriss, a rookie from Washington who is conservatively ten times the athlete Jones is at this point, was befuddled by Jones’s old man game. It was amazing.

A scary moment came in the second quarter, when Tristan Thompson ran off the floor after a play stoppage clutching his left hand. It turned out that he had suffered a dislocation of his index finger on an earlier play. The Cavs’ medical staff was able to reduce it in the locker room, though, and an X-Ray showed no significant damage. He was able to return at the beginning of the second half, and finished with two points, six rebounds, and two blocks. The injury shouldn’t affect him long-term, but the collective gasp in the arena highlights that we can’t take health of anyone on this team for granted, not even the iron man himself.

The Cavs played solid defense overall. They let Tyson Chandler, who finished with 22 points, have free-reign in the middle. Often he would catch the ball and have no one around him with a free lane to the hoop. But this came because the Cavs did a better job of blitzing the Suns’ perimeter players. Cleveland was very aggressive in pressuring Eric Bledsoe, Devin Booker, and Brandon Knight, not allowing much space for them to work, and forcing ten first half turnovers. Booker was particularly hounded by the Cavs’ D, taking 12 shots and only hitting four. He still finished with 21 points, but he had to work very hard to hit that number, which put the rest of Phoenix’s offense in a bind.

LeBron was dominant tonight. He didn’t do a majority of the scoring, finishing with 21 points, but he was ruthlessly efficient, hitting 8-of-12 from the field. But even more impressive was his ability to dictate the game on his terms. When he found a mismatch against Dragan Bender in the second quarter, he attacked the rookie inside, converting on three drives throughout the game on those possessions. He also finished with nine rebounds and an outstanding 15 assists, mostly on kick-outs to Channing Frye and Kyle Korver, or cuts by Richard Jefferson and Kyrie Irving, who led the team with 26 points.

The Cavs are worlds better than the Suns, and proved so tonight. They looked rested and comfortable, played well on both ends of the floor. That’s what you want to see in games like this. We will see if they can carry that momentum into Saturday’s marquee matchup against the San Antonio Spurs.