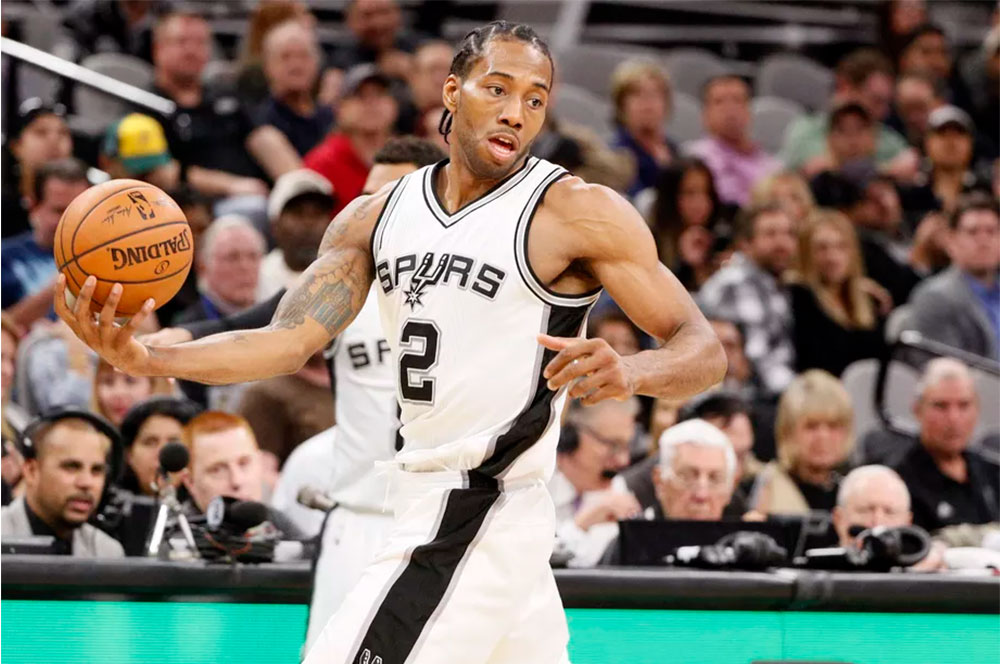 Kawhi Leonard had his 5th straight 30 point game, finishing with 34 to lead the Spurs. Nicola Jokic hurt the Spurs from the beginning, and led all scorers with 35 points and 11 rebounds, but it wasn't enough as San Antonio beat Denver by 14 points.

The Spurs started off well at home Thursday night, but unfortunately so did the Nuggets. San Antonio led 28-23 after 1, with David Lee starting and playing well after Pau Gasol was a late scratch when he fractured his finger during warm ups. Lee finished with 10 points and 16 boards. The Spurs were also missing Tony Parker, but rookie Dejounte Murray filled in nicely with a career-high 24 points.

San Antonio couldn’t keep Denver off the free-throw line in the first half, and the Nuggets capitilized going 17-18, compared to only 6-8 for the Spurs. A particularly eggregious foul called on Davis Bertans made Pop fly off his handle, and he collected two quick techs and was ejected. It worked out exactly as planned, apparently, because Murray and Bertans hit back-to-back threes to go into the half leading 59-58.

The Spurs started the second half on a 15-0 run, and Denver didn’t get their first points until 3:20 into the 3rd. The visitors kept hanging around, and the Spurs got a bit sloppy, allowing the Nugs to get within 7 before buckling down and taking a 92-81 lead into the final period.

The fourth quarter started like the previous 3...Spurs hit shots, Nugs call timeout...this time after a Danny Green 3 that came off a beautiful read and pass by Patty Mills. That three, btw, put Danny Green in front of the recently retired Matt Bonner for #141 all time with 798.

The Spurs go to Cleveland Saturday in what should be a fantastic game on ABC at 7:30pm