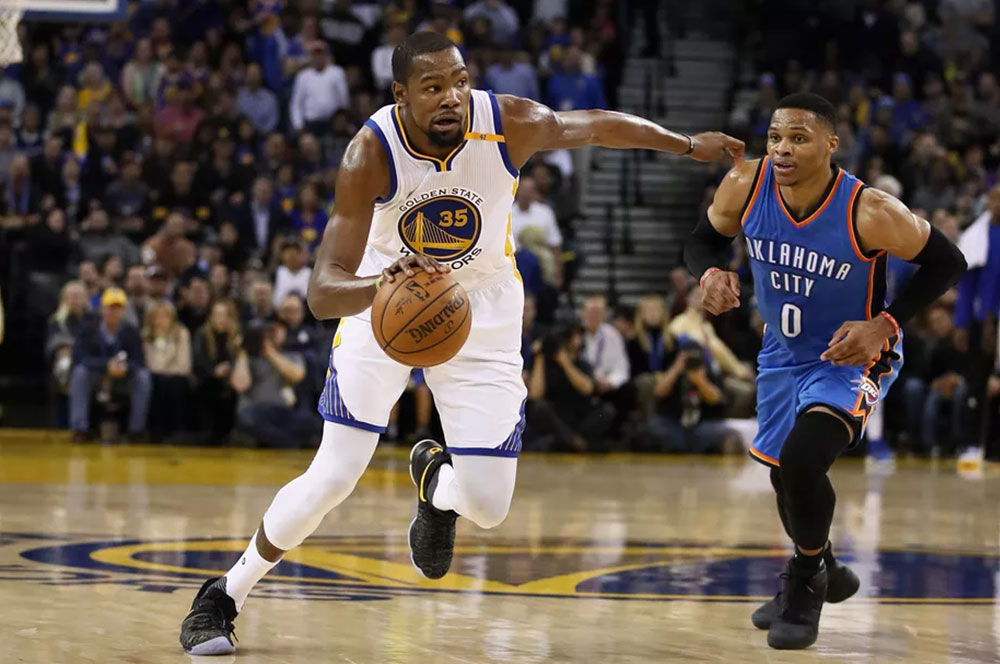 Kevin Durant faced his old team for the second time since leaving Oklahoma City and once again put on a dominant performance, leading the Golden State Warriors to a 121-100 victory over the Oklahoma City Thunder.

Durant scored 40 points on 16 attempted shots, going 9-of-10 from the line, 5-of-7 from downtown and racking up 12 rebounds, four assists and three blocks. Not a bad night at all.

The third quarter was where the Warriors really broke it open, with Draymond Green coming out strong to start the half with a one-man 6-2 run. Then Klay Thompson took advantage of what appeared to be a Westbrook meltdown of turnovers — including a very generous attempt to avoid a travel call where Westbrook took about six steps before he remembered he had the ball.

After that, the Splash Brothers traded blows to put the Warriors up by ten before Durant closed out the quarter with a 6-2 run of his own, which he did again late in the fourth quarter before the Warriors closed it out in a blowout. Again. So far, this week feels like a big middle finger to last season’s playoffs, and that is really cathartic and necessary at the moment.

Per Rosalyn Gold-Onwude, Coach Steve Kerr says he may consider Kevon Looney, or switching up the rotations, so that will be something to keep an eye on.

The Warriors improve to 36-6 as they look ahead to a four game road trip starting in Houston on Friday as they take on MVP-candidate James Harden and his beard. Also, the Rockets.