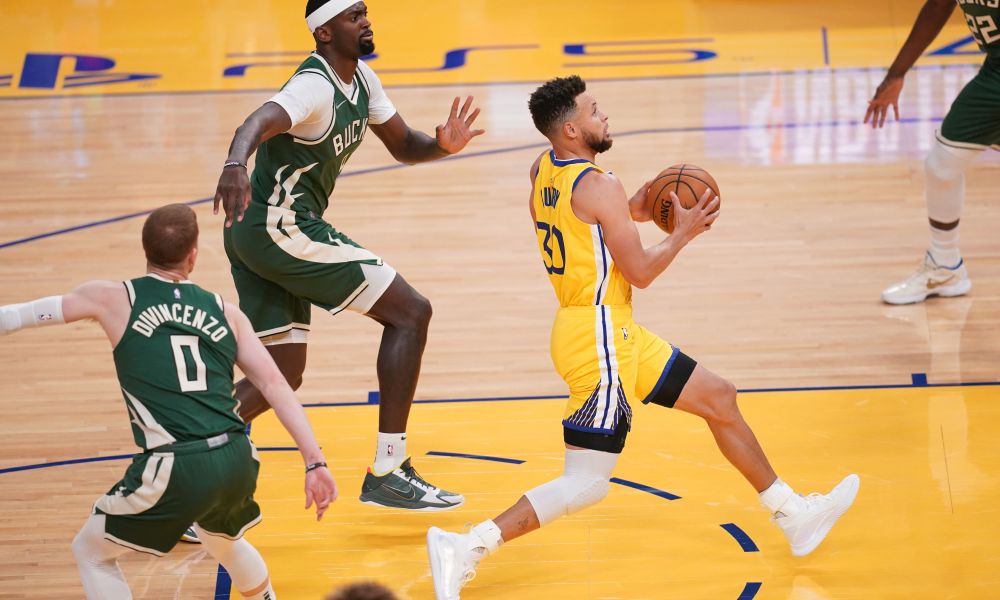 The Golden State Warriors came back from 12 down and snapped a three-game losing streak with their 122-121 win over the Milwaukee Bucks Wednesday night at Chase Center.

With Bucks MVP candidate Giannis Antetokounmpo a late scratch with a sore left knee, Golden State found itself with a chance to knock off one of the Eastern Conference’s elite teams and led by three at halftime.

But from the start of the third quarter to the middle of the fourth, the Bucks outscored the Warriors 53-40 and took a double-digit lead. Nearly every time Golden State made a run, Milwaukee answered behind Jrue Holiday’s 29 points and Khris Middleton’s 28.

However, seeing that his team still had a chance to eke out a much-needed win, Curry asked to go back in the game with 8:09 left in the fourth quarter, about two minutes before he usually checks in. The Warriors scored six straight points in that extra allotment, which helped spur the game’s decisive run. Curry’s jumper with 36.3 seconds left punctuated a 16-3 rally that gave the Warriors a 122-119 lead. Taken from WP