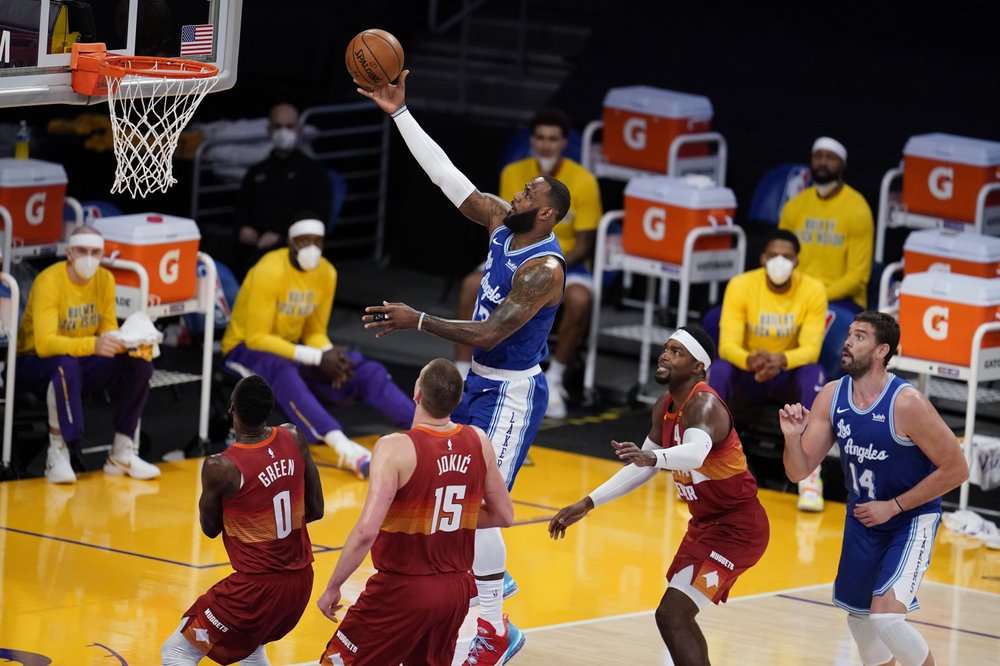 LOS ANGELES (AP) — LeBron James had 27 points, 10 rebounds and 10 assists, Dennis Schröder added 21 points and the Los Angeles Lakers roared away in the second half for a 114-93 victory over the Denver Nuggets on Thursday night.

Anthony Davis had 13 points and nine rebounds, Talen Horton-Tucker scored 12 of his 17 points during that inspired second-half effort by the defending NBA champions, who returned from a strong seven-game road trip and improved their surprisingly unimpressive home record to 5-4 by winning this rematch of the Western Conference finals in the bubble.

James moved into third place on the NBA’s career field goals list while recording his 96th career triple-double and his second of the season, helping the Lakers open a five-game homestand with their 11th win in 14 games.

The Lakers took control with a 19-0 run spanning the final two quarters propelled by James and Horton-Tucker, who drove impressively into the paint to make four straight shots along with two steals and a block.

Denver took a 12-point lead into halftime with a 29-16 rebounding edge, but the Lakers closed the third quarter with a 15-0 run to take an eight-point lead.