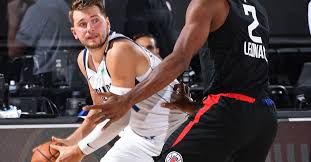 Dallas Mavericks players Jalen Brunson, Josh Richardson and Dorian Finney-Smith are listed as out on the NBA’s injury report for the team’s next game because of health and safety protocols related to COVID-19.

The Mavericks play the first of two straight games at home Saturday night against Orlando. The other is Monday against New Orleans.

Richardson played 41 minutes in the win over the Nuggets, hitting a big 3-pointer late in overtime to help clinch the victory and finishing with 14 points. Finney-Smith also scored 14 points while playing 36 minutes. Both are starters. Brunson is a backup to star point guard Luka Doncic. He scored seven points in 19 minutes.
Pittsburgh Penguins Hall of Fame radio play-by-play announcer Mike Lange is taking an early intermission before starting his 46th season in the booth.

The team announced Friday that the 72-year-old Lange will sit out the beginning of the 2021 season as a precaution due to the COVID-19 pandemic.

“I’ve decided to opt out of the start of the season after huddling with doctors about the course of COVID-19,” Lange said in a statement. “They’ve suggested it probably is best to receive the vaccinations before going back in the booth.”

Lange, known for his signature goal calls like “scratch my back with a hacksaw” and “buy Sam a drink and give his dog one too” plans to make appearances during intermissions and other team programming.

On the women’s side, the Cavaliers remain in COVID-19 protocols and haven’t played since Dec. 13 with four straight games postponed. The ACC announced a schedule adjustment that will send Wake Forest to Notre Dame on Thursday, moving that game up two weeks.
On the men’s side, UNC had been scheduled to host Syracuse on Jan. 2 before that game was postponed due to coronavirus issues within the Orange program.

The rescheduled date came after No. 19 Clemson paused team activities Friday due to a positive COVID-19 test result and contact tracing, leading to the postponement of the Tigers’ games at North Carolina on Saturday and Syracuse on Tuesday.

No. 19 Clemson has postponed men’s basketball games at North Carolina on Saturday and at Syracuse on Tuesday. The Atlantic Coast Conference said a combination of a positive test for COVID-19, contact tracing and quarantining within Clemson’s program made it necessary to postpone the games.

Clemson’s next game is at home against Virginia on Jan. 16.
The Memphis women’s basketball home game against Wichita State scheduled for Wednesday has been postponed due to COVID-19 issues in the Shockers program.

The American Athletic Conference says the Wichita State program has been paused for a 10-day period. The game has not been rescheduled.

This is the fifth Memphis women’s game affected by the pandemic. The Tigers also had matchups against Southern Illinois (Nov. 29) and UCF (Dec. 30) postponed and all games against SMU canceled.
The George Washington men’s basketball team will not visit St. Bonaventure for Saturday’s game because of a positive COVID-19 test by a staff member in the team’s traveling party.

GW will pause all team activities and the school said there has been no determination made on future games beyond Saturday’s postponed matchup.
No. 13 Missouri has paused all men’s basketball activities as a result of COVID-19 protocols and postponed Saturday night’s home game against LSU.

The Tigers (7-1) did not disclose any details in Friday’s announcement and said the status of the Jan. 12 game against Vanderbilt and the Jan. 16 game at Texas A&M will be determined later. Missouri also said the game against LSU will be rescheduled.

“This continues to be a challenging time across the college basketball landscape, and it is important that we prioritize the health and safety of our student-athletes first and foremost,” Missouri coach Cuonzo Martin said.

“In laying out the schedule, the SEC has allowed for a week at the end of the season for the possibility that games would be canceled, and we look forward to hosting LSU at a later date. Once we can return to competition safely, we will do so,” he said.

LSU will visit Mississippi on Saturday night after both teams had their originally scheduled games postponed.

The games were postponed because of COVID-19 issues in the South Carolina and Missouri programs. The Rebels and Tigers had been scheduled to play on Feb. 17.

The Washington women’s basketball team has postponed games scheduled at No. 9 UCLA on Jan. 15 and Southern California on Jan. 17.

Washington paused team activities on Thursday due to “ongoing COVID-19 concerns.” The games have not yet been rescheduled.

Defender Matthijs De Ligt is the third Juventus player to test positive for COVID-19 in a week.

Alex Sandro and Juan Cuadrado were ruled out of Wednesday’s win over AC Milan in Serie A after they tested positive.

Fourth-placed Juventus hosts fifth-placed Sassuolo on Sunday.
The USA Track & Field indoor championships have been canceled due to the COVID-19 pandemic.

The event was scheduled to take place on Feb. 20-21 in Albuquerque, New Mexico. The indoor combined events were also canceled. They were scheduled to be held in conjunction with the championships.

USATF assembled a working group of medical and scientific experts to work on protocols to safely hold the championships. But the group couldn’t overcome the statewide restrictions in New Mexico and other logistical issues.

World Athletics announced in December the 2020 World Athletics indoor championships, which were scheduled for March 19-21, 2021, would be moved to March 2023.
The Columbus Blue Jackets said “a number” of players were held out of Friday’s practice because of COVID-19 issues.

The decision was made “out of an abundance of caution and in accordance with NHL COVID-19 protocols,” a team statement said.

The team did not say how many players were held out or if there had been positive tests. The Blue Jackets open their season Thursday at Nashville.

The Georgia State men’s basketball team postponed games against Troy on Friday and Saturday and paused all team activities following multiple positive COVID-19 tests. The games have not yet been rescheduled.

Georgia State says players, coaches and staff members have received positive test results. All team activities will be paused for at least seven days while those who tested positive will remain in isolation.
For the third straight day, the Cleveland Browns can’t get in their facility to practice as COVID-19 testing continues.

The team has not been able to practice this week leading to its playoff game Sunday night in Pittsburgh. The Browns were awaiting final test results and permission from the NFL to practice Friday.

The league maintains the game will be played as scheduled.

On Thursday, NFL chief medical officer Allen Sills said there was evidence of “some spread from one individual to another” among the Browns’ latest positive tests.

Browns coach Kevin Stefanski tested positive with the virus Tuesday and will not be on the sideline for Cleveland’s first playoff game since the 2002 season.

Stefanski is allowed to communicate with players and coaches in the locker room until they leave for kickoff, but he can’t have any on-field contact with them from 90 minutes before the game until afterward.

The Browns have nine players and six coaches isolating at home due to COVID-19 protocols. Quarterback Baker Mayfield said Thursday he hasn’t thrown a football since last Sunday, when the Browns beat the Steelers to end their playoff drought.

A men’s basketball game between UConn and Villanova, scheduled for Jan. 15 in Connecticut, has been postponed because of COVID-19 issues within the Villanova program.

No makeup date has been announced. This will be the fifth game Villanova has had to postpone since coach Jay Wright tested positive for the novel coronavirus on Dec. 26.
Several other members of the program have also tested positive. It’s the seventh UConn game canceled or postponed this season for coronavirus-related issues.

Two people with knowledge of the situation say three Mavericks stayed behind in Denver after a 124-117 overtime victory against the Nuggets on Thursday. The people say one was because of a positive test for COVID-19 and the other two for contact tracing protocols. The people did not identify the players and spoke to The Associated Press on condition of anonymity because there was no announcement.