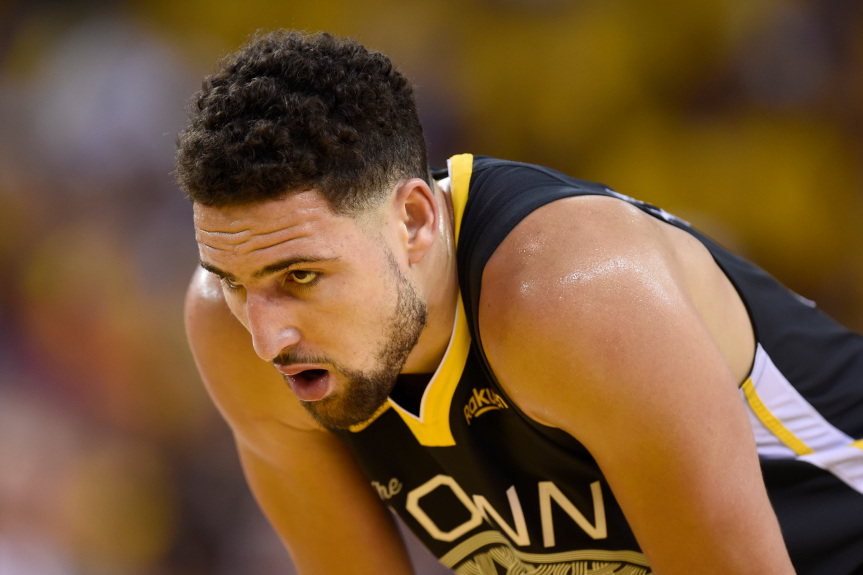 Kurtenbach: Klay Thompson’s injury is an unfair end to the Warriors’ dynasty

The Golden State Warriors deserved another chance to prove their greatness. Klay Thompson’s believed Achilles injury likely robs them of that opportunity.

Klay Thompson (11) waits to throw a free-throw after sustaining an injury during the third quarter of Game 6 of the NBA Finals at Oracle Arena in Oakland, Calif., on Thursday, June 13, 2019. The Toronto Raptors defeated the Golden State Warriors 114-110 to win the NBA championship.