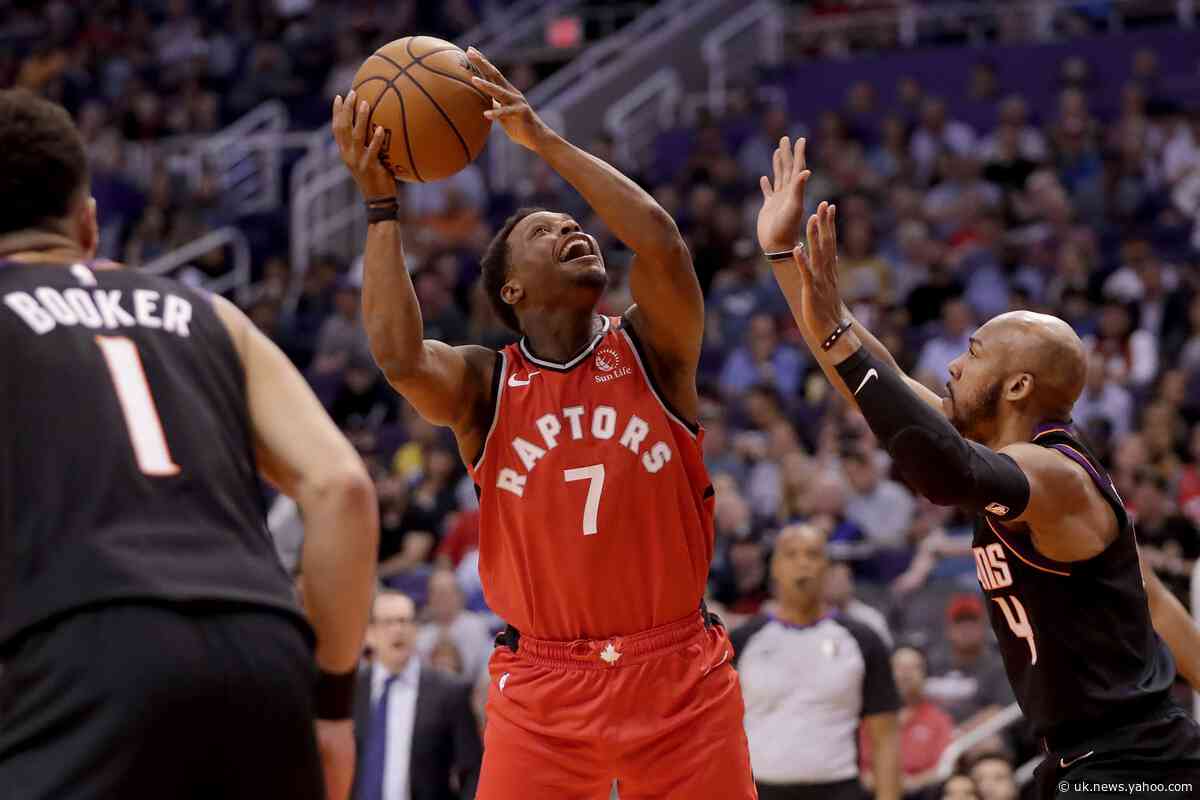 When Nick Nurse gets ticked off he gets results. Before tonight’s game, Nurse singled out Chris Boucher, saying Boucher had failed to step-up and provide the spark the Raptors had needed in the wake of their recent injuries.With Serge Ibaka and Marc Gasol sidelined, the Raptors were again giving up alot of size in the middle tonight, as DeAndre Ayton towered over everyone in their starting lineup. This was problematic early on, but when Boucher checked in, he gave the Raptors all the size and energy they needed to come away with a 123-114 victory (of course, some great scoring nights from Pascal Siakam, Kyle Lowry and Norman Powell helped too).

When the game started off the Raptors looked to be trying to up the tempo and play more in transition, which makes sense given the lack of size in their starting lineup. However, they were often overly aggressive, forcing transition when it wasn’t really there, leading to costly turnovers and difficult, contested shots at the basket. They had a little more success slowing things down and attacking Suns big man DeAndre Ayton in space, using Kyle Lowry as a screener for Pascal Siakam, who Ayton was guarding. Early on, Siakam was able to get a blow-by and a couple open threes off that play, though the threes had mixed results; he hit one and airballed another.

Meanwhile, on the defensive end, the Raptors’ lack of size made an impact, as they struggled to effectively contest the Suns’ shots around the basket, an area where the surprise switch from Rondae Hollis-Jefferson to Patrick McCaw in the starting five was clearly felt.

Kyle Lowry was clearly feeling the heat from the Suns, because he got more aggressive midway through the quarter and went on a scoring surge to keep the Raptors in the game. Despite being blocked by Ayton on his first attempt to create a transition basket out of nothing, he continued to attack and caught the Suns sleeping early in the clock on several occasions.Then, Lowry went down, getting whacked in the face by teammate Terence Davis on a play that sent Suns forward Dario Saric to the line. The Raptors, already floundering, were forced to play the remainder of the quarter sans their leader (and the only healthy point guard on the roster). All things considered then, the 39-30 deficit they ended the quarter with was rather understandable.

At the beginning of the second it was announced Lowry would return, but he turned around and headed back to the locker room almost immediately after that announcement. Again without a true point guard, the Raptors looked disorganized on the court, getting stripped before they even initiated their offense, struggling to create open looks, and, in one case, blowing a wide open dunk. On the other end, the Suns, who had begun to heat up from deep at the end of the first, began to rain in threes, to widen the margin as wide as 17.

Lowry would re-enter halfway through the quarter with the Raptors down 10, as prior to his re-entry a small push from Norman Powell and Pascal Siakam, as well as some energetic play from Boucher, had helped stem the bleeding. Lowry didn’t necessarily make much of an impact upon his return, but Boucher and Siakam did. The two combined to offer the Raptors the rim protection they had been lacking for most of the first half, and Siakam sliced up the Suns slower defenders, finishing the half with 16 points, while Boucher crashed the glass hard, notching 5 offensive rebounds and 11 points in the second.Some hot shooting from the Suns, most notably from rookie Cameron Johnson, who made 4 threes in the first half, kept the Raptors at bay despite this push. The Raptors would head to the break trailing 68-61, but the spark Boucher had offered off the bench certainly gave reason to be hopeful.

The Raptors looked to capitalize on that hope by opening the half with Boucher starting in place of McCaw. He was whistled for a shooting foul on the first possession of the half, but, seconds later, he blocked a Devin Booker three-point shot and then swished a three-pointer on the other end. Meanwhile, Pascal Siakam continued to cook, exploiting the suspect defense of Dario Saric and Ayton to keep cutting into the Suns’ lead. Lowry, perhaps feeling the effects of his first half injury less and less, started drilling jumpers to pull the Raptors closer still. The Raptors finally retook the lead in dramatic fashion. Boucher swatted Booker on one end, and OG Anunoby and Pascal Siakam connected for spectacular alley-oop from on the other end.The margin was still just a single point when the fourth began, with the Raptors up 87-86. The Raptors opened the final quarter with a lineup that featured neither Lowry nor Siakam, their scoring leaders on the night. Norman Powell, who’d end up finishing with 26 points, including 12 in the fourth, did an adequate job of shepherding an otherwise punchless offense by slicing to the rim. However, on possessions where Powell didn’t get the ball, the Raptors not only failed to score, they created run-out opportunities for the Suns, leading to open threes and layups a plenty. By the time Lowry re-entered, following a time out, the Raptors’ slim lead had turned into a 6 point deficit.

The Raptors made that margin back almost immediately after the time out, as Norman Powell and OG Anunoby drilled a pair of threes to equalize things. Lowry then took the reigns to slowly separate the Raptors from the Suns, drawing tough fouls and hitting tougher step-back threes. Lowry had his best scoring performance in a while, ending with 28 points on 8-of-19 shooting. He wasn’t the Raptors’ leading scorer though, as Pascal Siakam notched a steady 33, rebounding after a stretch of tough games where his touch at the basket looked off.Then, the Raptors momentum seemed to break for a split second, as OG Anunoby, who turned in another excellent defensive performance guarding up a position or two, fouled out. However, the Raptors replaced Anunoby with the player who initially swung the game’s momentum in Chris Boucher, and Boucher answered the call, promptly drilling a crucial three to re-establish the Raptors’ control over the game. Boucher would finish 19 points and 16 rebounds, a standout performance just as critical as Lowry’s, Siakam’s or Powell’s.So, the Raptors’ short losing skid comes to a halt. They’ve still got three games remaining in their west coast road trip, starting with a matchup on Thursday against the Golden State Warriors that could see the return of Stephen Curry from his months long injury. Still, with a win under their belt, and with, possibly, some guys starting to make their ways back from injuries, you have to hope they can carry this momentum forwards.