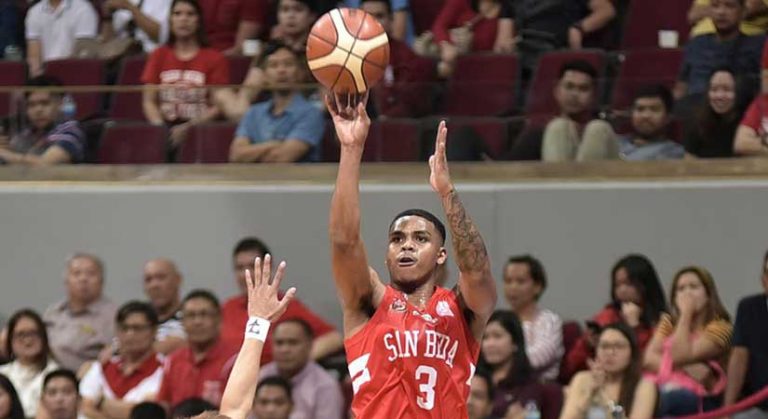 THE 95th season of the National Collegiate Athletic Association fires off on Sunday, July 7, with four peat-seeking San Beda Red Lions kicking off their bid against hosts Arellano University Chiefs.

Set for 4 p.m. at the Mall of Asia Arena, the San Beda-Arellano collision comes after the opening game between the Lyceum of the Philippines University Pirates and Colegio de San Juan de Letran Knights at 2 p.m.

Before the games will be the opening ceremonies which will feature Filipino rock icon Bamboo and NCAA Battle of the Bands winners.

The Lions will try to go for their fourth straight NCAA title sans now-pros Robert Bolick and Javee Mocon.

Boyet Fernandez-coached San Beda will now be banking on a roster boasting of a mixed of veteran and young talents.

Champions in the last three years, the Lions know they have a target on their back and acknowledge that going for another title will once again be a tough one.

Nonetheless they are determined to take on all comers and defend the NCAA title.

“All of the teams have improved for this season and they will be handled by good coaches. But we will do our best to defend the title and repeat as champions,” said Mr. Fernandez in the press conference for Season 95 early this week.

On the part of Arellano, which is now being coached by Cholo Martin, it is out to build on the gains it had in the previous seasons with erstwhile coach Jerry Codiñera at the helm.

Guard Kent Salado is back in the Chiefs’ roster after spending time out injured. Apart from him Arellano has Rence Alcoriza, Raymart Sablan and 6’7” center Justin Arana, among others.

The Pirates have expressed readiness and excitement to get things going, beginning with the Knights.

“Letran has a rich tradition of winning championships, being in the finals, and in the Final Four so it’s an opportunity for our team to also grow playing against the top teams in the NCAA. We’re excited for our opportunity,” said Lyceum coach Topex Robinson, whose team still has Jaycee and Jayvee Marcelino and Mike Nzeusseu around from their runner-up finishes.

Letran, for its part, has a new coach in Bonnie Tan and will be anchored by towers Jeo Ambohot and Larry Muyang.

NCAA Season 95 will have a general theme of “Kaisa sa Pagkakaiba,” in line with its push to promote togetherness in the middle of what is expected to be another competitive thrust from the 10 member schools.

The NCAA Season 95 opening will be broadcast live starting at 11:30 a.m. on ABS-CBN S+A on TV and online via iWant.