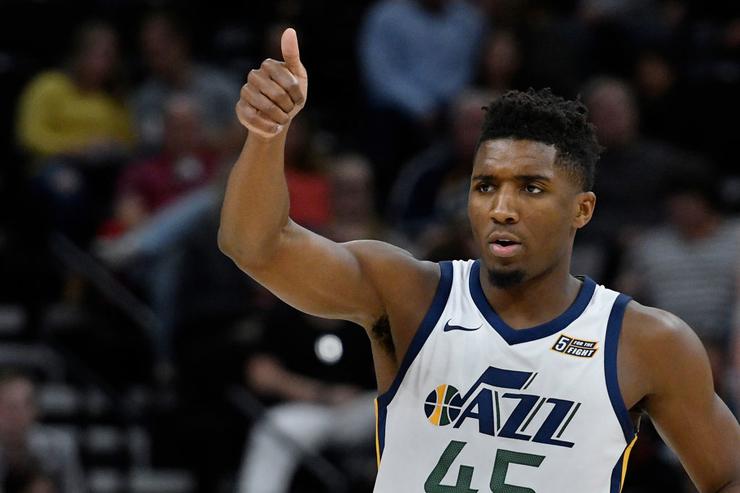 Utah Jazz rookie phenom Donovan Mitchell will end up in the NBA Dunk Contest after all, Mitchell confirmed on Monday. Mitchell will replace Aaron Gordon, who was originally selected as one of the four contestants and is now withdrawing from the contest with a hip injury.
Mitchell’s play on the court has been sensational this season, even pushing himself into what looked like a simple Rookie of the Year race. But Mitchell also has a 36-inch standing vertical leap, and there had been a groundswell of support for the rookie to show up in the dunk contest. He didn’t get the original nod, but everyone wants him in the show.
As for Gordon, he was the runner-up to Zach LaVine in the 2016 NBA Dunk Contest, one of the best we’ve seen. His 2017 Dunk Contest was disappointing, and it’ll be sad to see him miss this one, but Mitchell is a more-than-suitable replacement.