Luka Doncic is No. 1, but Mohamed Bamba and Trae Young are charging 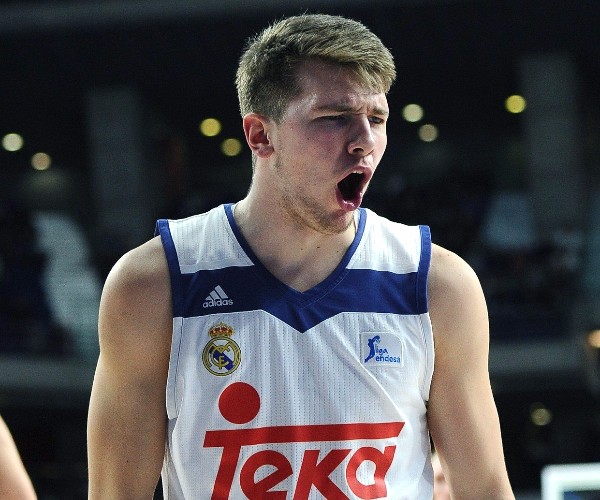 The 2018 NBA Draft class keeps looking better and better. As Luka Doncic continues to put up historic numbers in Europe, top NCAA freshmen like Arizona center Deandre Ayton and Duke’s Marvin Bagley III have lived up to every bit of recruiting hype they entered college with.
The college season has also given us some new breakout stars. Oklahoma freshman point guard Trae Young has become the story of the season, leading the NCAA in points and assists with dazzling play that’s drawn comparisons to Stephen Curry. There have also been some breakout upperclassmen, led by Villanova’s long-armed defensive ace Mikal Bridges.
With conference play in full swing, it’s time for a new mock draft. Let the tank-off begin.
Luka Doncic might be the best player in Europe right now. Not the best prospect — best player. The 18-year-old is an advanced stats monster, leading Euroleague in BPM, posting a sterling 65 percent true shooting percentage, and saving some of his best games for the biggest competition.
Doncic is not an elite athlete like many of this draft’s other top prospects, but he checks every other box. At 6’8, he plays as an oversized point guard, showing off excellent passing ability, a capable three-point stroke, and a great feel for the game. There has never been a more accomplished European teenager to enter the draft.
For as good as many of the NCAA freshmen look right now, Doncic deserves to be the clear favorite for the No. 1 pick.