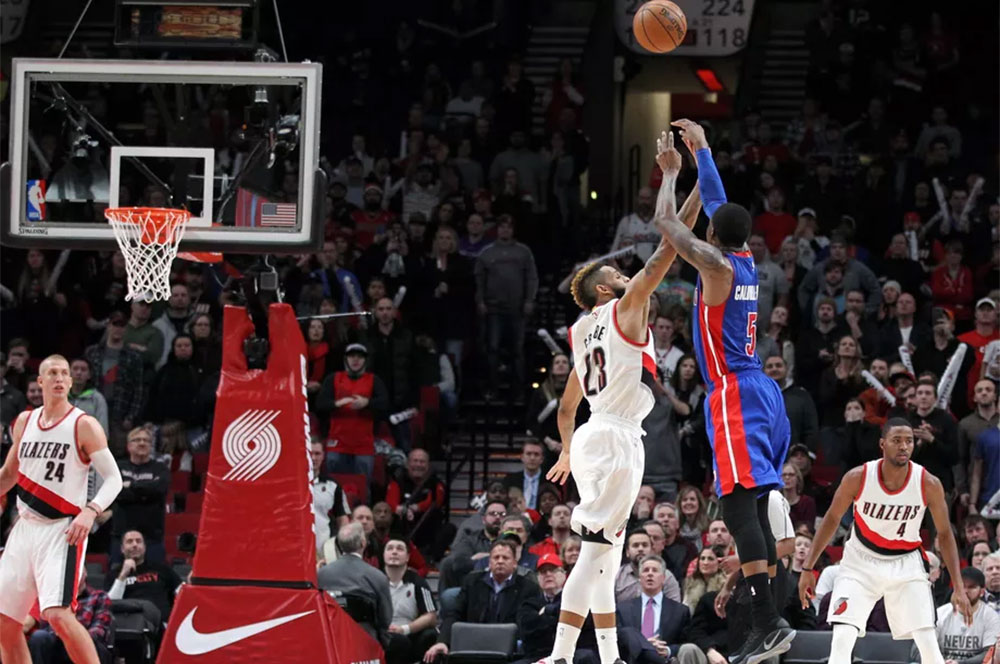 These two teams are making a habit of playing memorable games. After late three point shots from C.J. McCollum forced both overtime and then a second overtime, it was a three point shot from Kentavious Caldwell-Pope that had the final word.

Trailing by two late in the second overtime, the Pistons came up with a big defensive stop off a jump ball. Reggie Jackson had his chance to win the game for the Pistons at the end of regulation and overtime, but Stan Van Gundy called KCP’s number on the in-bound play. Caldwell-Pope nailed the three off the screen for the game winner with 9 seconds remaining.

Damien Lillard had a chance to answer to send the home crowd out happy, but missed on the floater. Stanley Johnson had the ball poked away, but the officials ruled it hit him last and put .2 seconds back on the board.

Interestingly, the camera didn’t decide to cut in to what Stan Van Gundy’s strategy would be in the huddle. But he brought in Boban Marjanovic and Aron Baynes along with Andre Drummond to form some sort of structure, perhaps wall-like. It worked, ballgame.

Reggie Jackson, Drummond, and KCP were the big three for the Pistons tonight. Drummond finished with 28 points on 13-20 shooting, 14 rebounds, 4 steals, and 2 blocks. Jackson had 31 points, 3 assists and a pair of steals. Caldwell-Pope posted 26 points and 4 steals.

It was a heck of an exciting game and a great way to kick off the Pistons’ west coast road trip. They’ll head down to face the Sacramento Kings next on Tuesday for a late 10:30 p.m. tip.