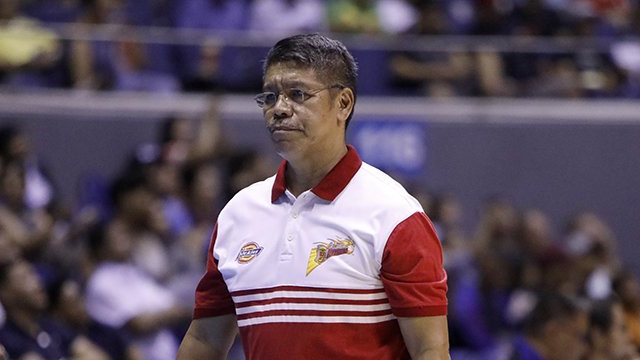 Austria urges Sariaya’s youth to not give up on their dreams, says SMC is building a better future for them

San Miguel Beermen head coach Leo Austria said the youth in his hometown Sariaya should not give up on their dreams despite the Covid-19 pandemic as he is confident the presence of San Miguel Corporation (SMC) will boost basketball in Quezon province and produce fresh talents who will eventually make it to the collegiate leagues and the Philippine Basketball Association (PBA).

Austria, the PBA rookie of the year awardee in 1985, said that living in the province did not deter him from moving forward as a player and coach in the Philippine Amateur Basketball League (PABL) and the PBA.

Austria reiterated his thanks to SMC president and COO Ramon S. Ang for taking care of 127 families who relocated to the P352 million sustainable housing community from the risky coastal areas of Sariaya.

Upon learning that SMC’s housing community has a concrete basketball court, Austria said he would have wanted to conduct basketball clinics for children. But that will have to wait as existing quarantine restrictions prohibit team-oriented sports activities.

SMC is set to build a modern, state-of-the-art integrated agro-industrial complex in Sariaya, Quezon that will include a brewery, grains terminal and feedmill, a ready-to-eat food manufacturing plant, fuel tank farm, and port facilities.

Each housing unit in the community, built under Housing Land Use Regulatory Board (HLURB) standards, has a lot area of 54 square meters that can fit a bedroom, toilet and bathroom, kitchen, dining area, and loft capability. The community also has an overhead water tank with 136,000-liter capacity, a dedicated sewage treatment plant made of natural reed beds, park, daycare center, and playground garden.