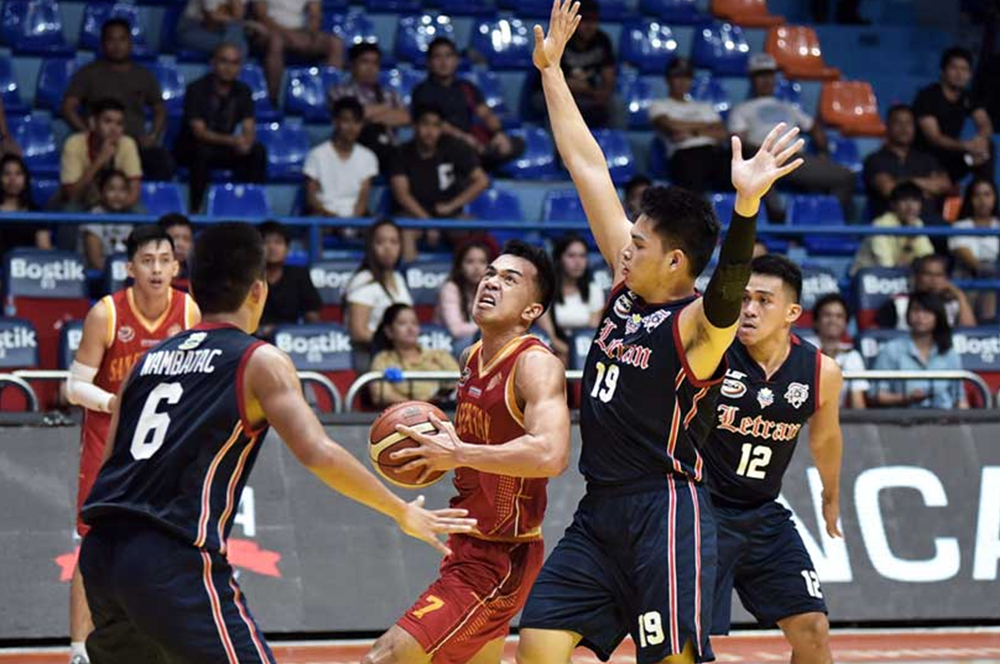 RIVALS Letran Knights and San Sebastian Stags look to book a spot in the semifinals of Season 93 of the National Collegiate Athletic Association (NCAA) when they collide today for the remaining slot at the Mall of Asia Arena. 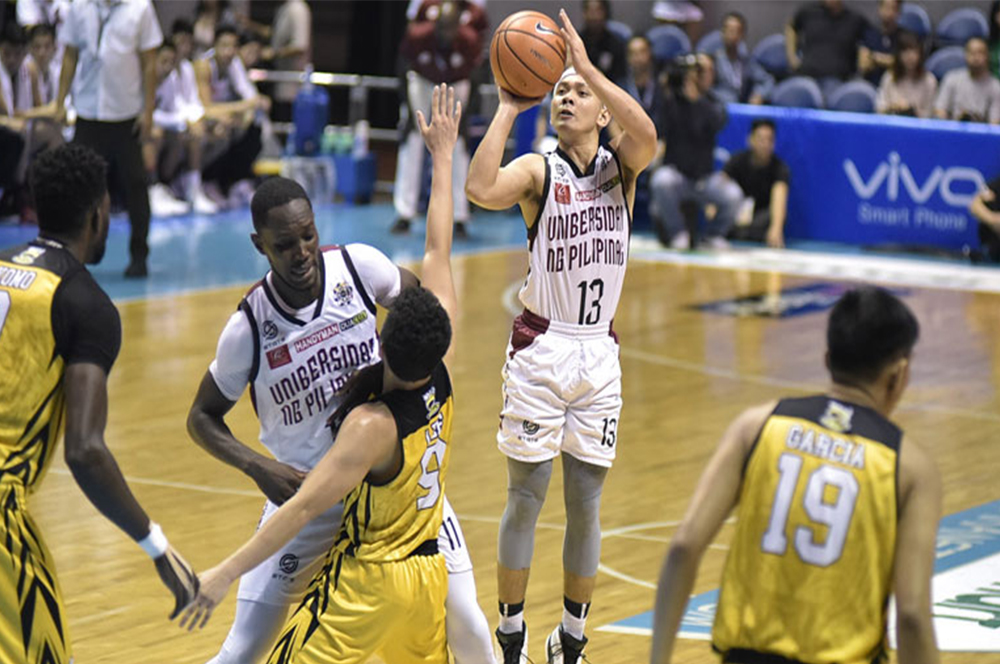 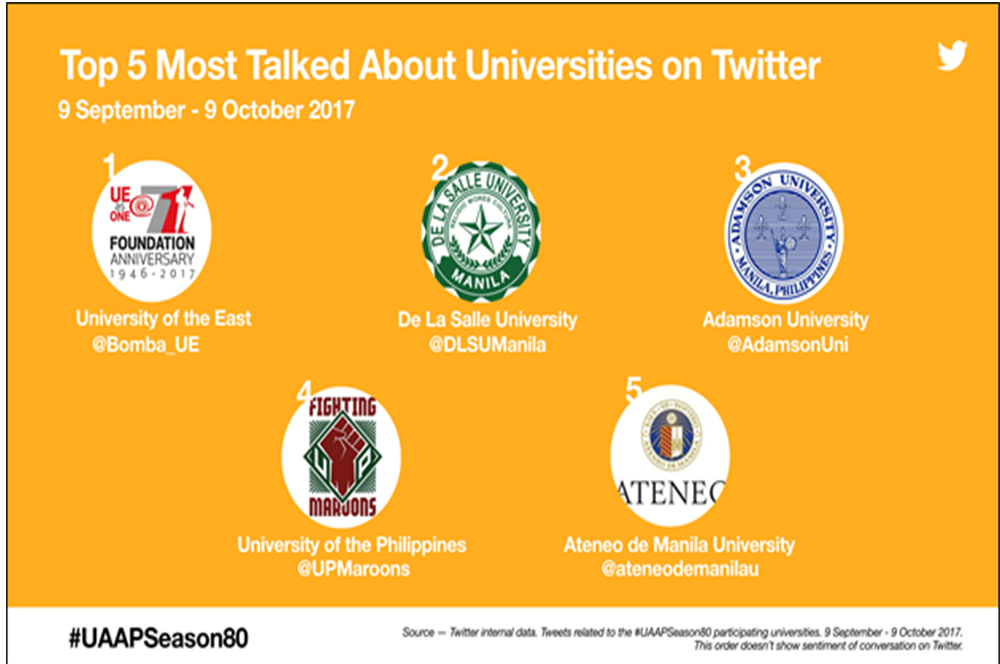 The epic rivalry of ADMU (@ateneodemanilau) and DLSU (@DLSUManila) reached fever pitch during the end of #UAAPSeason80 Round 1 games last weekend, as fans from each university went on a Tweeting frenzy to celebrate their teams’ performance. The atmosphere stayed positive on Twitter, despite the heated on-court battle between the top two teams of the season so far.

As a LIVE platform, Twitter shows what’s happening in the world of #UAAPSeason80. Fans have been using the platform to root for their favorite teams or universities and find relatable information about the upcoming games. Below are interesting data related to the conversation about #UAAPSeason80 on Twitter (9 September - 9 October 2017). 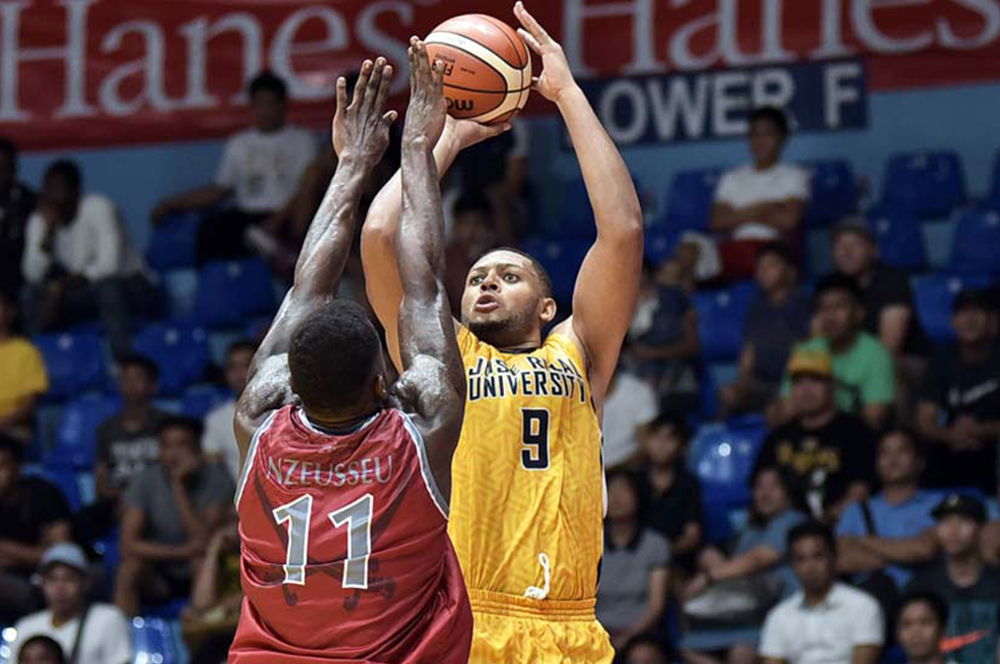 KALENTONG-based Jose Rizal University (JRU) Heavy Bombers try to book a spot in the Final Four of Season 93 of the National Collegiate Athletic Association (NCAA) when they collide today against also-rans Mapua Cardinals in the 2 p.m. curtain-raiser at the FilOil Flying V Centre in San Juan City.

Safely perched at number three with a 10-6 record, the Vergel Meneses-coached Bombers are out to make their playoff entry official with another victory. 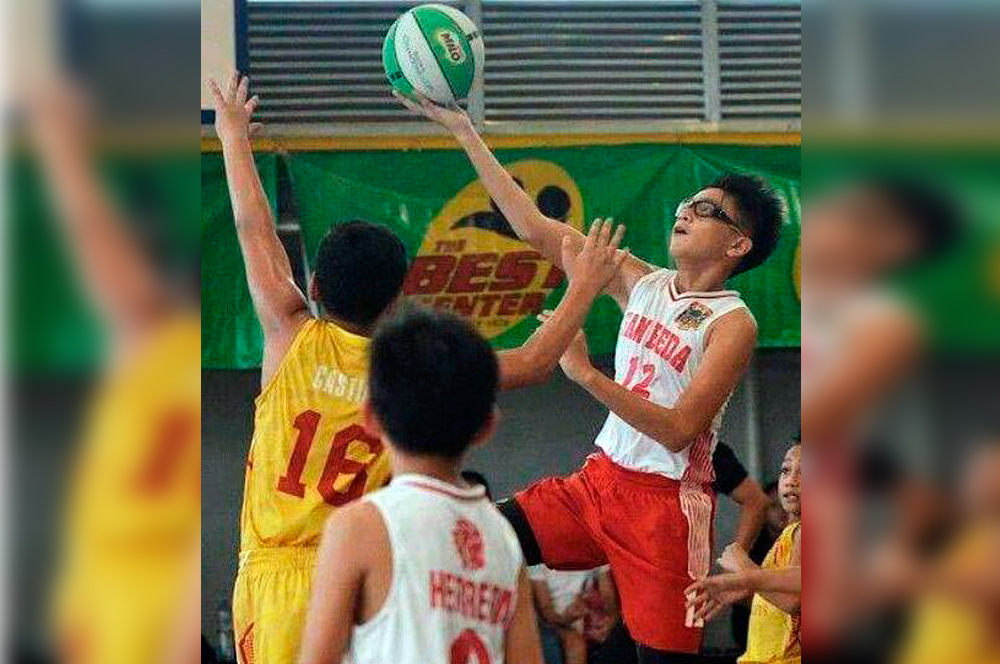 Nathaniel Angelo Manarang started playing basketball in his makeshift half-court in their home’s backyard and at the covered court in their subdivision in Antipolo City along with his kid buddies. 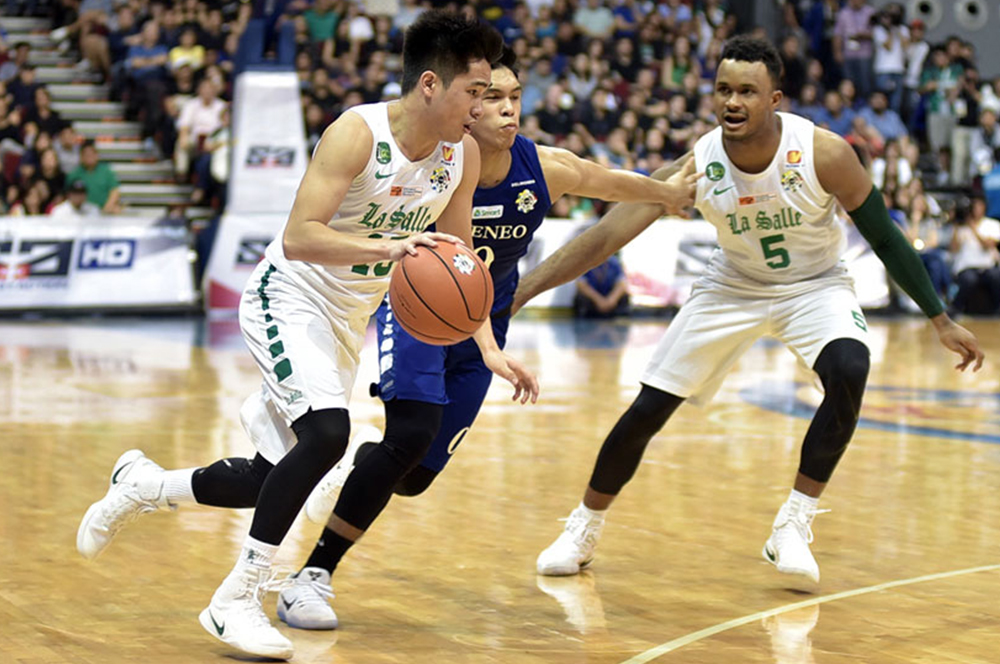 AN eventful first round of the University Athletic Association of the Philippines (UAAP) Season 80 men’s basketball tournament ends this weekend with all eight competing teams seeing action.

All to be played at the Mall of Asia Arena, first-round UAAP windup games on tap carry varying significance for the combatants.

Locked in a three-way logjam for fourth place entering the match, along with the idle Adamson Soaring Falcons, FEU broke off from the 2-2 tie with a gutsy victory, anchored on a balanced attack all game long, while sending NU down the standings. 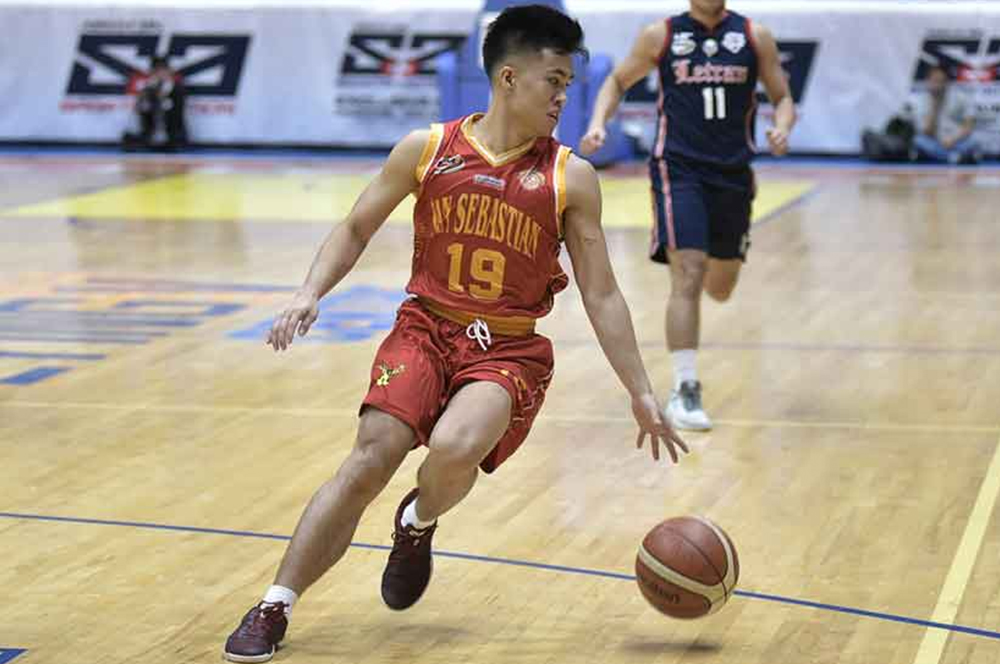 To do battle at 2 p.m. at the FilOil Flying V Centre in San Juan City, the season hosts Stags (6-6) and Muralla-based Knights (7-6) are out to boost their claim for one of the two remaining spots in the semifinals of the ongoing season of the country’s longest-standing collegiate league. 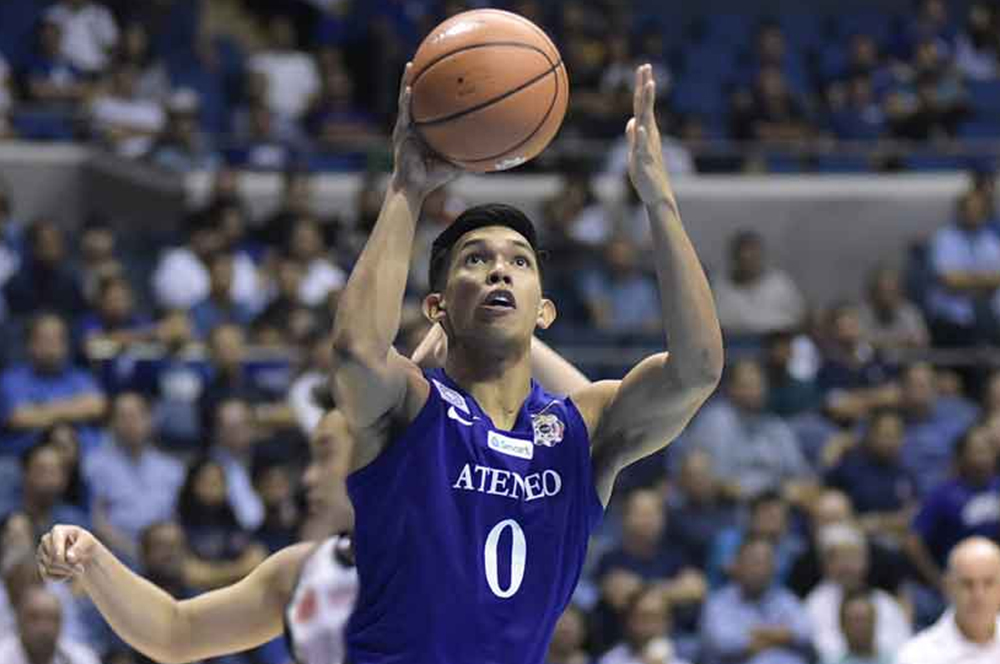 THE league-leading Ateneo Blue Eagles stayed in top form yesterday, adding to the misery of still-winless University of the East (UE) Red Warriors, 83-65, to race to their fourth straight win in as many games in University Athletic Association of the Philippines (UAAP) Season 80.

The lone unbeaten so far early in the new UAAP season entering the contest, the Katipunan-based Eagles made sure that such standing would hold with a convincing win over the Warriors, which dropped to 0-4 for the season following their latest defeat. 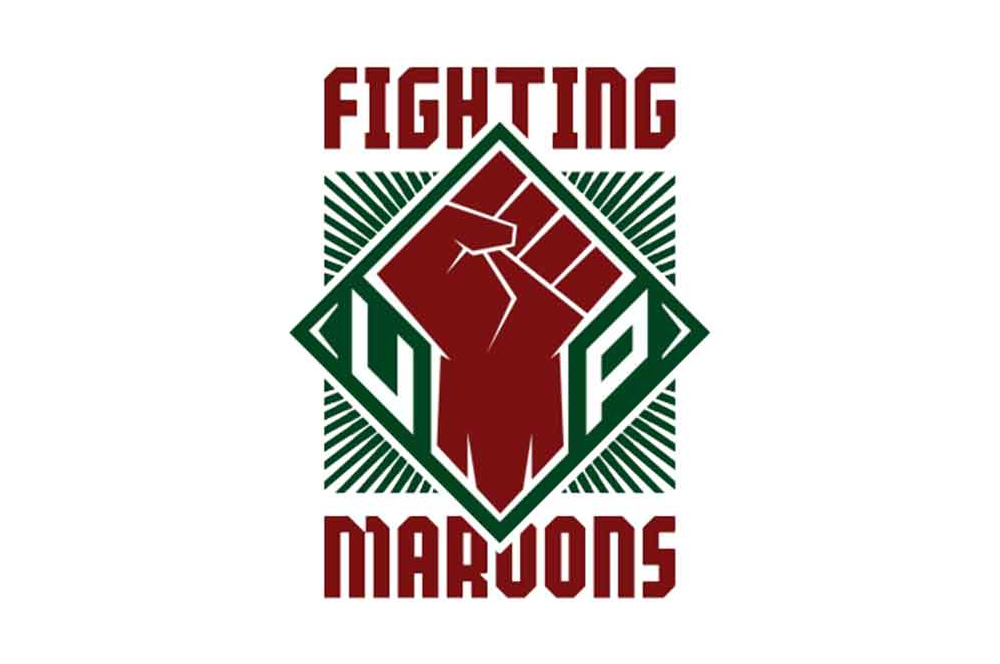 Set for tomorrow at 4 p.m. at the Mall of Asia Arena, third-running UP will get a shot at still-unblemished La Salle which became all the more formidable with the return of reigning league most valuable player Mbala after playing for the national team of Cameroon in the recent FIBA AfroBasket tournament. 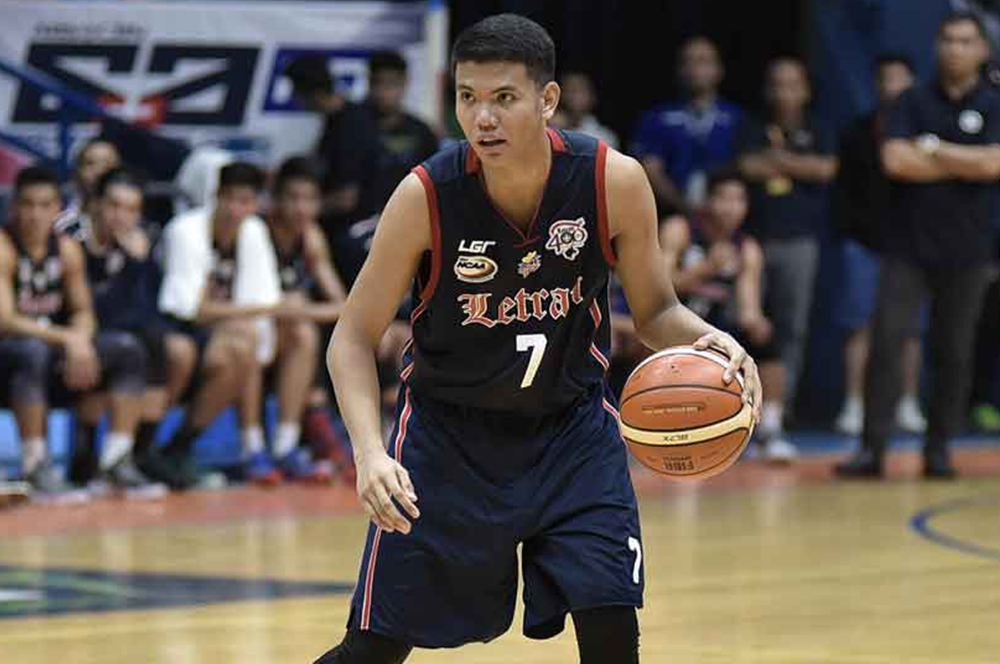 GOT tripped in their previous assignments, the Letran Knights and Arellano Chiefs look to get back some lost ground and give their struggling campaign in Season 93 of the National Collegiate Athletic Association (NCAA) a jolt when they collide against one another in league action today at the FilOil Flying V Center in San Juan City.