Bright Akhuetie and Juan Gomez de Liano led University of the Philippines to a rousing start as the Fighting Maroons handed the University of the East Warriors an 87-58 beating in UAAP Season 81 men’s basketball at Mall of Asia Arena in Pasay city on Saturday. 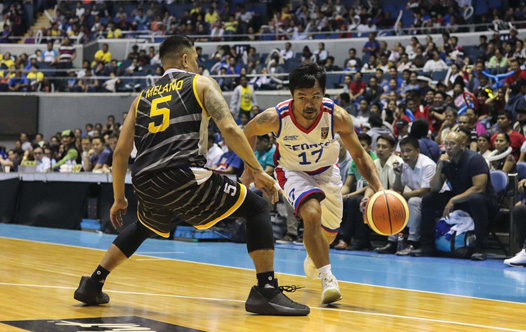 The Philippine National Police Responders hope to start their title drive on a high note even as the PhilHealth Plus target a memorable debut when they clash against separate rivals on Sunday in the 7th UNTV Cup at the Pasig City Sports Center.

Led by former University of the East player Ollan Omiping, the Responders collide with the GSIS Furies at 5 pm with the former slightly favored over the team that is seeking a finals’ appearance in the annual tournament for public servants. 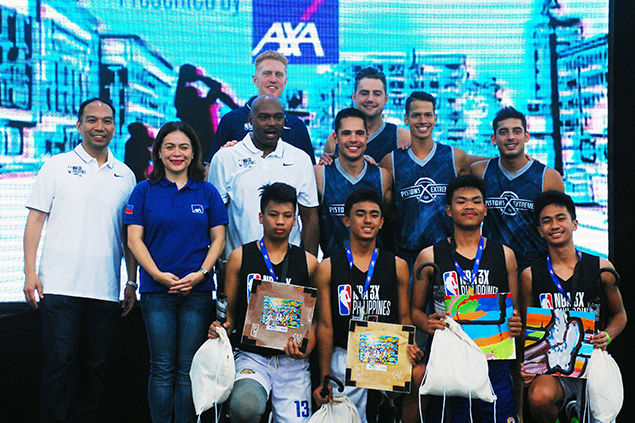 MANILA, PHILIPPINES, July 23, 2018 – The National Basketball Association (NBA) announced today that the NBA 3X Philippines presented by AXA will return to Manila for an eighth consecutive year on Aug. 25-26 at the SM Mall of Asia Music Hall, and will feature an NBA player, an NBA legend, and a slam dunk team.

The league’s international grassroots event platform will showcase a 3-on-3 tournament featuring men’s and women’s teams combined with authentic NBA entertainment. Registration for NBA 3X Philippines 2018 begins on July 25 on a first-come, first-served basis at www.nba3x.com/philippines and runs until Aug. 8, or until all slots are full. 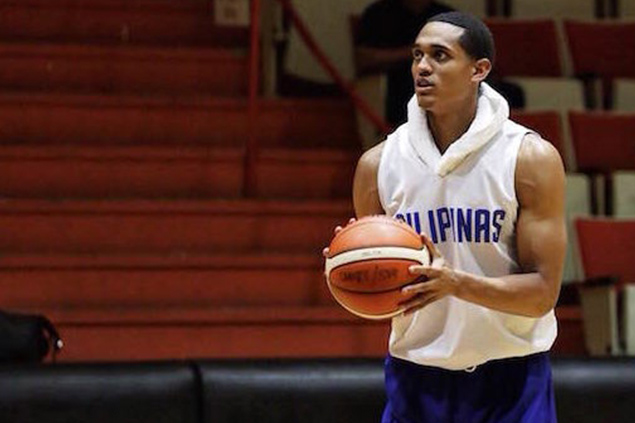 The Philippine quintet imposed itself against a badly handicapped Japanese side Tuesday in the 18th Asian Games here, hacking out a 113-80 victory for a guaranteed improvement from the country's seventh-place finish in the Incheon Asiad in 2014.

Christian Standhardinger and Jordan Clarkson were in the forefront of Gilas’ attack. The Filipino-German forward had a double-double of 27 points and 13 rebounds, Clarkson had 22 markers. 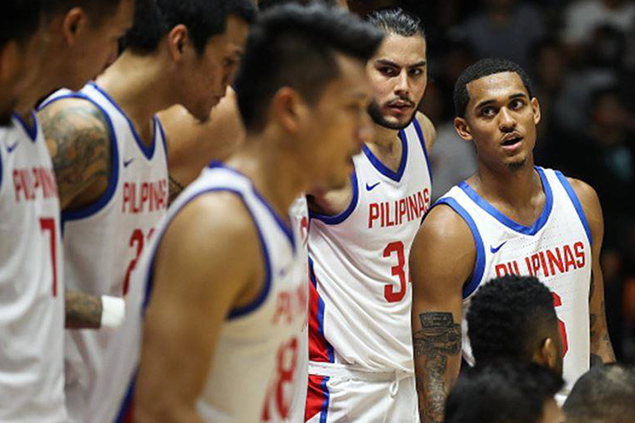 Gilas Pilipinas will try to advance to the semifinal round of the 2018 Asian Games when it takes on South Korea Monday in Jakarta, Indonesia.

Tipoff is at midnight ET, and the game can be live-streamed on YouTube for fans who are interested in seeing the Gilas take on the undefeated Koreans.

The Philippines go into the knockout-round game with a 1-1 record, having trounced Kazakhstan 96-59 and dropping an 82-80 decision to China. 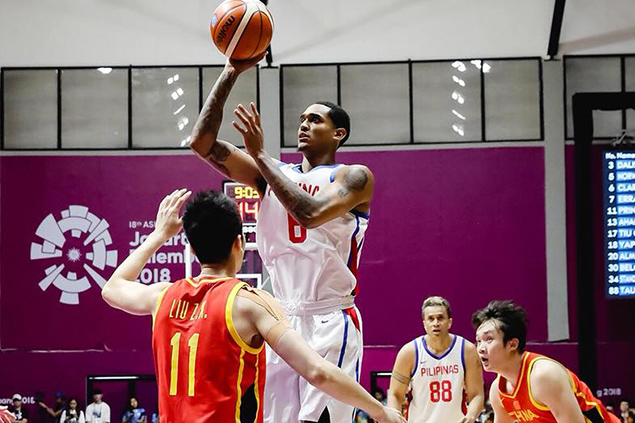 Jakarta, Indonesia—The Philippines’ basketball coach said a referee from “Chinese territory” should not have officiated his side’s narrow loss to China at the Asian Games, querying the number of fouls his side was awarded. 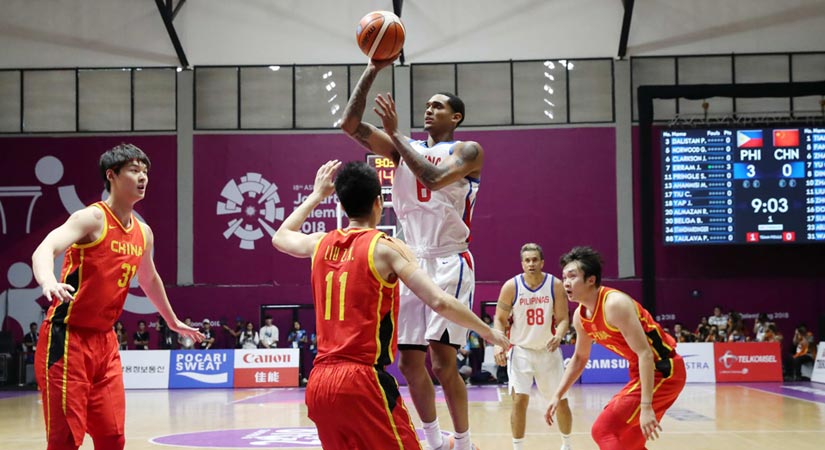 CHINA survived a spirited challenge from the Philippines in their preliminary Group D match at the 18th Asian Games on Tuesday, winning, 82-80, at the Gelora Bung Karno Basketball Hall in Jakarta, Indonesia.

Regaining their composure just in time to snatch back the win, the Chinese avoided opening their Asiad bid with a disaster as they held on for the win in a game that proved to be too close for comfort for them. 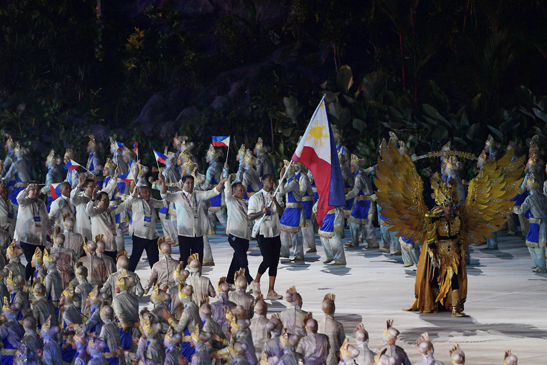 Jakarta, Indonesia—Cleveland Cavaliers guard Jordan Clarkson has called on the NBA to let players compete in more global tournaments to boost the sport’s popularity worldwide, ahead of his first appearance for the Philippines at the Asian Games.

Clarkson, who dashed to Jakarta last week after the US league released him in a last-minute U-turn, said Sunday he had wanted to play for the Philippines for years but had been repeatedly blocked. 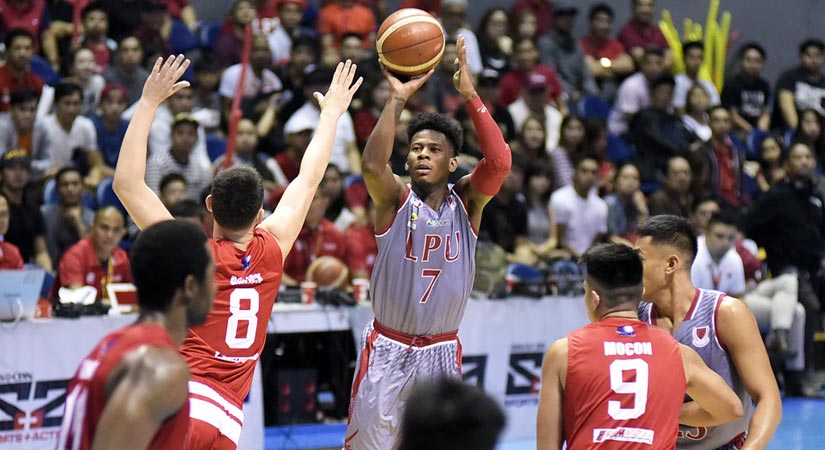 IT will be a battle of leagueleaders and undefeated teams today at the National Collegiate Athletic Association as the Lyceum Pirates and defending champions San Beda Red Lions take on one another in a marquee matchup set for 4 p.m. at the FilOil Flying V Centre in San Juan City.

Currently occupying the one and two spots, respectively, Lyceum (8-0) and San Beda (6-0) seek to extend their strong run in the opening round of Season 94 and fortify their top-perch team status in the ongoing tournament. 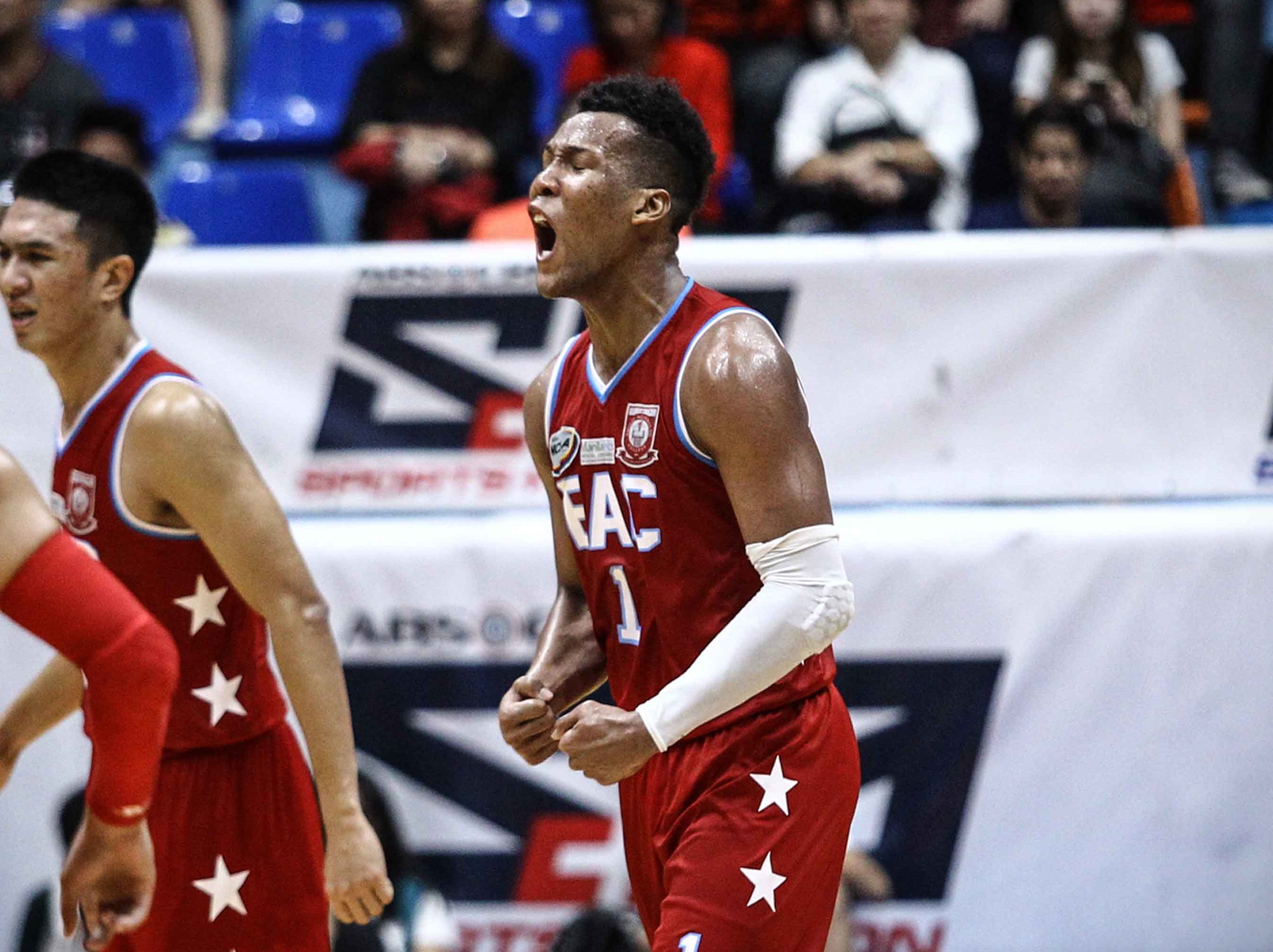 SUDDENLY on a strong charge back, the Emilio Aguinaldo College Generals (EAC) shoot for their third straight win when they face off with the College of St. Benilde Blazers in National Collegiate Athletic Association Season 94 action today at the FilOil Flying V Centre in San Juan City.

Winners of their last two games after starting their campaign with four consecutive losses, the Generals (2-4) attempt to continue rising in their 2 p.m. collision with the middling Blazers. 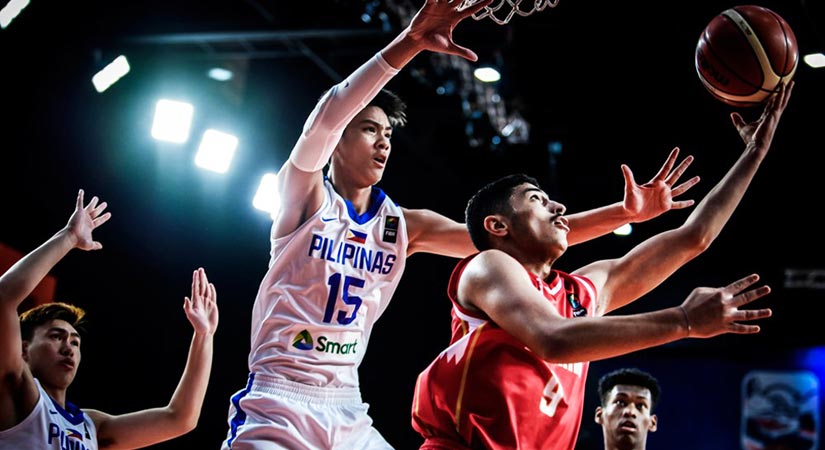 THE Philippine national youth team is through to the semifinals of the FIBA U18 Asian Championship after beating Bahrain, 67-52, in their knockout quarterfinals on Thursday at the Stadium 29 in Nonthaburi in Thailand.