The Lakers are struggling. Is it as simple as just not making shots? 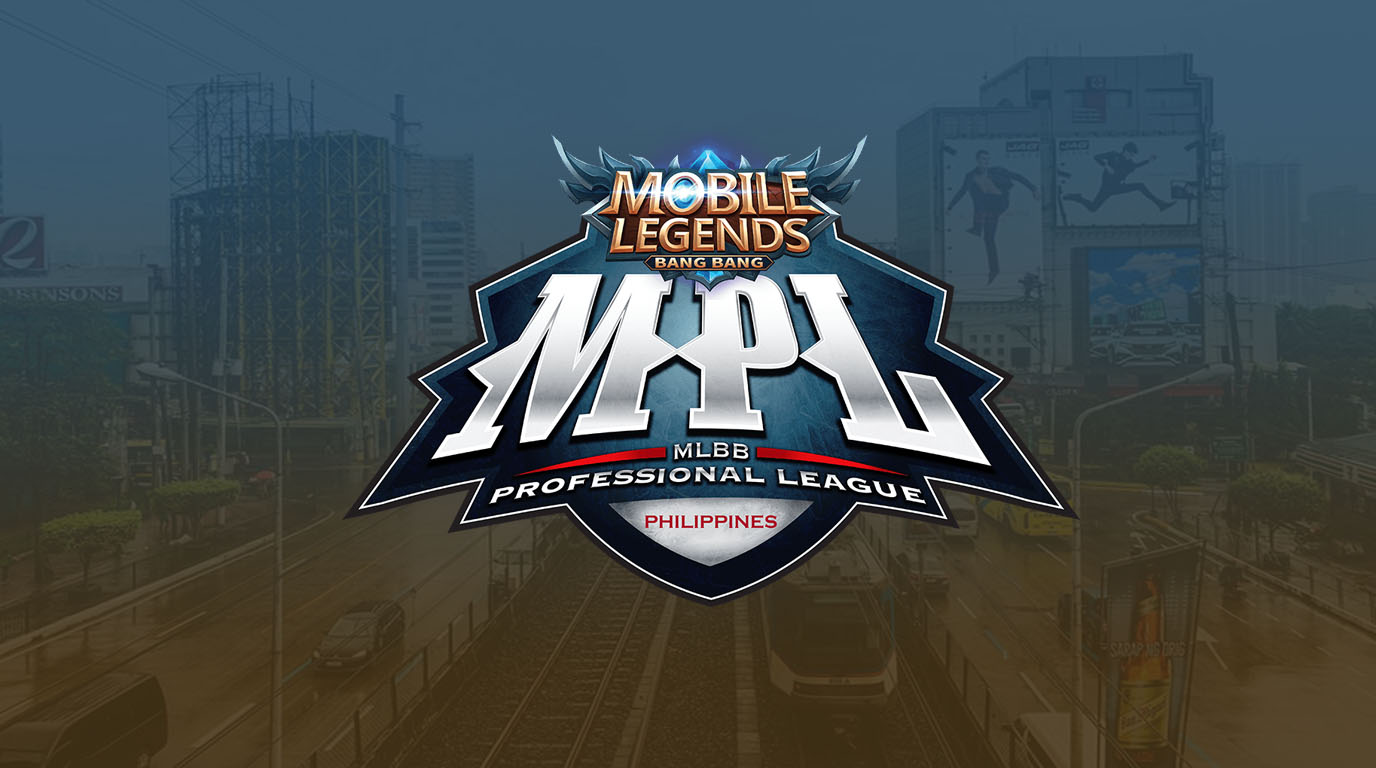 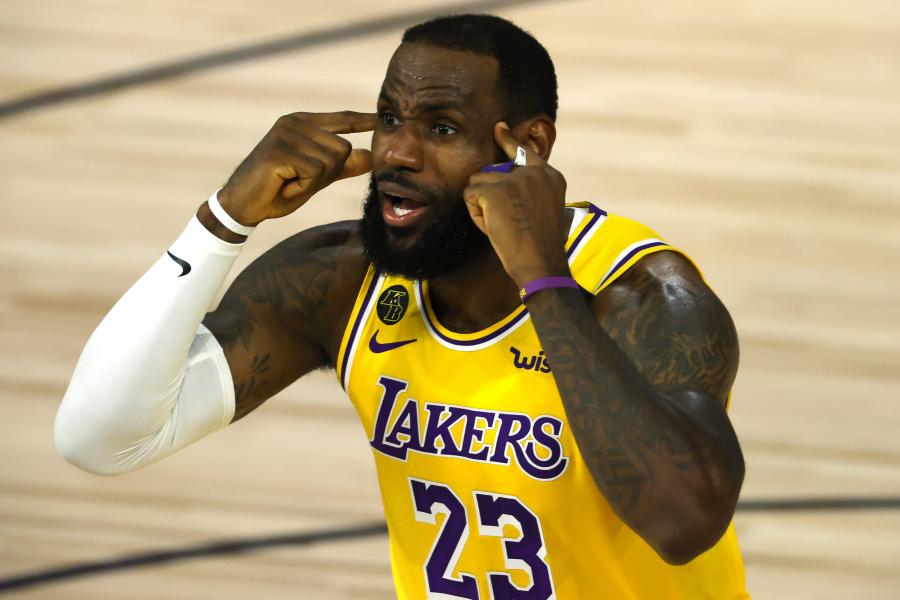 There is no way to sugarcoat this: The Lakers have looked bad in the bubble, especially offensively. The team has managed to go 2-2 so far in the NBA restart despite their struggles, but if one hadn’t watched them until these four games, that theoretical person would probably be shocked to find out that this is the team that just clinched the top playoff spot in the Western Conference.

The good news is that the Lakers are in agreement on what the problem is, but the bad news is that it’s not completely clear how easily they can fix it.

“I think it’s just as simple as making shots. We’re getting good looks. Everyone’s not shooting the ball very well, especially from three,” Lakers star Anthony Davis told reporters on Zoom after the team’s most recent loss to the Oklahoma City Thunder.

Not shooting the ball very well might be underselling it a tad. The Lakers’ loss to OKC on Thursday night was the third game in their last four tries in which they’ve set a new season-low in field-goal percentage, making just 35.2% of their shots, surpassing their previous lows against the Toronto Raptors (35.4%) and LA Clippers (39%). The game also saw the Lakers shoot the worst percentage they have on threes all year (13.5%), which has been another struggle for them in the bubble.

After making 35.5% of their triples before the season shut down, the Lakers are knocking down just 25.2% of them since. It’s destroyed the space they use to try and score, and left them with the worst offensive efficiency of any team in the bubble.

Waiters can take solace in the fact that he’s hardly alone. The struggles haven’t spared any Laker. Other than Kyle Kuzma (who is shooting 50% from distance in the bubble) and Anthony Davis (36.8%), every Laker is shooting worse on threes in Orlando than they were before they came to the bubble.

However, despite this team-wide skid, the Lakers are actually shooting more threes (34.8) in the bubble than they were before arriving at Disney World (31.4). Three-ish shots per game may not seem like much, but when you’re shooting as badly as the Lakers are, it makes a difference.Still, head coach Frank Vogel doesn’t sound worried about the number of threes the Lakers are taking so far. Earlier this week he said he was more concerned with the quality than the quantity of the looks, and that’s something he elaborated on after losing to the Thunder.

“We’ve just got to continue to work for better shot quality,” Vogel said. “We’re continuing to miss open looks, which is leading to some frustration and a shorter fuse for the patience necessary to work for great shots. It’s just a matter of time before shots start going in.”

The numbers behind what Vogel is getting at don’t exactly paint a clear picture. The Lakers are taking a slightly higher percentage of shots against what NBA.com classifies as “very tight defense,” and getting slightly less “wide-open” looks, but the difference is only about 2% for both, not really enough to fully account for their struggles. The team is also getting a higher percentage of their shots via catch-and-shoot opportunities (32.4%) than they were before going to Orlando (28.4%), attempts which should theoretically be easier.

Playing against all playoff teams so far after an unprecedented, four-month hiatus of course makes things more difficult, but other teams haven’t seen their offenses crater to the same degree, and the Lakers are getting the looks they want. That last part is why Davis says that when he’s talking to his teammates on the bench about the misses during games, their conversations have been optimistic.

“We’re happy it’s happening now and not later in the playoffs,” Davis said. “At some point in time, we’re going to have a game where we make 20-25 threes... We just have to stay the course and keep shooting the basketball.”

“When you put in the work, you’re okay with the result, whether it’s make or miss,” added LeBron James. “I know my guys have put in the work, I know I’ve put in the work, so make or miss, you can be okay with the results. It’s only when you do not put the time, you do not commit to the game, you do not put the time into your body, and things of that nature, that you can start second-guessing what is going on. But when you put in the hours and put in the reps, you don’t worry about it too much, whether you’re making or missing. You just continue to go after it.”There are reasons for hope. While the Lakers’ offense has fallen off of a cliff, through the ground, and melted into the magma contained within the planet’s core, their defense has stayed steady. They had third-best defense before the season came to a halt, and still do. The Lakers have actually gotten stingier, holding teams to 102.4 points per 100 possessions after allowing 105.5 all season.

“I think we’re fine. I don’t think this is anything eye-opening or something that we need to be afraid of,” Davis said. “If our defense was bad, I think we’d be a little more in shock about our team and where we are but I think our defense is where want it to be. I mean, we clinched first. We’re fine. Obviously we want to win games and improve, but we just want to continue to stay sharp and continue sharpen our tools going into the postseason.”

And to Davis’ point, this is not a playoff rotation. James is playing slightly less minutes than he was in the regular season, but for the most part Vogel is playing about the same amount of guys, with seven players averaging more than 19 minutes per game, which is the same as it was before the hiatus. The Lakers are very much continuing to experiment, with some tests going more successfully than others.

One good result of their tinkering: Lineups featuring the Alex Caruso/Kuzma/Waiters three-man group have outscored opponents at a rate that would equal 33.3 points per 100 possessions over 45 minutes so far, providing some hope that the Lakers will find some bench groups that work for the postseason. However, one of Vogel’s other lineup tests has went a little less well, and beyond shooting or anything else, is likely the biggest reason the Lakers are losing these games.

Their new starting lineup, with Kentavious Caldwell-Pope replacing Avery Bradley after the latter opted out of the league’s restart, has been a complete and utter disaster. That group’s 17-4 record coming into the resumption in Orlando masked it’s mediocrity: It only outscored opponents by 3.4 points per 100 possessions before the bubble, 9.2 points worse than the same group with Bradley in Caldwell-Pope’s place. In spite of that, it was the Lakers’ second-most frequent five-man grouping this season.

In the bubble, the Lakers would probably kill for that unit’s previous mediocrity. The starters have been outscored by an astounding 30.1 points per 100 possessions in Orlando, and have played by far the most minutes of any five-man unit (41). No other lineup has more than 13 minutes in four games in which the Lakers have been outscored in by a combined 24 points total. That’s a pooped-in-the-fridge-and-ate-a-whole-wheel-of-cheese level of amazingly horrific that you almost can’t even be mad about. If they don’t improve, it feels unlikely that Vogel won’t make a change.

But whether all of this is just bad luck due for regression, satisfaction with locking up the top seed-related lethargy, or something deeper and harder to pinpoint, the team is confident it will turn around.

“We have a lot veteran guys. No one is really hanging their head. Obviously guys want to make shots,” Davis said. “I’m 100% positive it will (turn around)... We’re getting everything we want offensively: easy looks. But guys are missing layups, I’ve air balled floaters that I make, I’m missing free throws — things we usually do, it just isn’t happening. It’s not like our offense is bad where we have bad spacing or we’re not in the right spot. It’s more so guys being comfortable with making shots.”

If that doesn’t happen soon, the Lakers may be in trouble. But right now they really are just missing shots they normally make more of, and if simple upward regression to the mean doesn’t cut it, at least there do seem to be a few obvious options for rotational tweaks — starting with the starters — for the team to try if their shooting doesn’t start to trend back up again over the next game or two.