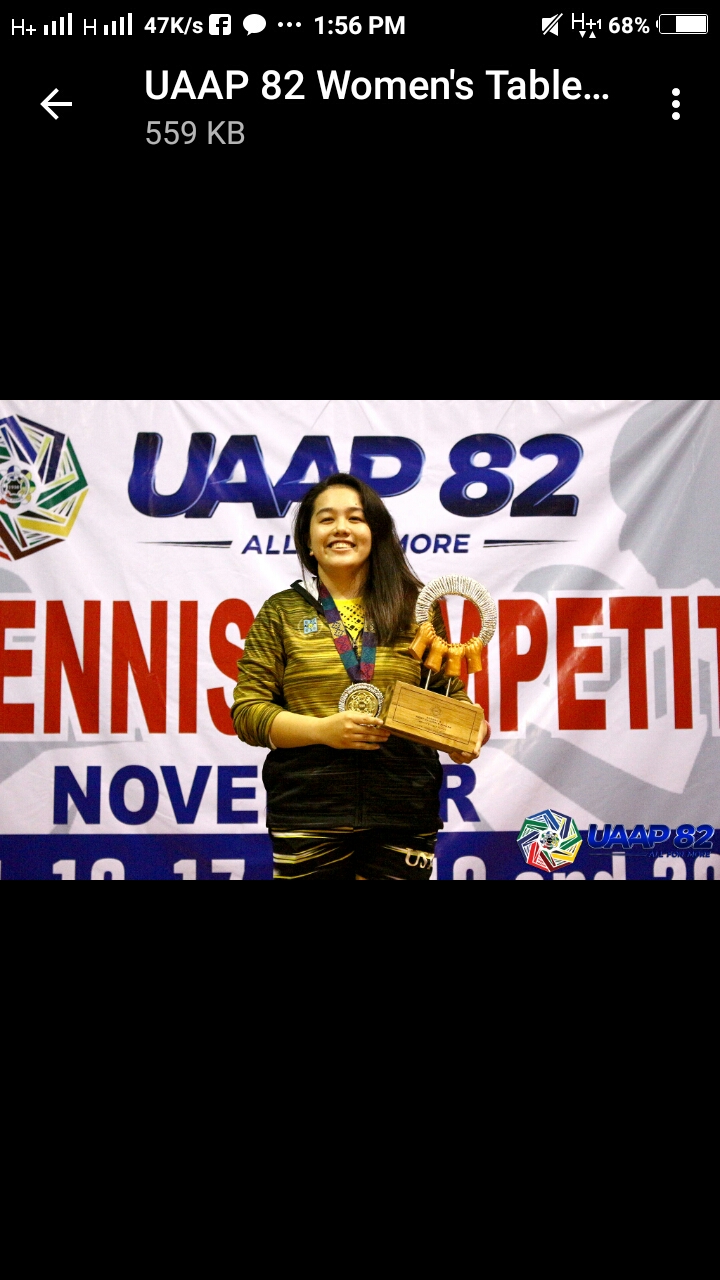 This is the Tiger Paddlers' second straight championship and 28th overall.

Graduating senior Raymark Mabuang closed out both the second and third ties of the championship to gift the UST the record-setting plum.

The Thomasian standout took down Romualdo Ramiro Jr. in a match that ended at 12-10, before taking another four-set win over Louis Llamas in that final tie.

For his valiant stand, Mabuang was later adjudged the Most Valuable Player.

The doubles tandem of Mcleen Dizon and Prince Garcia was the difference in both the won ties as they turned it around with wins for the 2-1 leads for UST.

The Thomasians came back from a set down and swept Franz Mogol and Harold Celeridad after the break. They then dominated Jon Sinchongco and Celeridad in just three sets later that afternoon.

Long-time mentor Jackson Que was proud that his team came up with another championship. "Two months before the UAAP, talagang nagbago tayo ng lineup agad. So, nasira yung plan natin," he shared.

And they needed to dig deep to outlast the Lady Eagles.

Tigress Paddler Danica Alburo turned back two match points from Lady Eagle Kathleene Bulaquena to eventually took the win for UST at 14-12 in the fifth set of the deciding singles match at the afternoon's tie.

Ateneo earlier threatened to extend the series as eventual-Rookie of the Year Kaela Aguilar and fellow newbie Ann Borbon put their squad up 2-0. Aguilar outlasted Sherlyn Gabisay in five sets, while Borbon edged out Ciara Derecho in four.

Nonetheless, Leigh Villanueva and Emery Digamon pulled through for the Tigresses in the doubles match at 12-10, 11-7, 5-11, 11-8, and set up the stage for a comeback for Shaeena Ronquillo and Alburo.

Ronquillo earlier denied Bulaquena in the morning's deciding singles match at 11-9 in the fifth game to take the 1-0 series lead for UST.

With her wins and more importantly her leadership, sophomore team captain Gabisay bagged the Most Valuable Player award.

"Pinag-aralan namin yung lineup na we could not just assign anybody [in order] to beat Ateneo," shared Wadjad about the clashes they had with Ateneo. PR