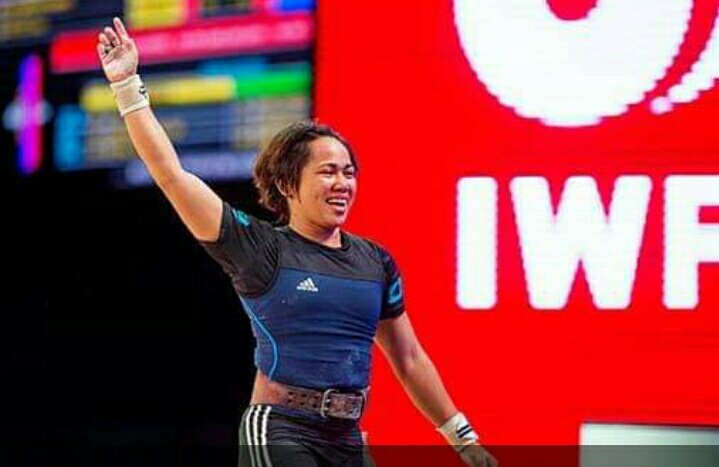 The Samahang Weightlifting ng Pilipinas (SWP) is looking to send a big delegation when the country marches to the 2020 Tokyo Olympics.
SWP President Monico Puentevella said they have a deep bench of talents that could help Olympians Hidilyn Diaz and Nestor Colonia in representing the country in the Summer Games set from July 24 to August 9 next year.
Leading the charge for the local weightlifters is Vanessa Sarno, a 16-year-old prodigy who won two gold medals in the Asian Junior and Youth Championships in Pyongyang last week.
Sarno overcame the favored North Korean and Uzbek lifters in the finals, giving her a good chance of qualifying for the Summer Games this year and emerging with a medal in the Paris Olympics in 2024.
Aside from Sarno, the SWP also has Eileen Ann Ando, Kristel Macrohon and Margaret Colonia in its roster.
“We want to become the sports association with the largest number of Olympic delegates,” said Puentevella, a former Bacolod lawmaker, chairman of the Philippine Olympic Committee and commissioner of the Philippine Sports Commission (PSC).
“Like Hidilyn when she competed in the Beijing Olympics in 2008, we are also exposing our young players to international competitions as early as 16 years old. We are preparing them early and want them to qualify in the Tokyo Olympics so that by 2024, they already have the experience to become Olympic medalists.”
He added that while coming up with an impressive finish in the SEA Games is on top of their priorities, sending a big delegation to the Olympics is also one of their goals since the country has a good chance of winning in weightlifting.
“We’re more concerned now with winning in the Olympics than in the SEA Games. Modesty aside, we’re poised to send more athletes to the Olympics aside from Hidilyn and Nestor. We have a lot of young players in the pipeline,” he further noted.
“Hidilyn was heaven-sent to Philippine sports. She inspires us all to work harder,” Philippine Sports Commission Chairman William Ramirez said.
“We will continue to support her, the weightlifters and all the other athletes as we aspire to send more champions and winners to every podium,” the PSC Chief added.
In order to qualify for the Summer Games, athletes must come up with good finishes in six qualifying tournaments.
So far, Diaz, Colonia and other local bets have already competed in three tourneys with the SEA Games, China World Championships, Roma World Championships and Asian Championships still in the calendar.
Puentevella  shared that the all-out support of the PSC had inspired his athletes to shoot for Olympic slots.
“Due to our achievements in the past, the PSC, through chairman William Ramirez is throwing its all-out support. I guess it’s because we’re the only federation that delivered a silver medal or a medal of any color in the Olympics in 20 years or so. And we are very thankful for that.”
“We are also thankful to MVP Sports Foundation and Ayala Corporation for helping us,” he further added.PR