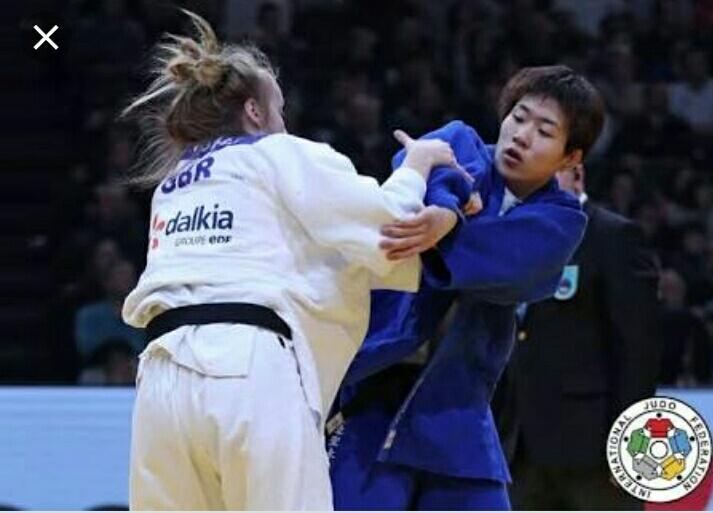 Watanabe is currently ranked 23th in the world ranking in the women's -63kgs and all she has to do is to join all remaining Olympic qualifying tournaments to maintain her ranking.

Carter said that Watanabe's chance of directly qualifying in next year's Tokyo summer games is highly probable because several countries have more than one judoka in the top 26 of the women's 63-kilogram division and countries are only allowed to field one entry per weight class in the Olympics.

Carter said that countries like Japan has four judokas in the top 26 while Great Britain Has three. Other countries like Netherlands, Slovenia, China and Brazil have more than one.

Watanabe is competing in Osaka world championships next month just before the SEA GAMES which is the last Olympic qualifying for the year.

Watanabe is set to compete in three more qualifying tournaments next year just before the cut off in July.

Carter is confident of Watanabe's chances of achieving her dream to compete in the Olympics especially with the full support of the Philippine Sports Commission (PSC)  in funding her training and international competition and setting up the TEAM WATANABE to back up her training with sports science experts.

“Slots in the Tokyo Olympics are our bigger targets,” PSC Chairman William Ramirez said. “We are looking at more Filipino athletes qualifying in the Tokyo Games after gymnast Carlos Yulo and pole vaulter EJ Obiena.”

“But we should not forget that the SEA Games are also just around,” Ramirez added. “The PSC is all out in its support to the athletes for a better placing this time as we are hosting the biennial meet.”

Watanabe who is a three-time Sea Games gold medalist in her weight class is eyeing her 4th gold medal in the 30th Sea Games.

She won bronze at the age of 15 in the Jakarta Sea Games in 2011, then later dominated the next three editions, winning the golds In her weight category in Myanmar in 2013, Singapore in 2015 and Kuala Lumpur SEAG in 2017.

The Judo competition will be held on December 4-7 at the Laus Group Events Center in San Fernando, Pampanga.

Carter is also confident of the Philippine Judo Team's chances of winning six to seven golds out of the 16 judo events in the 30th biennial games with the six Filipino-Japanese judokas suiting up for the team.

The five local judokas are also capable of podium finishe and a possible gold medal output in the SEAG.PR