Can Leonardo DiCaprio and Brad Pitt save Hollywood? 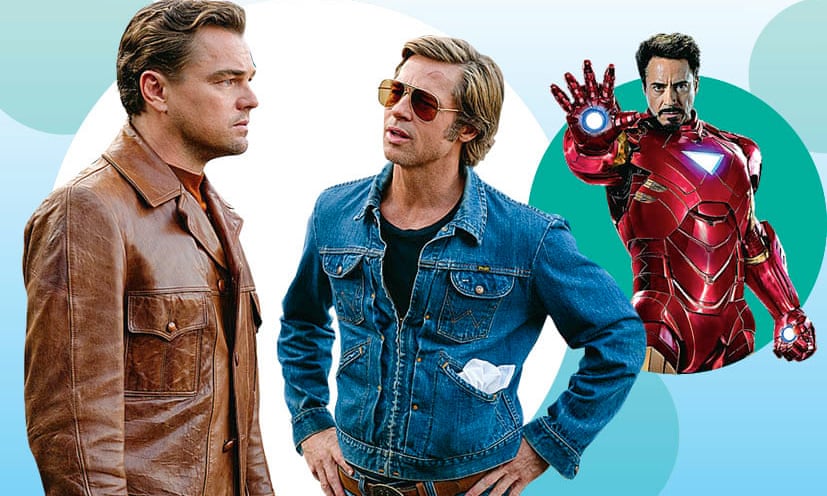 Is Leonardo DiCaprio Hollywood’s last movie star? That was the thrust of a recent Hollywood Reporter feature, suggesting he stands alone as an actor whose name is a hallmark of a movie’s quality in itself, who rarely has a flop, and who doesn’t put himself about too much – Quentin Tarantino’s Once Upon a Time … in Hollywood is his first movie since 2015’s The Revenant. “He is arguably the only global superstar left in a film industry in which an interchangeable group of actors regularly suit up in spandex or brandish a lightsaber for the latest billion-dollar earner,” the magazine argues, comparing DiCaprio’s pre-eminence with would-be peers such as Will Smith, Jennifer Lawrence and Robert Downey Jr.

Is there any rival to DiCaprio still standing in the movie-star stakes? Possibly one: his Once Upon a Time … co-star Brad Pitt. Pitt’s back catalogue might be patchier (recent flops such as Allied and War Machine might have passed you by completely), and his love life gossipier, but like DiCaprio, he broke out as a teen heartthrob in the late 90s, then successfully transitioned into serious-actor status. Between them they have worked with the best in the business: Scorsese, Malick, Fincher, Spielberg, Iñárritu (both) and, of course, Tarantino – Pitt in Inglourious Basterds, DiCaprio in Django Unchained.

The fact we’re having to scour around just to find two genuine movie stars to rub together tells its own story. We all know Hollywood isn’t what it used to be. The names of characters and franchises are now a bigger draw than the names of actors. DiCaprio and Pitt teaming up feels like that bit at the beginning of The Jungle Book where the drought is so bad all the animals have to call a truce and share the watering hole. The last big beasts have to band together to ensure their survival.

In that respect, Once Upon a Time … in Hollywood feels like a last stand for the entire concept of movie stardom. If you look across the arid summer landscape, it’s pretty much the only star-led drama any major studio is putting out. Otherwise, it’s all franchises and superheroes and Disney remakes until the rains of awards season.

Given the timing, Tarantino’s film is hardly reassuring. It recreates the Hollywood of the late 60s, an era when movie stars were also under existential threat – if not literally from Charles Manson’s killer hippies, then from the changing countercultural tastes, which rendered so much old-school entertainment “square”. DiCaprio and Pitt play almost the exact opposite of their real selves: the former a struggling cowboy actor; the latter his stunt double, both contemplating their own obsolescence. It is a movie shot through with uncertainty, and the feeling that the future belongs to someone else. Even if DiCaprio and Pitt can’t personally relate to that, the movie industry certainly can.