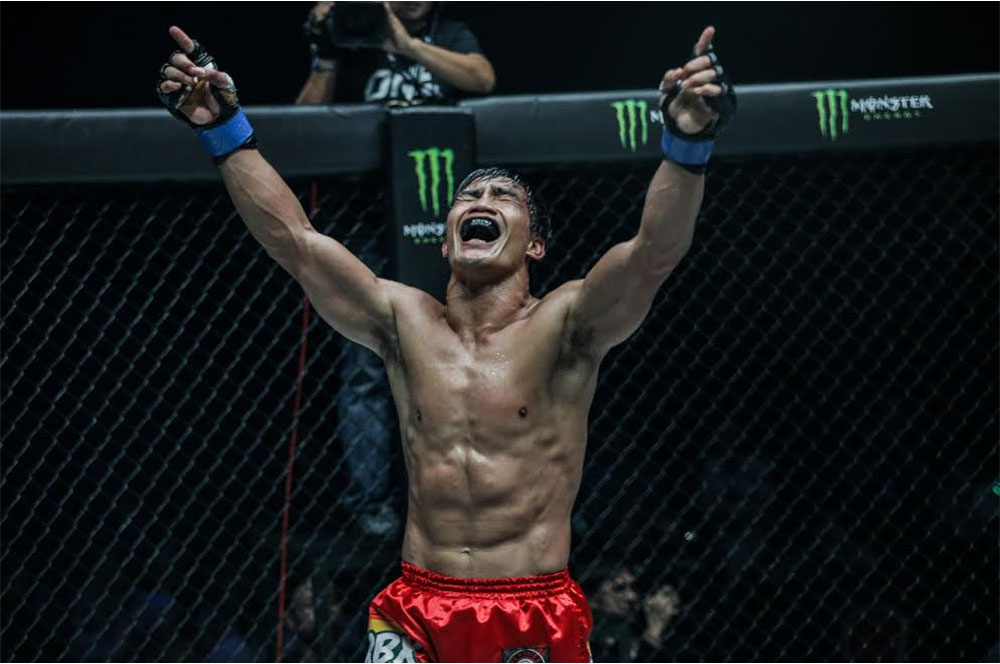 MMA world champion Eduard “Landslide” Folayang has a lot of things in common with Team Lakay comrade Honorio “The Rock” Banario, but one thing in particular has both of their names etched into the pages of history. They are the only two Filipino fighters to win MMA world titles under the ONE Championship banner.

ONE Championship, of course, is today widely regarded as the biggest mixed martial arts promotion in Asia.

However, Banario’s reign as ONE Championship’s featherweight kingpin did not last long as he yielded to Japanese veteran Koji Oishi via second-round knockout three months after winning the belt.

On Friday, 21 April, Folayang will make the first defense of his title against Malaysian-Kiwi sensation Ev “E.T.” Ting in the main event of ONE: KINGS OF DESTINY, which takes place at the 20,000-capacity SM Mall of Asia Arena in Manila, Philippines.

As fans eagerly await his return to the cage, Folayang reveals that he plans to beat Ting and keep the belt, becoming the first member of Team Lakay to do so in ONE Championship.

“My goal is to retain my lightweight title. Continuing to be the champion is a very tough task, but I accept the challenge. The champions that came before me -- recognized as greats and legends of the sport -- every single one of them faced contenders that challenged their prowess as champions. In April, I will have the opportunity to show the world why I hold my coveted title,” he said.

Folayang conveyed his excitement with regards to his upcoming bout. He could hardly contain himself. The bout signifies the first time that Folayang will be fighting in the Philippines since December 2014.

Although he is absolutely looking forward to performing in front of his fans, Folayang admitted that he has certainly felt the pressure.

Folayang’s last ONE Championship outing on Philippine soil did not wind up in his favor. The Filipino warrior bowed down to Russian standout Timofey Nastyukhin by way of a first-round knockout that was so devastating, it sidelined him for over a year. Nonetheless, Folayang welcomes the opportunity to rewrite history and to score a much-needed big win at home.

“I am excited to fight again in front of my countrymen. All of my fights in 2016 took place outside the Philippines. I’m thankful for this opportunity because I can erase the painful memory of my last fight in Manila,” Folayang stated.

“I can feel both the pressure and the excitement for this fight. The important thing right now is that I maintain my focus as the fight approaches,” he added.

The knockout setback to Nastyukhin acted as a wakeup call for Folayang as the 33-year-old Baguio City native authored a career resurgence in 2016, winning three consecutive bouts against top-notch foes, while showcasing a highly-improved wrestling and grappling offensive arsenal.

If history were to be used as the sole basis, there is a certain degree of semblance in both Folayang and Banario’s championship runs. They both overcame insurmountable odds and they both won their titles on foreign soil. And just like Banario, Folayang will now be making the his first title defense at home.

Although Banario wasn’t successful in keeping his belt, Folayang vows to do everything in his power to make sure that history will not repeat itself.

“Everything happens for a reason. My career is a true testament to that. In tough situations, you need to have faith, hard work and dedication. I am not being complacent because I don't want to let my countrymen down. I will make sure that the belt stays in the Philippines,” he ended.