PSC checks in on Tokyo 2021 qualifiers 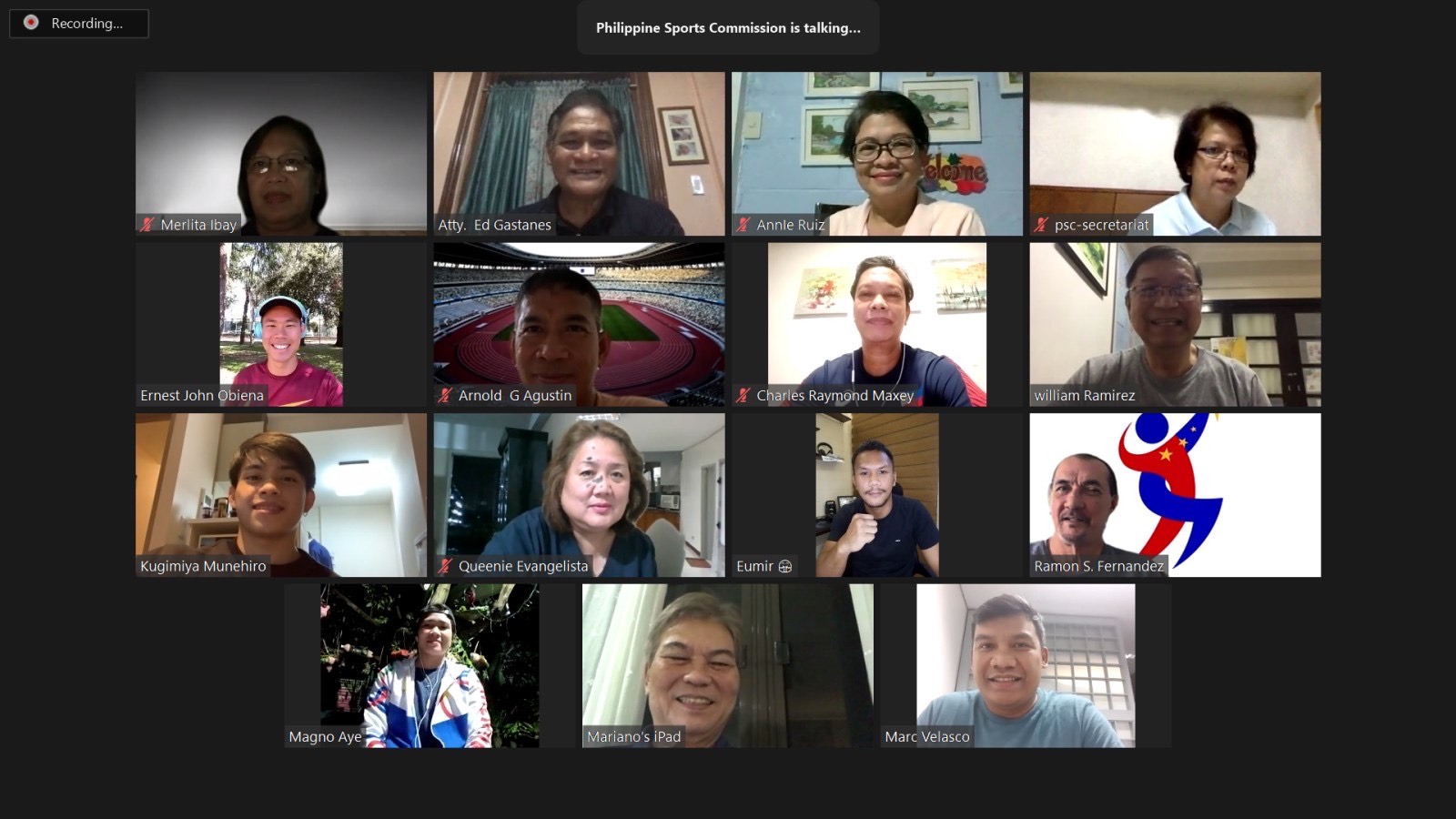 Like a father caring for his children, Ramirez hosted the call to check the present condition of the four elite athletes, and assess where the sports agency can still help.

Joining in from Italy, six hours behind Manila time, Obiena informed the group that he gained some weight during the pandemic.

“My nutritionist and I are paring down since I started the season a little bit heavy. I will get back in shape,” said the pole vaulter, who is training in Formia, Italy.

Caloy, who just came back from school in Tokyo congratulated Obiena for his historic gold medal win in Ostrava Gold Spike. He related that he also gained weight during the lockdown, but has since rebounded and is now maintaining his weight.

Meantime, Marcial, who is set to leave for Los Angeles on Sunday to kick off his professional training, explained that he is happy that this training will give him an advantage with his preparation for the Tokyo Olympics. Ramirez told him to brush up on his English since he would need it more now that he would soon be meeting a lot of people, to which Marcial replied with broken English, joking with the sports officials.

The lone lady, Magno, who became the first Filipina to qualify in the Games, is regularly training online in Janiuay, Iloilo.

CDM Araneta said that they serve as good role models and thanked them for being "a unifying force" in the country. Gastanes also thanked them for their sacrifices and echoed the hope of everyone for a successful Olympic campaign.

It was a fun and light exchange with the four athletes all thanking the PSC for its support. Obiena commented that he knows how hard it is to scavenge for funding, especially during this crisis. Marcial appreciated the efforts of the PSC to continue with their provision of allowances.

Ramirez wrapped up the virtual dialogue with an assurance to have more conversations in the future. The sports chief reminded the four athletes to keep focused, use their time to improve their knowledge, and never to forget connected with their parents.