In the third and last episode of Heroes of Halftime, former Azkals player Anton Del Rosario and Luntian Futsal School Coach, Player, and Manager Johann Casal bring forth a lighter side of the football world amidst the lockdown, as they talk about 7s Football League (7s FL) and their ongoing efforts in keeping the football community alive.

While tournaments are put on hold, Del Rosario speaks about the ever-growing 7s FL, a 7X7 amateur football association he founded, and how it brought together athletes of all ages that share a common passion for the sport.

“We focus a lot in creating an atmosphere,” said Del Rosario. “We are about 250 to 300 teams playing every weekend. So, when you come to our games, we’ll have kids playing throughout the day, and then have the adults take over. While we’re doing it, we have concessions and music.”
Casal, who is also a member of 7s FL Muntinlupa division, gives an affirmation on the league’s tight-knit bond, and expresses excitement to go back on the pitch once the quarantine restrictions are lifted.

“The 7s is very different because it is more community-based. When we go to the games, it’s like a reunion. We really battle it out on the field but after the game, we all crack open a can of beer and just enjoy each other’s company,” Casal shared.  “In fact, my players are already asking when are we going to resume?”
Del Rosario assures that most of the football clubs are fit and ready to go back to the fields and play. Expressing his confidence in the athletes’ ability to perform in “fan-less” games, he said: “I’ve spoken to the managers of my teams and according to them, all their players are all ready to get back on the field. Fan-less or with fans, I think the players are still able to bring it and give a very good match. ”

In an effort to keep the football circuit in motion, both athletes reveal that their respective organizations have put online programs in place that their communities can take part in. Del Rosario announced that they have recently launched the 7X7 Electronic Football League, where they organize eight different tournaments each week to compete for the Championship Cup. Meanwhile, Casal is leading online coaching videos for the Luntian Futsal School on Facebook to keep children in shape and an opportunity to improve their football skills.

Heroes of Halftime is a weekly show that aims to provide a platform that will keep the sports community connected and continue to have a voice despite the restrictions caused by the epidemic. It features sports authorities, athletes, coaches, team owners, and fans and present their challenges, points of view, or tips on how to outlast the effects of this coronavirus.

The 20-minute program airs on the YouTube channel of Audris Romualdez (https://www.youtube.com/channel/UCryMBec3EJH-qGyQdIYxCfQ/featured). 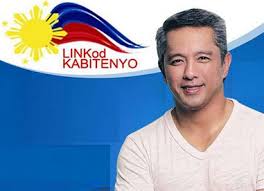