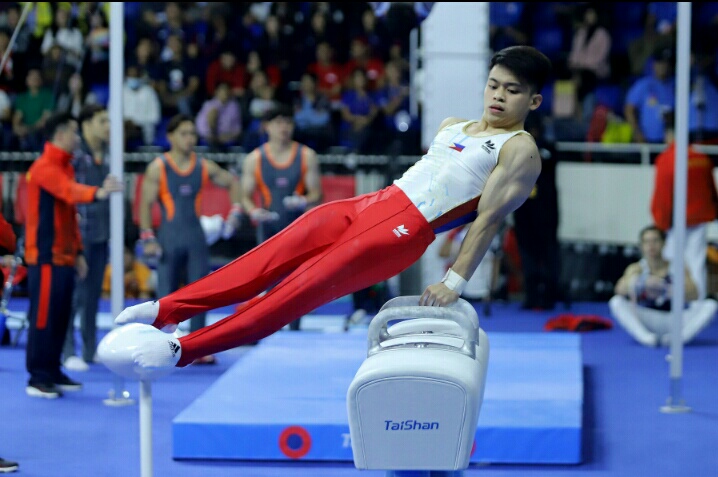 The all-around gold is one of seven in men’s artistic gymnastics the Philippines is hoping to sweep through Yulo, the reigning world champion in floor exercise.

Yulo admitted there was pressure to perform in front of the home fans after his victory in the 48th Artistic Gymnastics World Championship in Stuttgart, Germany.

“It’s very different. I’m pressure because I know I have a chance to win a medal. I prefer competing without a chance of a medal. There, I can really give my best,” Yulo said in Filipino.