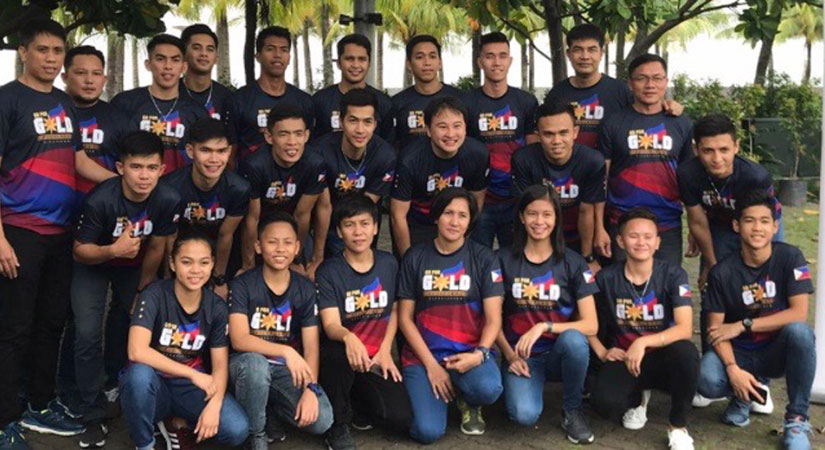 The Philippine sepak takraw team completed a twinkill in hoop event to kick off its 30th Southeast Asian Games campaign in style Sunday afternoon before a packed crowd here at the Subic Gymnasium.

Buoyed by the women’s breakthrough triumph earlier, the Filipino sepak takraw bets did not disappoint with a big follow-up victory as the hosts started strong on their four-gold medal bid in the biennial meet rolling off until Dec. 11.

Mentored by Rodolfo Eco, the Jason Huerte-led squad registered 670 points against Laos’ 430 to create a big cushion which Cambodia never got to erase in the process.

During the 30-minute event for each team to score points into the high-arching hoops, Cambodia recovered from a slow start to manage  450 points, bumping off Laos for the silver medal.

Myanmar, the silver medalist in the 2017 regional conclave held in Kuala Lumpur and a perennial sepak takraw powerhouse, heated up late but ran out of time for  640 points.

Autor was joined by teammates Josefina Maat, Sara Jean Kalalo, Mary Ann Lopez, Jean Marie Sucalit and Abigail Sinugbohan who will also be out to display another dazzling performance in the women’s regu event starting today.

The Nationals are eyeing three to four gold medals in the six-event sepak takraw to claim the overall championship at home after a fifth place finish with two silver and bronze medals two years ago in Malaysia. PR