‘An award is a reminder’ 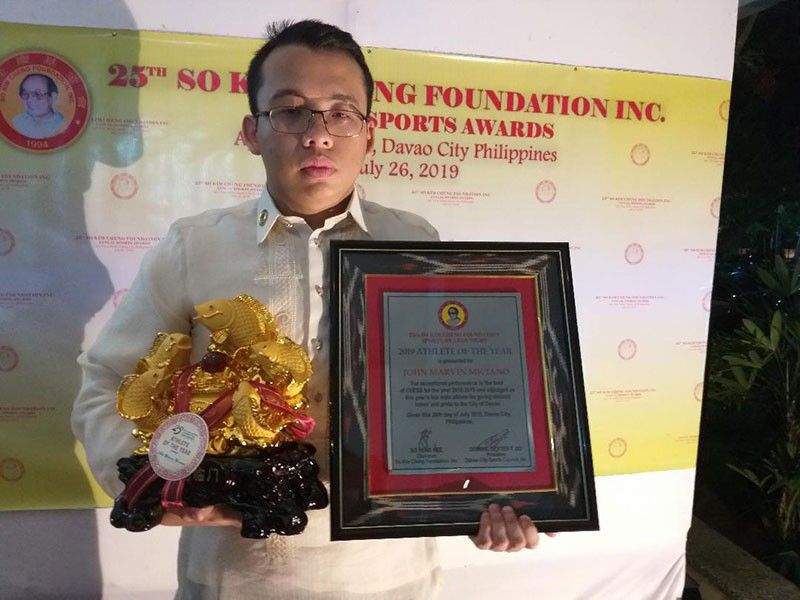 DAVAO City Mayor Sara Duterte-Carpio, in her message, cited the ways that an award can remind athletes who were feted during the 25th So Kim Cheng Sports Foundation Awards Night at Ballroom A of the Apo View Hotel Friday, July 26, Saturday.

Duterte-Carpio, who is currently on leave, said in her written message, read by Davao City Councilor Jonard Dayap, "To our awardees, more than a recognition, an award is a reminder of your hard work and of your growth as an athlete. A reminder of the times you failed but never gave up, which is the reason why we have gathered here, not just to celebrate your success but also to recognize the valuable lessons you have learned from your failures, lessons that have granted you victory."

The mayor said she applauds the awardees and that she looks forward to the kind of persons they will become in the future - Dabawenyos who will inspire the youth not just with their sports victories but also with their courage, determination and passion.

Duterte-Carpio also congratulated the men and women behind SKCFI and Dabaw City Sports Council, Inc. as the foundation gears towards becoming a full-fledged foundation after 25 years of improving lives of Dabawenyos through sports.

Vice Mayor Sebastian "Baste" Duterte also sent Sangguniang Kabataan federation president Jaffar Marohomsalic as his representative to the event. Duterte thanked the athletes for the achievements and great honor that they have given the city and the country. "We are all very proud of you. May you continue to inspire your countrymen, especially the youth, by showing them the importance of discipline, dedication and professionalism," Duterte said in his written message.

"This is motivating for me to work harder," 18-year-old Miciano, who won a boys-under-18 standard individual gold medal in the Open International de Sitges in Spain and a silver in Bruges Masters 2018 in Belgium, said.

Gawilan, a 3rd Asian Para Games triple gold medalist in Jakarta, Indonesia, for his part, thanked SKFCI for recognizing athletes with disabilty like him. "Dako ni sya nga dungog sa mga PWD (This is great honor for PWDs)," he said.

Outstanding athletes in different sports under the DCSC were also feted along with media partners, supporters and sponsors.