Far Eastern University fought defending champion La Salle to a 2-2 split to cling on to the solo lead after six rounds of the UAAP Season 82 Women’s Chess Tournament at the UST Quadricentennial Pavilion Sunday. The Lady Tams took the early edge after former national champion Shania Mae Mendoza agreed to a 36-move draw with fellow Olympiad vet Marie Antoinette San Diego of a Queen’s Pawn London System on board one and Rizalyn Jasmine Tejada flattened Franchell Eds Javier’s Pirc Defense in 45 moves on board four. But the Lady Archers came charging back with Ella Grace Moulic rallying his team with gritty escape win over Bea Mendoza in 50 moves of a Caro-Kann duel on board three and Samantha Glo Revita halving the point with Marife dela Torre in 71 moves of a quiet Slav formation on board four that sealed the come-from-behind standoff. After six rounds, FEU thus clamped their stranglehold of the lead with 18 points, or three points ahead of La Salle with 15. Ateneo engaged National University in a dogfight before ending up with an entertaining 2-2 draw as all four boards ended in victories. The Lady Eagles then watched the University of Santo Tomas Lady Woodpushers fall to the University of the Philippines Lady Maroons, 1.5-2.5, to zoom to second place with 14.5 points. UST slipped from No. 3 to No. 4 with 14 points. The only other game pitting Adamson and University of the East likewise wound up in a 2-2 result. UAAP Season 82 Men's Chess FEU blanks UP, keeps grip of UAAP Men’s Chess lead UAAP Season 82 Men's Chess - FEU - MORADO, JETH ROMY.jpg Far Eastern University white-washed University of the Philippines, 4-0, to keep its lofty perch after six rounds in the men’s division of the UAAP Season 82 Men's Chess tournament at the UST Quadricentennial Pavilion Sunday. Reigning national juniors champion and World Juniors Championship-bound Jeth Romy Morado led the carnage with a win on top board while RK Sevillano, JM Jacutina and John Jasper Laxamana followed suit with triumphs on the lower in helping hike the reigning champions’ total to 18 points. The Morayta-based woodpushers are now four points atop the field that is headed by University of Santo Tomas, which turned back National University, 2.5-1.5, to stay at distant second with 14 points. Julius Gonzales and Melito Ocsan, Jr. had hurdled both their opponents on the top two boards before Brylle Genver Vinluan wrapped it all up with a draw with King Alexander Reyes on board four. Samson Lim III had a chance to make it a 3-1 win with a draw but he suffered a mental block out and forgot to claim the standoff via the “50-move captureless” rule and dropped a heartbreaking defeat instead to Jayson Danday on board three. “I scolded him (Lim) because he was should have not missed claim the draw because it happened with his teammate right beside him,” said UST coach International Master Ronald Dableo. For FEU coach Jayson Gonzales, a Grandmaster, it is not yet time to celebrate. “It’s too early, the first round is not even finished yet. We have to continue to work harder and stay more focused,” said Gonzales. In other results, Ateneo clawed bitter rival La Salle, 2.5-1.5, and Adamson overcame University of the East, 2.5-1.5. UAAP Season 82 High School Chess Runaway UE train slows down with draw, but stays on top UAAP Season 82 Boys Chess - UE - PARRO, FRANCIS.jpg University of the East’s runaway train got slowed down by a 2-2 standoff with National University but remained unperturbed on top after six rounds of the 82nd UAAP high school boys’ chess tournament at the UST Quadricentennial Pavilion Sunday. Lee Roi Palma continued his giant-slaying ways on top board as he stunned ASEAN Youth campaigner Chester Neil Reyes in 55 moves using the Two Knights set up with black Francis Roi Parro delivered the other win—a 60-move result over Joseph Lawrence Rivera of a Budapest Gambit—on third board. It was another resounding win for Palma, who has destroyed everyone in his path including ASEAN Age Group champion FIDE Master Alekhine Nouri of defending champion Far Eastern University a few rounds back. But the Bullpups, third placers a season ago, denied the Junior Warriors their sixth straight win after Mark Gerald Reyes and Dennis Gutierrez, Jr. downed Noel Geronimo and John Kenneth Gelva on second and fourth boards, respectively, to escape with a draw. It didn’t, however, nudge the UE juggernaut a bit as it continued to lead the way with 18.5 points, a full five-point edge ahead of NU with 13.5 points. In other results, University of the East edged Adamson, 2.5-1.5, while a Nouri-paced FEU battled La Salle-Zobel to a 2-2 draw.
News

THERE will be 16 teams competing from different cities of Negros Occidental in the Premier Volleyball League Youth Festival on Sunday (Oct. 6) at the St. John Institute in Bacolod City. The first-ever girls under-12 tournament is part of the festivities for the upcoming PVL Open Conference doubleheader in the City of Smiles on Oct.13 at the USLS Coliseum. Among the teams joining are Pulupandan, San Carlos, Bago City and Silay as well as Bacolod-based schools University of St. La Salle, Tay Tung, SJI and Bago. The Youth Festival is a provincial wide effort of PVL to give more opportunity for the young to get access to competitive games. "This is in the effort of growing the local talent for volleyball and create an avenue for more opportunities for the young through playing sports," said organizer Bea Tan. Defending champion Creamline will take on PetroGazz in a rematch of the Reinforced Conference championship at 4 p.m., right after Pacifictown-Army and BanKo-Perlas take the floor at 2 p.m. Also in tap is a coaching seminar on Oct. 11-12, as well as mall visits by PetroGazz, Pacifictown-Army and Creamline at the Ayala Capitol and a welcome dinner at NGC Bacolod on Oct 12. Those two explosive matches will have a lot of implications in the semifinals race as the season-ending tournament reach the crucial phase of the second round. A long-time promoter of volleyball in the different areas of the country, organizing GRID Athletic Sports is bringing to the people of Negros exciting PVL volleyball games for them to watch thrilling and action-packed games between the league's powerhouses live in time for the MassKara Festival. In partnership with PVL, GRID Athletic Sports will also conduct several other activities lined up to strengthen the volleyball program locally through coaching seminars, grassroots volleyball workshop and motivational guest speaking from volleyball athletes all happening prior to the much awaited games. For ticket inquiries, please contact 0916-2818162
News

Otto Wallin believes he is at elite heavyweight level and insists he is not bothered by criticism of his ability as he prepares to fight Tyson Fury. The Swede, 28, faces Britain's Fury in Las Vegas on 14 September. Anthony Joshua - who has sparred Wallin extensively - recently said he would face criticism if he were to choose to fight "lower-tier heavyweights".

NBA.com conducted its annual rookie survey on Monday, asking this year's class of draftees seven questions about their fellow 2019 draft picks. In looking at the responses, one thing stands out among everything: Only five percent of rookies believe No. 1 overall pick Zion Williamson will end up having the best career. Here's how the voting broke down: 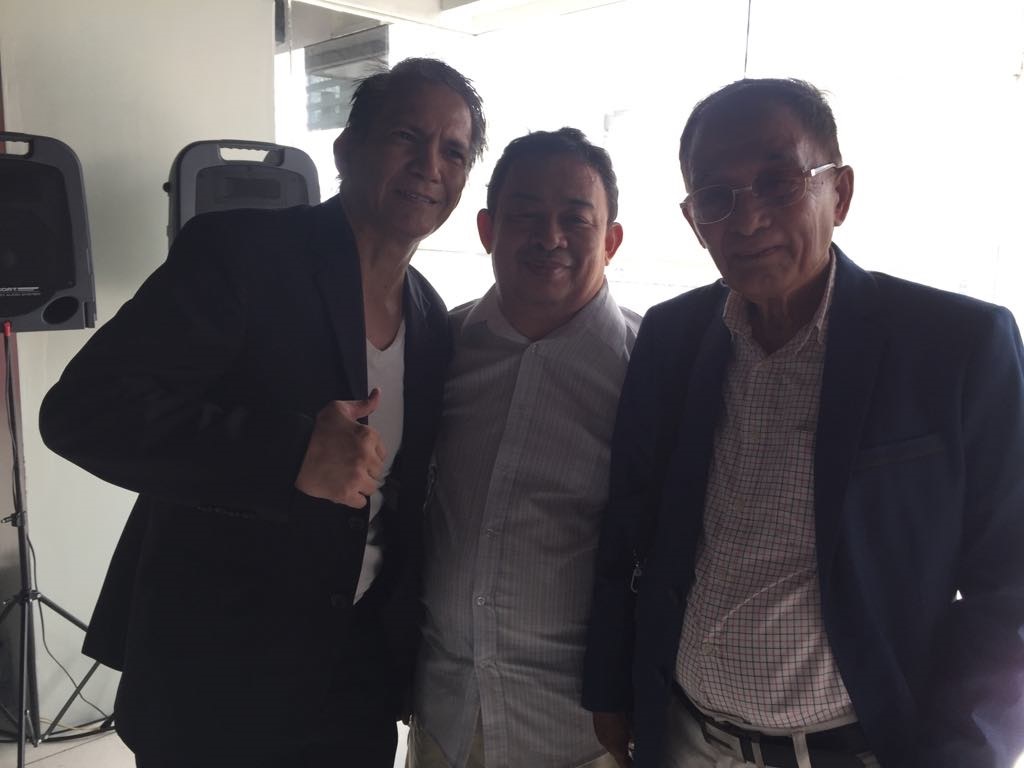 by Marlon Bernardino THE staging for the 2nd Torrevillas Knights Cup Open Rapid and Kiddies chess tournament gets underway on August 21 at the Samar College in Catbalogan City, Samar. The one-day tournament is being held in celebration of the Feast of Saint Bartholomew 2019, backed up by Torrevillas Knights in cooperation with the Catbalogan City Chess Club and the Hermano Mayor of the Feast of Saint Bartholomew 2019. 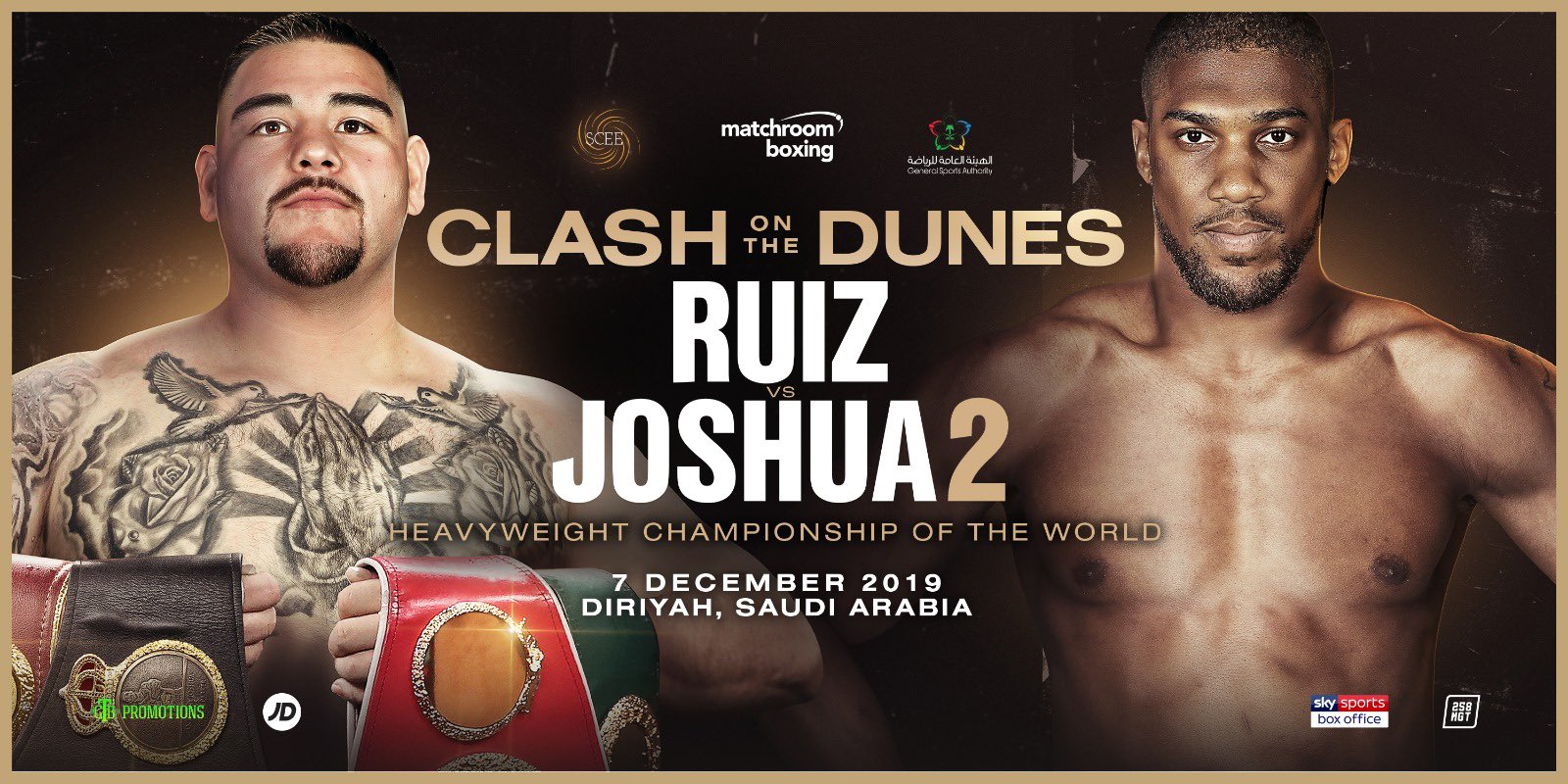 Andy Ruiz Jr. will be respected as a world champion for his rematch with Anthony Joshua on December 7th in Riyadh, Saudi Arabia, says Matchroom promoter Eddie Hearn. However, the 29-year-old Ruiz Jr. might not get a bump in pay like he reportedly wants. 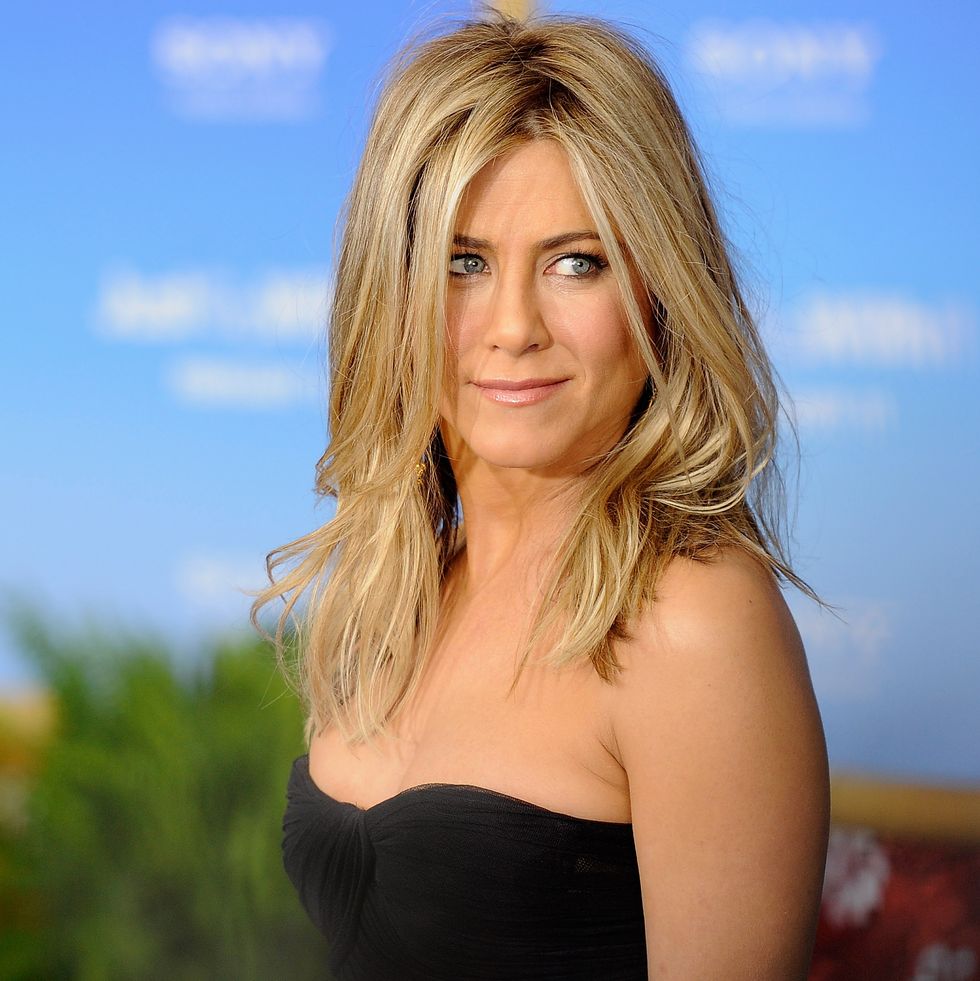 Jennifer Aniston is aware just how special Friends is. Speaking to InStyle to celebrate the magazine's 25th anniversary, Aniston opened up about her time on everyone's favorite sitcom, and what she misses most about working with the dream team. She explained, "I started to find my confidence when I was on Friends, for sure," and continued, "In a way, being on that show was the ultimate trust exercise. There was comfort in numbers there, so we all held each other up." 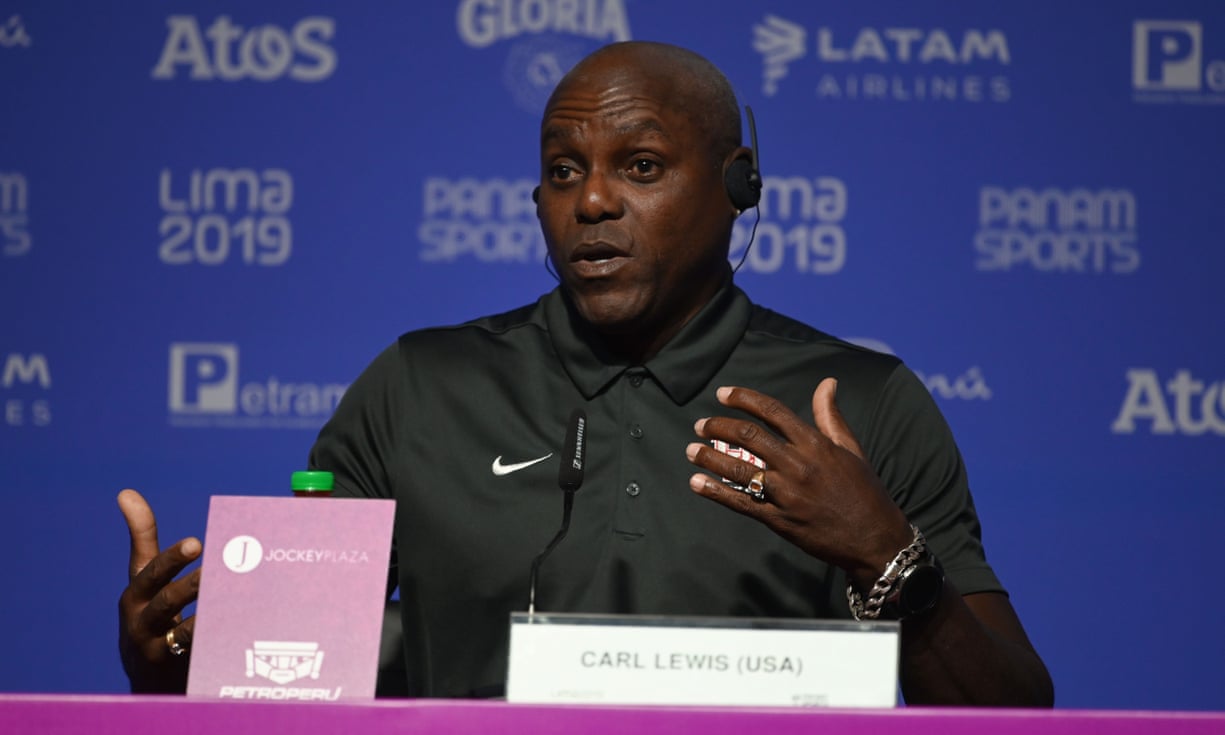 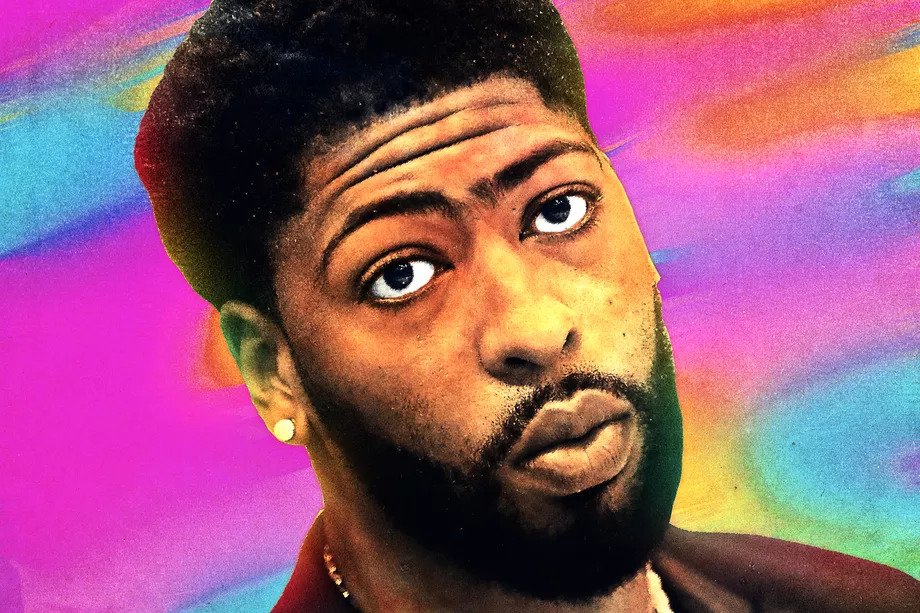 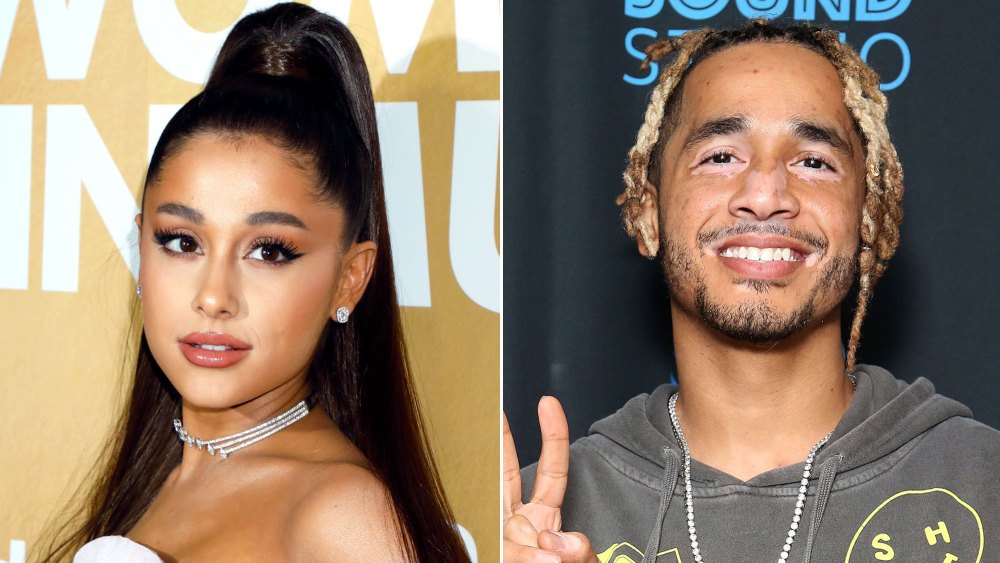 Back for more! Ariana Grande and her rumored new beau, Mikey Foster, enjoyed another night out in Chicago on Monday, August 5.

The “Boyfriend” collaborators returned to Siena Tavern for the second consecutive night, and they were joined by a group of friends as well as the Grammy winner’s mom, Joan.

“Ariana and Mikey were holding hands at one point while they were there,” a source tells Us Weekly exclusively, noting that the duo “arrived separately.”

Twenty-four hours earlier, Grande, Foster and more than a dozen other people stopped by the Italian restaurant after the 26-year-old pop star’s headlining set at the Lollapalooza music festival. Grande and the Social House member sat “next to each other during dinner” at a surprise party for one of her bodyguards, according to an eyewitness.