Curry, Thompson and Green will missed games due to injury 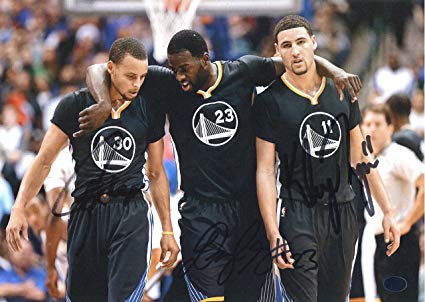 Not more than 48 hours after his teammate Steph Curry broke his left hand, Draymond Green seems to still be reconciling the loss.

The absence of Curry is a big blow to an already battered team. In the last month, five players have missed games due to injury, including star guard Klay Thompson, who will be re-evaluated in February.

Of the healthy bodies on the roster, Green is the longest-tenured Warrior and the only one with NBA Finals experience, a fact the forward is adjusting to. Defense minister Draymond seemed more concerned about how Curry's broken left hand that will miss three months after undergoing successful surgery. "I'm more worried about the Steph that can't pick up Canon," Green said. "The Steph that can't toss [his daughters] Riley and Ryan around.

"Not more than that," Kerr said. "I definitely don't want to drive him up to the 40-minute mark. That's too much. We got a back-to-back; we play again tomorrow. We'll just sort of take it game by game and see how he's doing, but we were right there late in the third and so we wanted to make a push with him out there. So we played him a few extra minutes tonight than we normally would, but I thought he played well."

Thompson gets a full 15 months off from playing in NBA basketball games. Curry gets all his rehab time off, and probably a lot of time even when he "returns" as the Warriors will almost inevitably be in at least pseudo tank mode by then. Whether they'll overtly start sitting healthy players behind fake injuries remains to be seen, but they are not going to be putting their best foot forward. If and when Curry does return this season, it certainly won't be to try to score 30 a night.