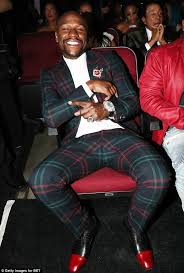 Former five-weight world champion boxer Floyd Mayweather will pay the funeral costs of George Floyd, his management company has confirmed.
Mayweather told Hollywood Unlocked he had reached out to Floyd's family to offer support.
Mayweather Promotions shared the article on Twitter, adding the 43-year-old will "commit to paying for the funeral costs of George Floyd".
Leonard Ellerbe, the CEO of Mayweather Promotions, then told ESPN: "He'll probably get mad at me for saying that, but yes, [Mayweather] is definitely paying for the funeral.
He added that the family had accepted the offer.