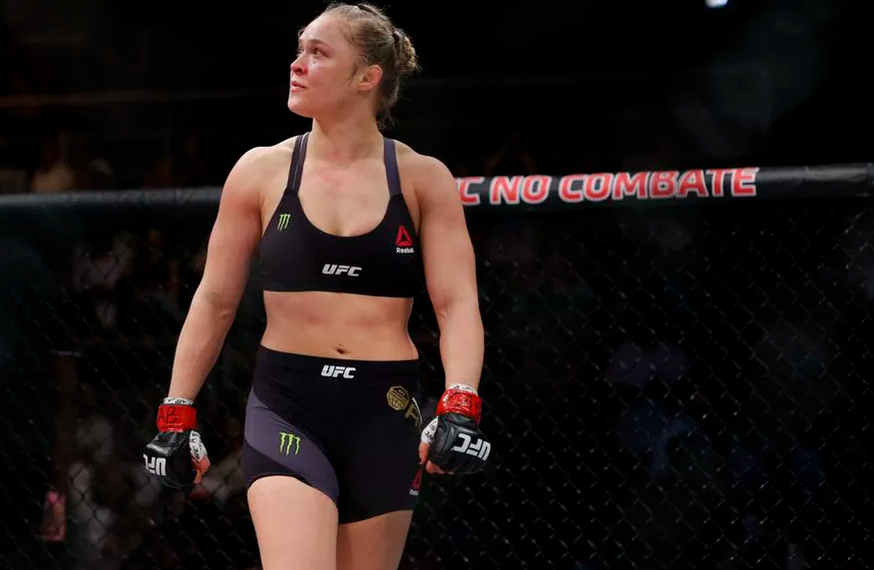 After making a successful transition from MMA to professional wrestling, Ronda Rousey may be leaving the squared circle behind for the foreseeable future.

The former UFC bantamweight champion recently became the first woman to headline the WWE’s flagship pay-per-view event WrestleMania alongside wrestling stars Becky Lynch and Charlotte Flair, and has since been on hiatus from making any other appearances for the company.

It’s no secret that Rousey has wanted to start a family with husband and fellow UFC fighter Travis Browne, and on Monday the 32-year-old crossover star provided an update on her personal and professional life via her YouTube channel:

In the above clip, Rousey confirms that she injured a knuckle in her pinkie performing at WrestleMania 35 earlier this month, and discussed how it was not her intention to become a main event player for the WWE at first.

“Originally, we approached them, or I approached them, I thought I’d only be able to wrestle from WrestleMania (34) to November because we already wanted to start a family,” Rousey said. “We came to the WWE like, ‘Hey, before we have a baby, I just want to be able to come and do this for a couple of months because it’s something I always wanted to do.’ And then it just kind of snowballed into instead of being a small detour in my life, it became my whole life for an entire year and I completely fell in love with it.”

After participating in a tag team match at WrestleMania 34 last year, Rousey became a regular on WWE’s weekly Monday Night Raw program and became the company’s storyline women’s champion last August. She carried that title until dropping it to Lynch at WrestleMania 35.

One reason Rousey stuck around to participate in that match was because of her chance to make a mark on pro-wrestling history, as she did during her rise in MMA in which she became one of the sport’s most popular and polarizing fighters.

“As time went on, I was in the company, we were kind of playing it by ear and I loved it so much and I ended up getting the title and then when it became a real possibility that women could be the main event at WrestleMania, I decided to stick around,” Rousey said. “We planned that after WrestleMania me and my amazing husband here would go off and start trying to start our family.”

Rousey revealed that she currently has two pins in her hand from surgery and that the cast she is sporting in the video is expected to come off in four weeks. When that happens, Rousey and Browne are planning to go on a vacation and work on having a child.

Browne suggested that Rousey could already be pregnant, but Rousey declined to make any concrete statements on that matter or whether she will be involved with the WWE going forward.

“As for WWE plans in the future, we want to have a baby first,” Rousey said. “I don’t know what it’s like to have a baby. I could look down at this beautiful child and be like, ‘F*ck everything, I don’t care about anything else other than this baby’ and you’ll never see me again, or I could be like my mom. She trained until she was eight months pregnant and then won the U.S. Open six weeks after giving birth. It was unbelievable, I don’t think I’m going to try and aspire to her level.

“I’m just saying, you never know, the thing is I don’t want to make any promises about the future when I don’t know how I’m going to feel in the future.”

Rousey was inducted into the UFC Hall of Fame last July. While neither she nor Browne have officially declared themselves to be retired, Rousey has not competed in MMA since December 2016 and Browne has not fought since July 2017.