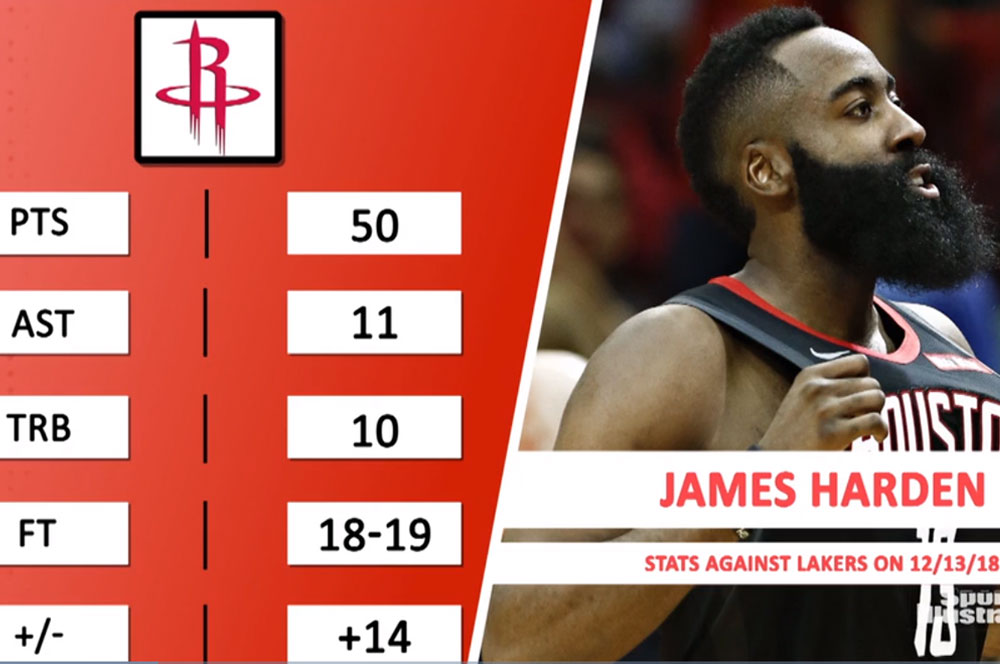 Houston Rockets guard James Harden has been a scoring phenomenon but for the past two games, it has been historic. What’s going on? Let’s take a look.
The Houston Rockets have nine games left remaining in the season and it appears as if they are primed for the postseason. We all had our doubts early into the season but this team is peaking at the right time.

The No. 3 seed is going to be likely for the Houston Rockets but it’s anybody’s guess as far as who their opponent will be when the dust settles at the end of the season. But, the Houston Rockets have a slight chance in catching the Denver Nuggets for the No. 2 seed and that would be even sweeter.

But to be honest, as long as the Houston Rockets immersed themselves into the postseason, the rest will fall into the place. That’s a near certainty with just a minute amount of games left in this season.

I had worried that this season was going to end up like 2015-16, where the roster underachieved their way to a playoff spot in a mostly forgettable affair centered around Dwight Howard‘s displeasure of not having the offense go through him.

Howard didn’t understand that there was a movement in the league that started with the Golden State Warriors that made offensive strategy more guard-centric then having an offense run through the center. The pace was picking up and Howard was ill-equipped to adapt to the changes.

But now that season is far in our rear-view with this team most recently being the Western Conference runner-up last season, it’s time to focus on how great James Harden has been this season and it’s hard to fathom how life would be without him.

Jonathan Feigen of the Houston Chronicle pointed out an interesting stat about Harden and it’s doozy.

What’s going on? Harden’s 57 points in a shocking 126-125 overtime loss to the Memphis Grizzlies this past Wednesday and his groundbreaking, 61-point performance in a incredible Friday night win over the San Antonio

Feigen indicates that those said points are the most scored in consecutive games over the past 50 years. He also added that the six games that he has scored 57+ points is more than any other player — with the exception of Wilt Chamberlain — in the history of the Association.

Wow. When your name is mentioned among one of the NBA’s greatest sons, that’s just the type of stuff that exudes excellence. Do I need to tell you that this man scored 100 points in a game, a record that still remains intact to this day? Yep and I certainly wish I was alive to see that incredible moment against the New York Knicks in Hershey, Pa. back March 2, 1962.

This season that has been loaded with extraordinary accolades has been something short of remarkable for 2018-19. I cannot express enough in regard to how proud I am of him of what he’s doing and how his impact continues to transmogrify the Houston Rockets as we know it.

But one thing’s for sure, he’s far from done in his jaw-dropping efforts and I do believe that his best is yet to come. Let’s keep an eye out!