No sympathy for Conor McGregor

“I want to stay humble, but I have to talk because the other guys talk too much, and... I understand the crazy power the UFC PR machine has.”
--Khabib Nurmagomedov

NEW YORK CITY -- It isn’t difficult to like Khabib Nurmagomedov as an Ultimate Fighting Championship (UFC) choker, but it’s difficult to accept his manners and unrestrained tantrums. 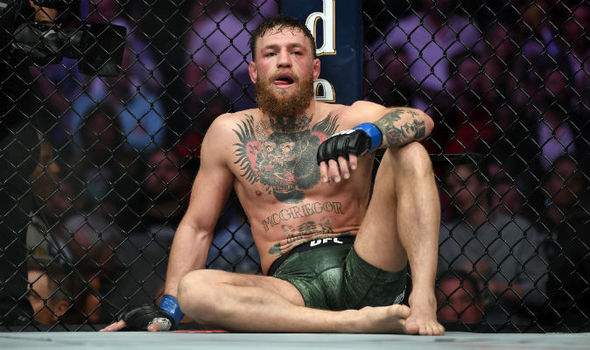 “I want to stay humble, but I have to talk because the other guys talk too much, and... I understand the crazy power the UFC PR machine has.”
--Khabib Nurmagomedov

NEW YORK CITY -- It isn’t difficult to like Khabib Nurmagomedov as an Ultimate Fighting Championship (UFC) choker, but it’s difficult to accept his manners and unrestrained tantrums.

Even Mike Tyson admitted in a “twit” his notoriety as a ring monster paled in comparison to what Nurmagomedov displayed minutes after humiliating Conor McGregor via submission (neck crank) at 3:03 of Round 4 at the T-Mobile Arena in Las Vegas on October 6, 2018.

Perhaps wanting to explode owing to his pent-up rage against McGregor’s pre-fight misdemeanors and abuses, Nurmagomedov, an undefeated Dagestani champion who wrestled bears as a child and has never lost so much as a round in the UFC in 27 brawls, couldn’t control himself as he leaped out of the cage and attacked McGregor’s cornermen that erupted into an ugly melee.
Nurmagomedov may have decisively defeated and exposed the “dimwit” McGregor and made a good account of himself as a champion, but fans will remember not his impressive performance that night, but how he destroyed the image of UFC with his cheap stunt and abrasive behavior.

Flashback on August 26, 2017 in the same Octagon, we had but a little sympathy for McGregor when Floyd Mayweather reduced him to a slick-moving punching bag before stopping him by 10th round technical knockout (TKO).
It was a mismatch of epic proportions and I have been insisting before the fight there was no way for any UFC bully to roll past a scientific boxer in match governed by boxing rules and regulations.
We were all taken for a ride when the duel was hyped successfully as "The Money Fight" and "The Biggest Fight in Combat Sports History" and fans went gaga over the lopsided rumble.
In losing to Mayweather, McGregor showed some restraint and professionalism before and after the fight which made many of his fans love and adore him more.
But in his brawl against Nurmagomedov, even some of his countrymen living in the United States were embarrassed with his unsportsmanlike behavior when he showed up at Barclays Center in Brooklyn just after the conclusion of a UFC 223 media day on April 5, looking to confront one of that weekend's main event fighters and threw a steel dolly through the window of a bus carrying the fighter he was targeting, lightweight champion Nurmagomedov, as well as several other fighters and UFC staff--some of whom were injured in the attack.
This was McGregor’s lowest point and we offer no sympathy for his destruction in his bout against Nurmagomedov.

The genesis of the notorious drama came when Artem Lobov, a friend and training partner of McGregor's, spoke to reporters in his native Russia and was critical of Nurmagomedov. "Khabib pulled out six times already. He always pulls out of fights," Lobov said in Russian, according to a translation on MMAimports.com. "If something hurts a little bit, his a-- or whatever, he pulls out. He can't even make weight. He doesn't give a s--- about his fans, that everyone flew from Russia--even getting a visa is a pain, and travel expenses--all in order to see him, and he doesn't show up. And it's not once, not two, three or four times.
Latest news said McGregor and Nurmagomedov were both facing being banned from UFC after the brawls erupted at the end of their Lightweight Championship.
The Nevada State Athletic Commission (NSAC) was reportedly preparing to file complaints against the pair after ugly scenes which marred Nurmagomedov’s fourth-round victory.
Commission chairman Anthony Marnell and his colleagues have initiated a full investigation and will be looking at film footage and interviews with all those involved.
Nurmagomedov issued an apology in his post-fight press conference but scorned McGregor’s behavior in the build-up to the fight.